​Arsenal will take on Olympiacos in the Europa League round of 32 in February, after the two were placed together in Monday’s draw.

With their league season now looking like a write off the Europa League seems like Arsenal’s only legitimate hope of making the Champions League next season.

They’ll have their work cut against Olympiacos though, who are a team with great European pedigree.

Here, 90min breaks down what awaits ​Arsenal when they land in Athens…

How They Fared in the Group Stages 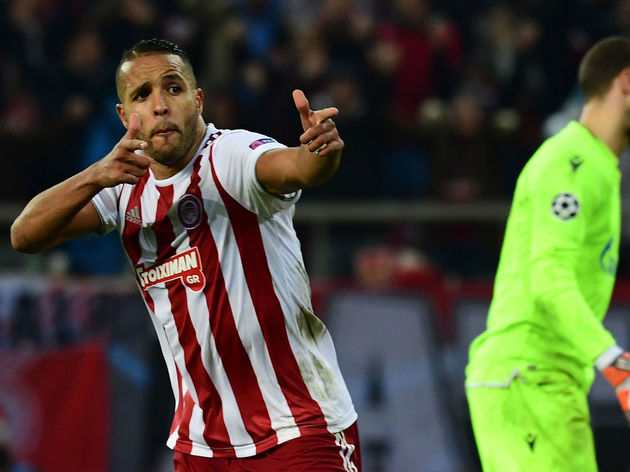 Olympiacos are one of eight teams to have dropped down from the Champions League into the Europa League knockout stages.

They came third in a group containing ​Spurs and ​Bayern Munich, but ran Arsenal’s north London rivals close on both occasions, drawing 2-2 in Greece and going 2-0 up at the Tottenham Hotspur Stadium. Daniel Podence is without a doubt the best player in this Olympiacos side. In fact, Arsenal have actually been ​linked with a January swoop for the Portuguese playmaker.

Mathieu Valbuena is also a big name in the squad, but it is Podence who really stood out in the Champions League group stages where he scored in the 2-2 draw with Tottenham. 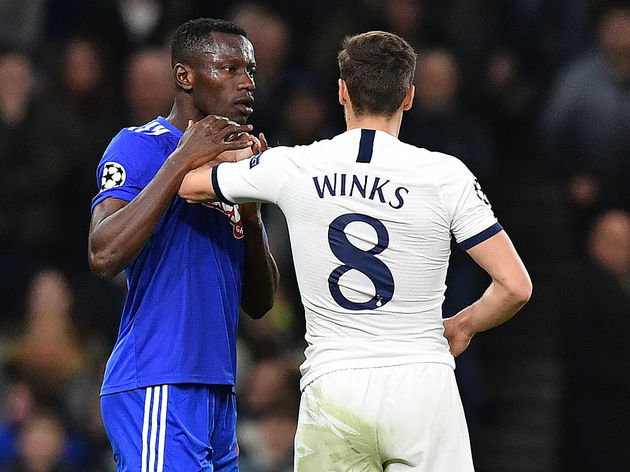 Olympiacos don’t have many youngsters in their squad, but one who does stand out is 20-year-old midfielder Mady Camara.

The Guinean was linked with moves to ​Watford and ​Newcastle in the summer​, and featured in all but one of the Greek sides Champions League matches. Olympiacos have a history with Portuguese managers with former ​Everton manger Marco Silva and his rumoured successor Vitor Perreira having both plied their trade there in the past.

Their current boss Pedro Martins follows in that illustrious company, and plays a high-pressing attacking style that has the Karaiskakis Stadium faithful on the edge of their seats nearly every week. 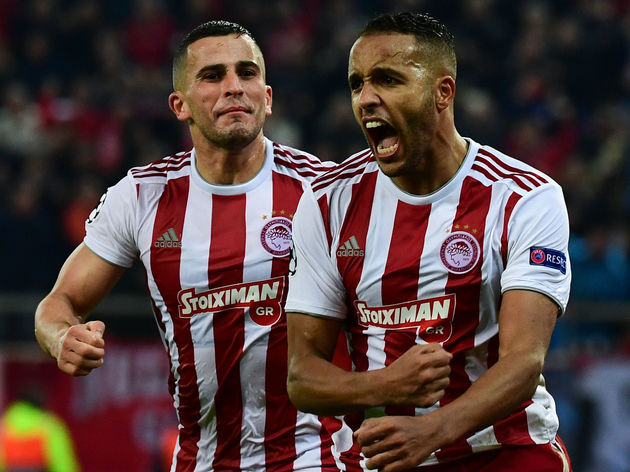 As mentioned before, their manager’s offensive brand of football means that Olympiacos’ strength lies in their attack. They are at their most dangerous when on the counter.

In Youssef El Arabi they have a prolific striker, who has already netted 13 times this season. Add to that the creative force of Podence and Valbuena in behind and they are a potent threat going forward.

The overlapping fullbacks of Omar Elabdellaoui (once of ​Hull City) and Konstantinos Tsimikas could cause real problems for Arsenal’s ropey defence. ​As a side that is used to dominating possession in their domestic matches, Olympiacos tend to struggle when they are required to defend, as they will have to for large periods against Arsenal.

They tend to leave gaps with their high pressing style and conceded the second highest number of goals in the Champions League group stages with 14 this season.

Their defenders individually – like Arsenal’s – aren’t great either. In fact they committed the most errors leading to goals (5) in Europe’s elite competition this season. If ​Pierre-Emerick Aubameyang, ​Alexandre Lacazette and Nicolas Pepe fancy it, they could get a few in Greece.