​Olympiacos: A profile of Arsenal’s

There’s no way of sugar-coating this one – Olympiacos are the most successful Greek team of all time. Nicknamed times – their last victory coming in the 2016/17 campaign.

Not only that, Olympiacos have lifted the Greek Cup a staggering 27 times – which yes, is another record. But outside of the comfort of their own nation, the footballing giants have struggled on the European stage.

Olympiacos have only gone as far as the quarter finals of the tournament in their entire history, most notably when they were knocked out by Juventus in the 1998/99 campaign.

Thursday’s clash will not be the first encounter between the two sides. They both met during the 2009/10 season in the Champions League group stages, where ​Arsenal ran out 2-0 winners in the tie in north London, but were beaten by a single goal in Greece. Both teams qualified for the knockout stages of the European competition. 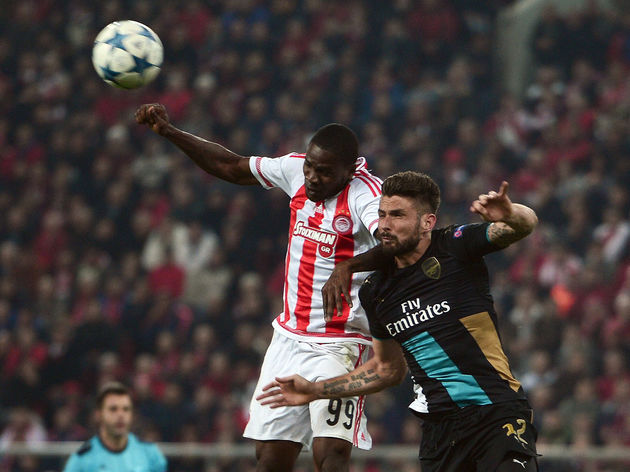 They met again in the 2011/12 season, and once again, they both won their respective home fixtures – but only the Gunners could progress to the next round. Olympiacos were pitted against Arsenal once more in 2012 in the group stages, and the same pattern of winning at home and losing away took place, with Arsenal pipping the Greek side to second place.

Their most recent meetings came in the 2015/16 season, and the Gunners finally ended their barren spell in Greece, smashing their opponents 3-0 away from home. Unbelievably, Olympiacos also broke their duck at the Emirates Stadium, beating the Gunners 3-2, but it was the North Londoners who qualified for the next round.

How Did They Qualify?

Europa League success will come at the price of Champions League failure for Olympiacos this season. The Greek giants were drawn alongside German champions ​Bayern Munich and last year’s finalists Tottenham Hotspur in their quest for European glory, but they never threatened to progress from their tough group, collecting only four points. Olympiacos did hold ​Spurs to a 2-2 draw in the opening game, and they took a 2-0 lead in the reverse fixture in London. Unfortunately, they were unable to hold on to their advantage, and José Mourinho’s men turned the game around to win 4-2.

Their only victory of the group stage came in a 1-0 success over Red Star Belgrade, thanks to a late penalty for the hosts.

Ruben Semedo – Plenty was expected of Ruben Semedo when he burst onto the scene as a Sporting youngster, but his career hasn’t hit the heights that were expected of him. Still an excellent defender and an exciting talent.

Mady Camara – Sheffield United have previously shown an interest in signing midfielder Mady Camara, and it’s not hard to see why. The 22-year-old is a tough-tackling, energetic, defensive midfielder, and he is certainly one to keep an eye on against the Gunners. 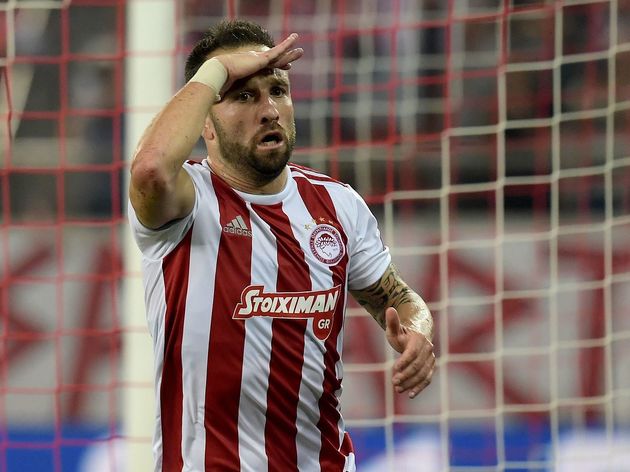 Mathieu Valbuena – Now 35 years old, Mathieu Valbuena may be past his best, but he’s still an influential figure in this Olympiacos team. With six goals and nine assists in 17 league matches, the Frenchman will prove a tricky customer for the Arsenal defence.

Emre Mor – The 22-year-old was dubbed as the next big thing when he made a move to Borussia Dortmund as a teenager, but his career has not quite panned out how many had hoped. Emre Mor is still a sensational winger on his day however, and he is possibly the most entertaining player in the Olympiacos side.

When is the Tie Being Played & Where Can I Watch the Games on TV? 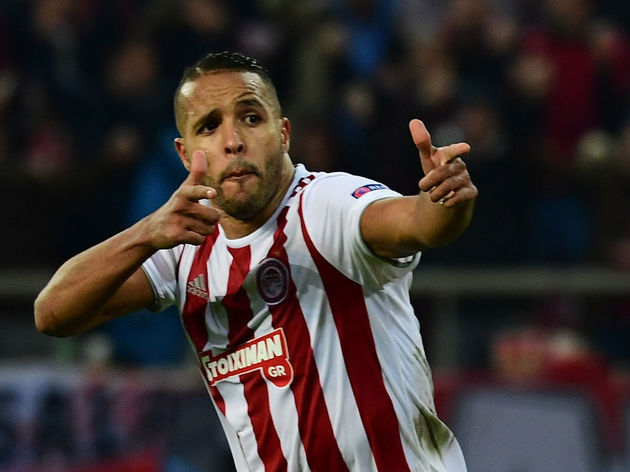 ​The first leg is being played at Olympiacos’

​The reverse fixture will be played at the Emirates Stadium on Thursday 27 February, with a kick-off time of 8pm (GMT).

Both games are being broadcast live in the UK by BT Sport.