The new signing scored twice, with Granit Xhaka and Alex Oxlade-Chamberlain also on target, as Arsene Wenger’s side progressed comfortably at the City Ground

Lucas Perez scored a second-half double as Arsenal ran-out 4-0 winners over Nottingham Forest in the third round of the EFL Cup.

Former Deportivo la Coruna forward Perez, signed for a reported £17 million in August, netted his maiden goal for Arsene Wenger’s side with a coolly despatched penalty on the hour-mark, before doubling his tally with a superb solo effort.

In the first meeting between the two sides since 1999, Granit Xhaka’s second goal in as many games – a blistering strike from 25 yards out – opened the scoring midway through a tightly-contested first-half at the City Ground.

On the 12th anniversary of Brian Clough’s death, Philippe Montanier’s side looked to respond after the interval, but any hopes of a comeback were all-but ended when Perez converted after Michael Mancienne brought down Chuba Akpom in the area.

And Perez swiftly followed up his maiden strike to ensure that Arsenal progressed to the fourth round in comfortable fashion, Alex Oxlade-Chamberlain completing the win in stoppage time.

Forest could have had the lead early on, former Arsenal striker Nicklas Bendtner – on his full debut – teeing up Patjim Kasami, but the ex-Fulham midfielder could only drag his shot off target.

The City Ground paid homage to Forest legend Clough with a round of applause in the 12th minute, with Arsenal mustering their first chance a moment later, Vladimir Stojkovic saving well from Akpom’s strike. 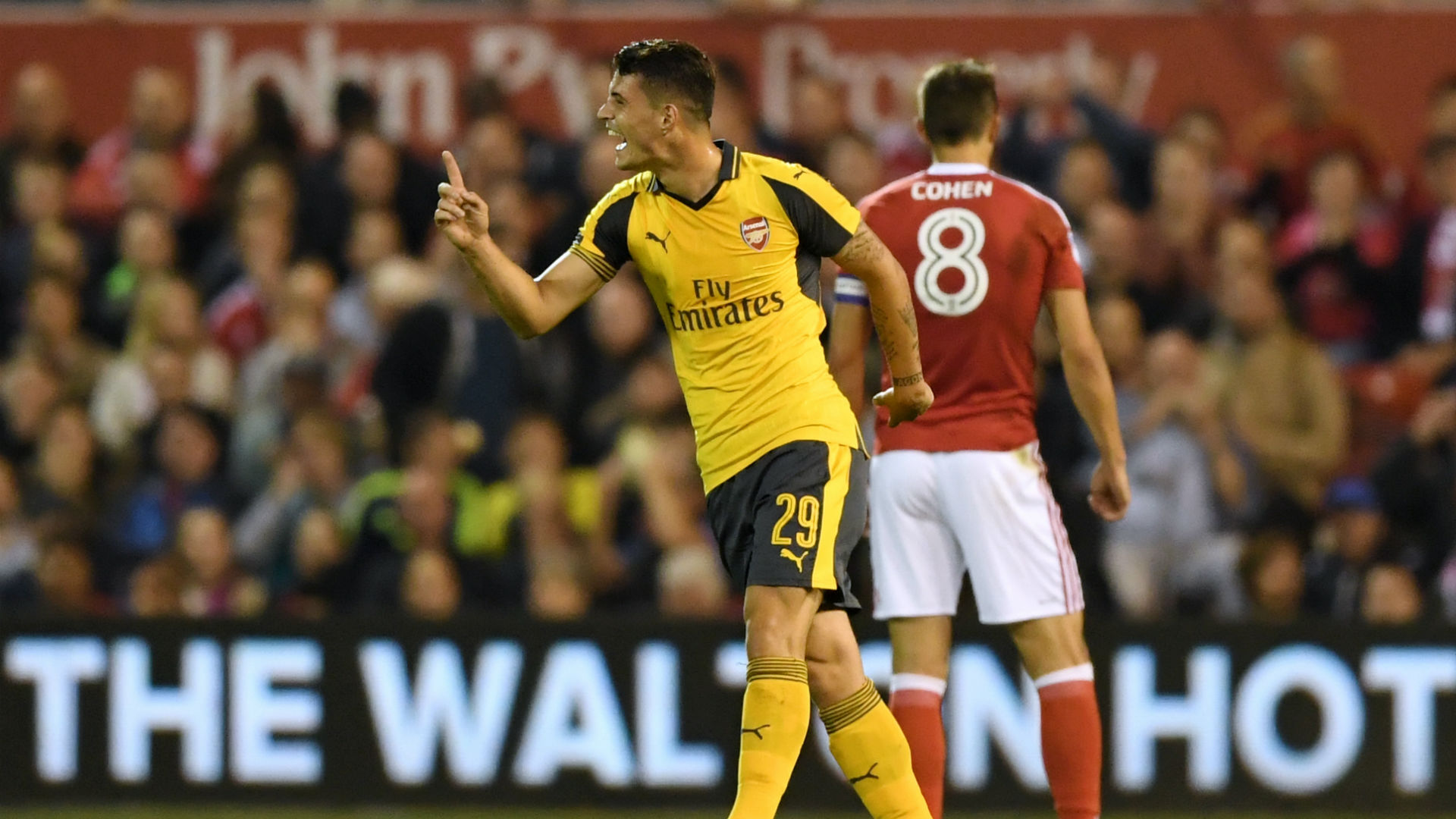 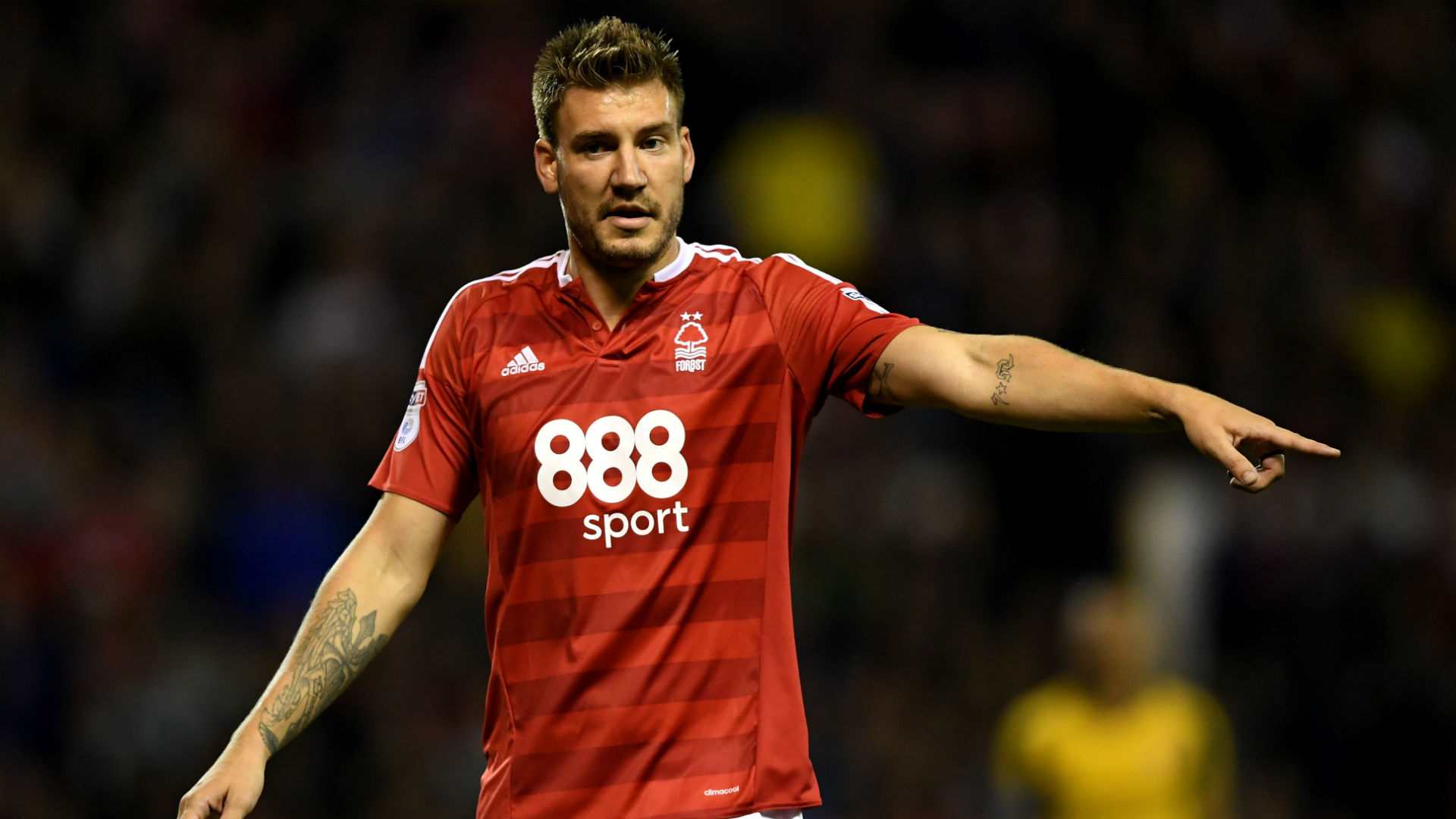 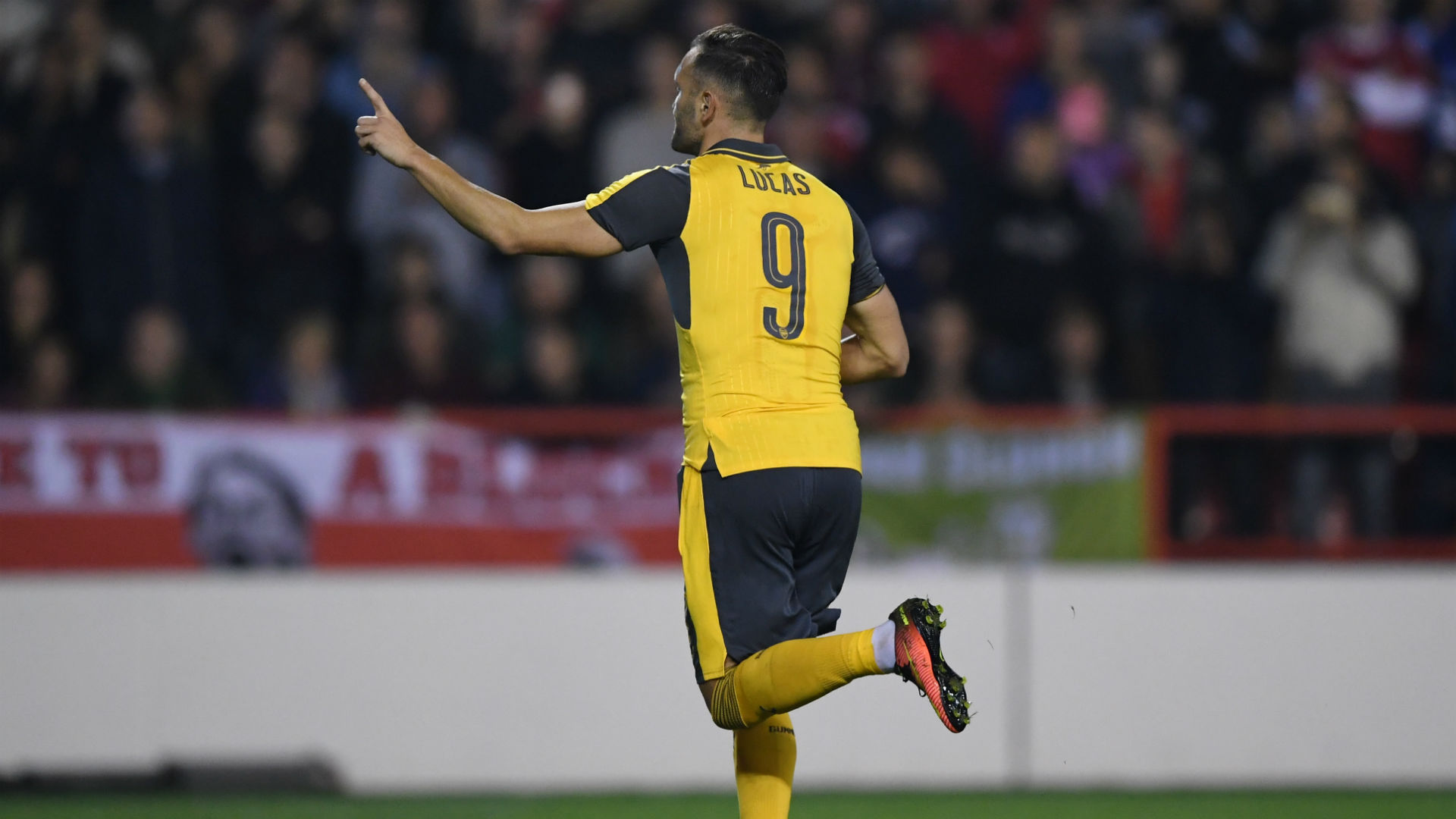 Bendtner was at the heart of the action again soon after, the Denmark forward curling wide after driving in unchallenged from the left.

However, Forest’s hard work was undone 23 minutes in – Xhaka, fresh from opening his Arsenal account with a stunning goal against Hull City on Saturday, unleashing a venomous effort that Stojkovic could only palm up into the net after it had deflected wickedly off Chris Cohen.

Arsenal went close to doubling their tally on the stroke of half-time, Akpom flashing an acrobatic attempt across goal at the culmination of a swift counter-attack.

Perez was the next Arsenal man to test Stojkovic, Forest’s goalkeeper hanging on to the Spaniard’s dipping free-kick after Bendtner had thumped a low effort wide at the other end.

Wenger’s side were gifted the opportunity to extend their advantage just prior to the hour, Mancienne adjudged to have dragged down Akpom in Forest’s area.

And Perez duly made no mistake from the spot, drilling his penalty high into the net past Stojkovic.

Forest were a shambles at the back, and found themselves further behind in the 71st minute, Perez shrugging off the challenges of two defenders as he powered into the box and, after initially failing to connect with his attempted strike, squeezing the ball home at the second attempt.

The Spaniard squandered a gilt-edged opportunity to seal his hat-trick as he fluffed his lines from close-range late on, but he turned provider in stoppage time as Oxlade-Chamberlain added the fourth with a cool finish as Arsenal eased to their fourth-successive win over Forest.