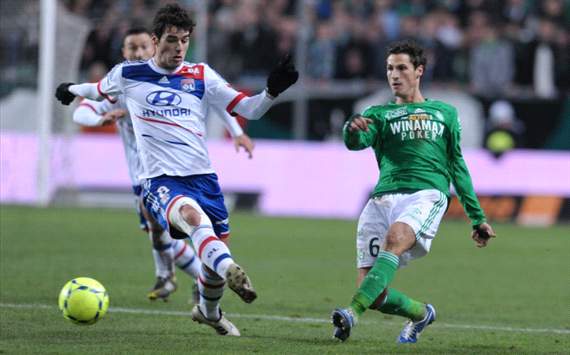 Lyon chairman Jean-Michel Aulas claims there is no truth in rumours that suggest Arsenal are lining up a move for Yoann Gourcuff.


The midfielder has struggled at the Ligue 1 side since his arrival in 2010, with injuries hampering his playing time, and reports that suggested that Arsene Wenger would offer him a fresh start.

But Aulas told BeIn Sport: “Arsenal and Gourcuff? I don’t know about any offers.

“I have never spoken with Arsenal.”

The chairman did confirm, however, that Serie A giants Juventus had been rebuffed in a bid for striker Lisandro Lopez. Though Lyon had admitted earlier in January that they may be willing to part with some of their key men, Aulas is convinced that the Argentine is staying put.

“There was an offer but it didn’t match our valuation or the desire of the player,” he confirmed. “We can forget about that.”