Arsenal had taken a first half lead at Wembley in what was a real ‘six pointer’ in the race for the Premier League top four. But Kane cancelled out the Gunners’ advantage from the spot when Shkodran Mustafi was adjudged to have fouled the England striker. Arsenal felt they had been hard done by as Kane had been in an offside position when a free-kick was swung over into the penalty area, prior to being shoved by Mustafi.

An online Daily Express headline screamed, ‘Arsenal fans will be FUMING with these DAMNING images from Tottenham game – HARRY KANE’s equaliser against Arsenal SHOULDN’T have stood – because the striker was in an offside position when the penalty was given.’

The article went on to state, “The incident will be sure to highlight the need for VAR in the Premier League, as the latest mistake impacts a vital derby.”

Analysing the incident for BBC’s Match of the Day, former Premier League striker Alan Shearer claimed, “Once Harry Kane makes a movement towards the ball, he is then offside.” 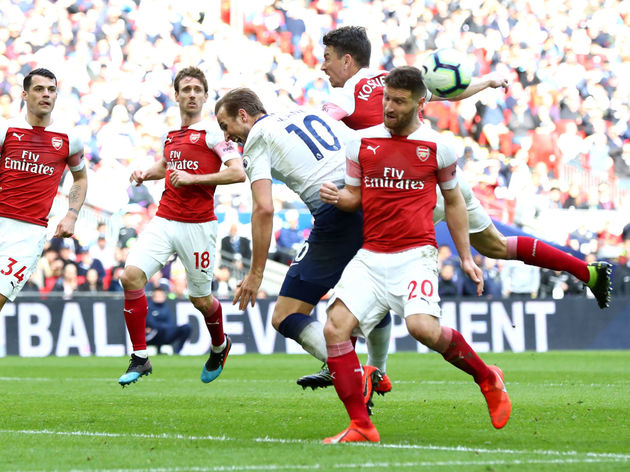 But there is more to it than simply where Kane was stood at the ball was played, or even his movement towards the ball, as the FA rulebook on offside has a number of caveats and sub-sections.

The relevant passage in this instance states:

‘In situations where a player in an offside position is moving towards the ball with the intention of playing the ball and is fouled before playing or attempting to play the ball, or challenging an opponent for the ball, the foul is penalised as it has occurred before the offside offence.’

It would suggest that because even though Kane was stood offside to begin with, the foul from Mustafi comes before the Tottenham can be flagged for offside for being active or interfering with play and a penalty is therefore the correct decision.

While moving towards the ball, Kane was taken out before making his attempt to play it.

Journalist Sam Wallace ​tweeted a screenshot of the relevant rule on Saturday, stating, “Have sought expert opinion on the Kane penalty. Consensus is that while his offside position occurs first, the offside offence comes after Mustafi foul. In eyes of officials (although not MOTD) Kane not yet playing or attempting to play ball when fouled. Correct decision.”

However, this is where it gets incredibly confusing!

Ex-Premier League referee Dermot Gallagher spoke to Sky Sports on Monday and used the same section of the rulebook to argue the exact opposite point, that it shouldn’t have been given as a penalty because Kane’s movement is evidence he was already attempting to play the ball.

“In a nutshell that means, at the minute the free-kick was taken, if I’d have grabbed hold of you at that point, and you hadn’t challenged for the ball, I could give a penalty,” Gallagher said. 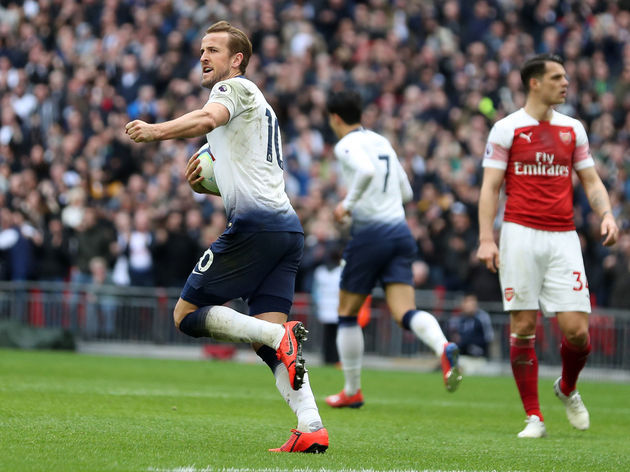 With such fine margins and completely different interpretations of the same incident using the exact same rule, it is incredibly difficult to make an informed and accurate decision as it still relies on a subjective decision as to whether a player has yet attempted to play the ball or not.