Neal Maupay’s goal against Watford last Saturday marked the 12th occasion in which a different player from France has scored in their first appearance in the Premier League.

Here is a list of all 12 debutant Premier League goalscorers.

​Madar was the first Frenchman to score on his debut in the Premier League. The striker joined Everton from Deportivo de La Coruna in January 1998, marking his debut with the Toffees third goal in a 3-1 away win over Crystal Palace. The Frenchman only spent one season at Goodison before heading to Paris Saint-Germain. 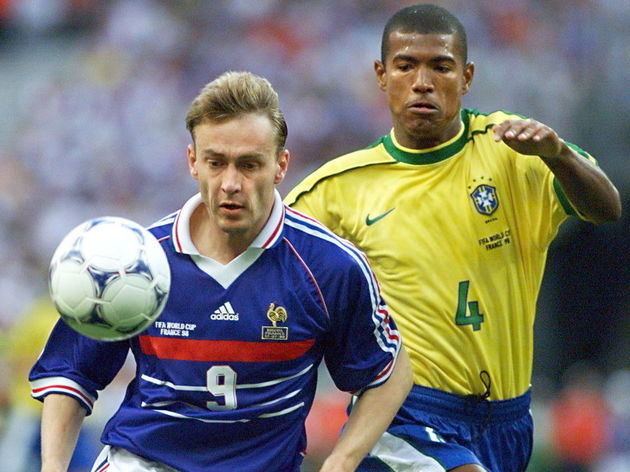 Kenny Dalglish signed Guivarc’h from Auxerre during the 1998 summer transfer window. The striker scored his one and only goal for Newcastle in a 4-1 home defeat against Liverpool. Guivarch’h would only make a further three appearances at St. James’ Park before Ruud Gullit’s Rangers signed him for £3.5m in November. 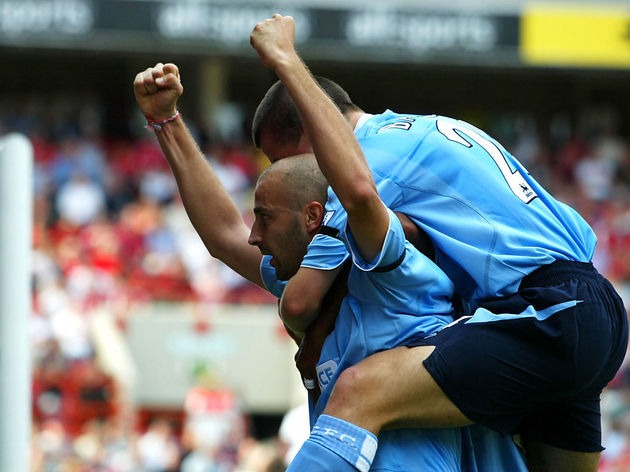 The midfielder joined City from Lens for £700k in August 2003 and made an immediate impact, scoring on his debut during a 3-0 victory over Charlton Athletic. The Frenchman made 92 league appearances for City, scoring 11 goals, before moving on to Newcastle United in 2006. 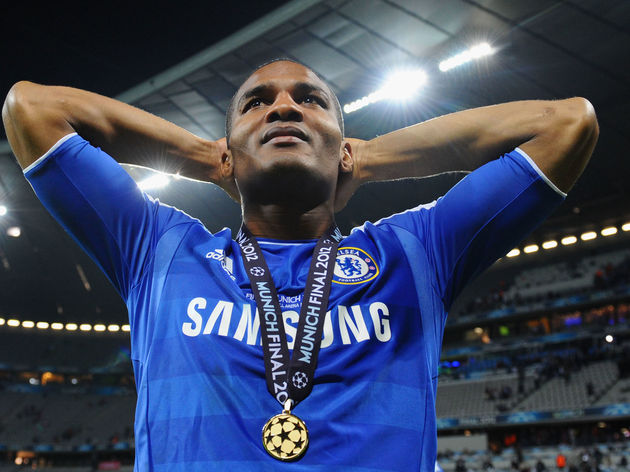 A 27-year-old Malouda made the move to Stamford Bridge from Lyon for a reported £13m in the summer of 2007, and the midfielder soon repaid some of that fee by scoring on his debut against Birmingham City. He would go on to win the Champions League with the club (as you can see from the medal he’s wearing above). 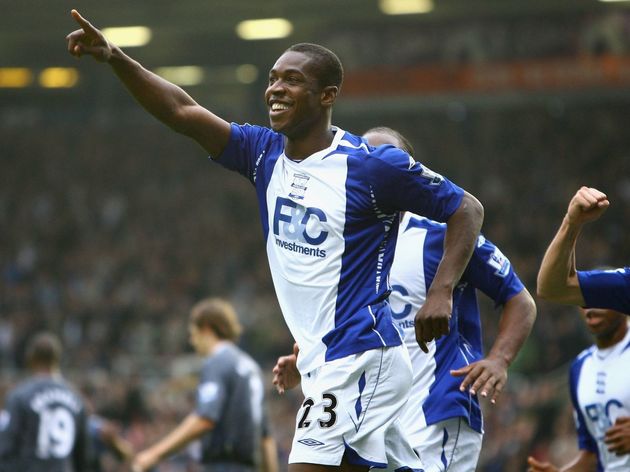 Four minutes after Malouda had made the score 2-1, Kapo marked his first appearance for Birmingham by scoring the equaliser. The forward made the £3m move from Juventus that summer but his goal was not enough to gain a valuable point against Chelsea. 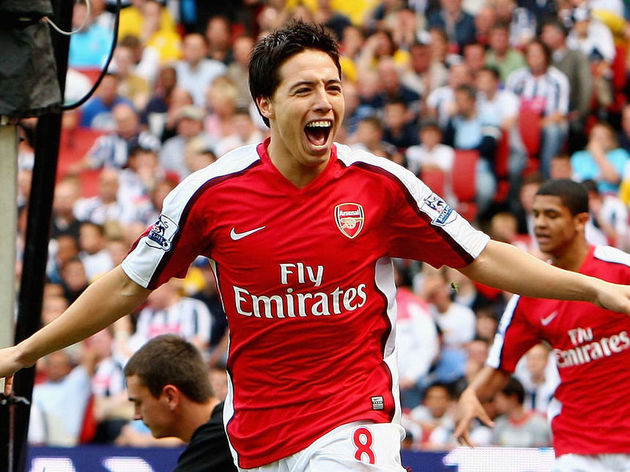 It took just four minutes for a 21-year-old Samir Nasri to make himself a fan favourite at the Emirates following his £12m transfer from Marseille. His debut goal was enough to give Arsenal a 1-0 victory over West Bromwich Albion in the opening game of the 2008/09 season. Nasri spent three seasons with the Gunners before moving to Man City in 2011 to achieve Premier League glory. 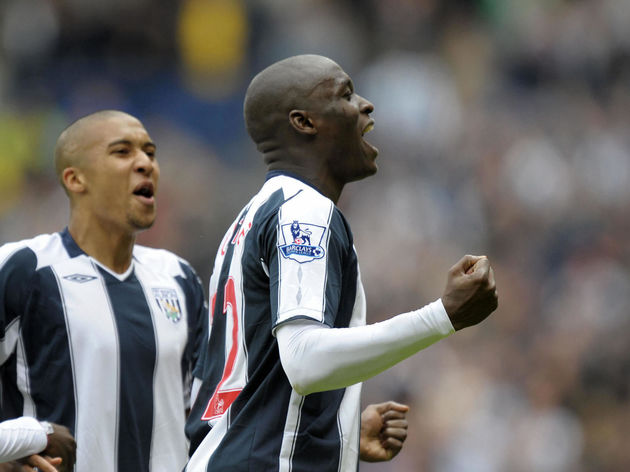 There was definitely a touch of fortune in this one. The striker was awarded a debut goal against Middlesbrough after the Frenchman deflected teammate Robert Koren’s shot past the goalkeeper during a 3-0 victory. Fortune had joined the Baggies on a season-long loan in January 2009, but the fan favourite soon made the permanent switch from AS Nancy in August 2010. Fortune would struggle at the Hawthorns following this move, scoring just six league goals in 63 appearances. The 26-year-old forward was QPR’s record transfer signing in 2013 after completing an £8m move from Marseille.

His debut goal came against West Ham United in a game which ended in a 1-1 draw. The Frenchman’s most prolific period in the Premier League came during a loan spell at Newcastle, but otherwise the striker struggled to recapture the form he showed in Ligue 1. The 19-year-old sent Martin Tyler wild after scoring on his debut against Liverpool at Old Trafford. The 2015 Golden Boy award winner’s £54m move to United was the then world-record fee for a teenager.

Martial immediately showed his quality, coming off the bench to seal a 3-1 victory over their bitter rivals. The forward has struggled to solidify his place during his time at United but with a goal against Chelsea in their opening game of the season, could this be his year? It took just 94 seconds for Lacazette to open his Premier League account with a headed goal against Leicester City to help Arsenal to a 4-3 win in the 2017/18 season. The former Lyon star was Arsenal’s then record club signing and immediately started to live up to that £63m price tag. 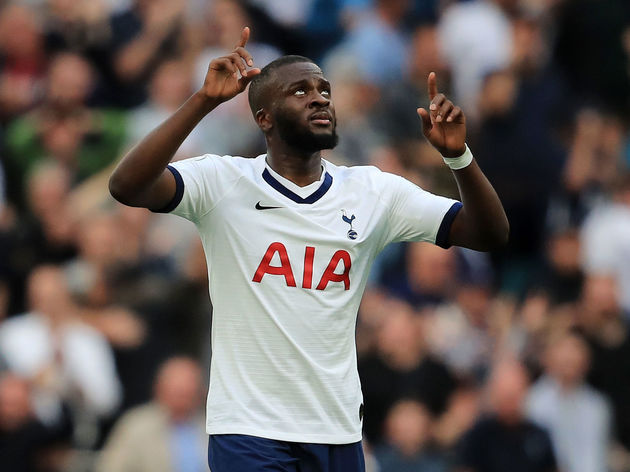 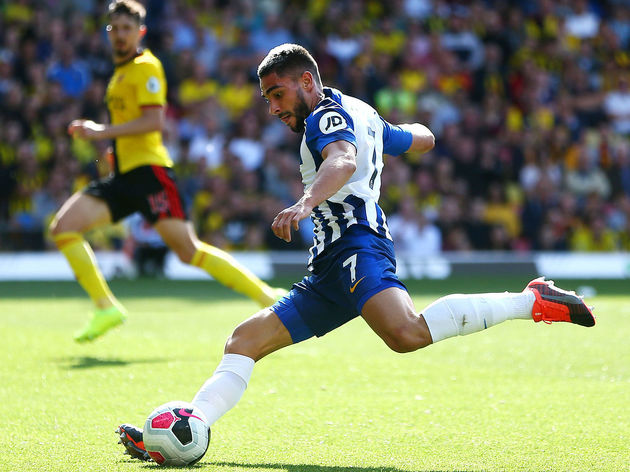 Four minutes later, Maupay became the most recent Frenchman to score on their Premier League debut. The 22-year-old cost the Seagulls £20m to bring in from Brentford. Maupay’s goal capped off a stunning 3-0 away victory against Watford in their first game of the 2019/20 season.