​Arsenal star Lucas Torreira is attracting interest from Italian side Napoli, who are prepared to make a cut-price £21m offer for the unsettled midfielder in the January transfer window.

Torreira is reportedly unhappy with his lack of playing time at Arsenal this season, and he is prepared to leave the Emirates Stadium in search of first-team football. ​Il Mattino reports that Napoli are keen to reinforce their midfield options by bringing the Uruguayan star to the Stadio San Paolo in January, and Arsenal are bracing themselves for a reported £21m offer from the Sere A side.

​Napoli have been tracking Torreira for several years, and I Partenopei tried to lure the tough-tackling midfielder to Naples in 2018, but their offer was blown out of the water by Arsenal, who went on to complete the signing that summer.

Gennaro Gattuso’s new side will attempt to bring the ex-Sampdoria midfielder in on loan to begin with, but if that move fails then they are prepared to stump up just over £20m to land their main target.

Torreira impressed during the early stages of his ​Arsenal career, but he has since slipped down the pecking order behind Frenchman Matteo Guendouzi in the heart of the Gunners’ midfield. 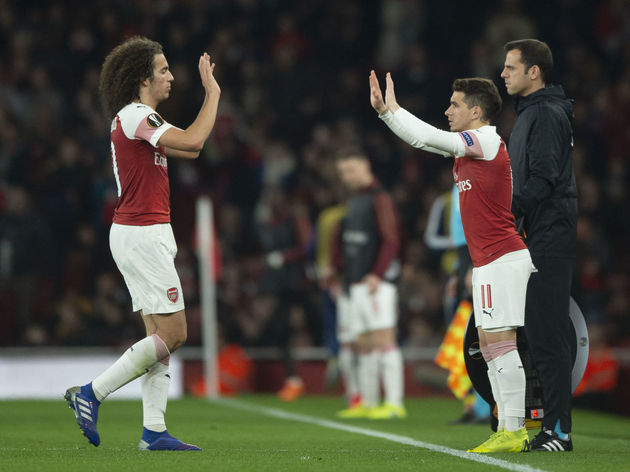 The Uruguay international fell out of favour under Unai Emery, but he has since played the full 90 minutes in both of Arsenal’s last two league matches against ​Brighton and ​West Ham.

The Gunners have struggled this season, and coach Emery was sacked at the end of November, with club legend Freddie Ljungberg taking temporary charge in the Emirates stadium technical area.

Arsenal are languishing in mid-table as January approaches, and Ljungberg will be keen not to lose any of his stars in the upcoming transfer window. The north London side travel to ​Manchester City on Sunday afternoon, where they’ll be hoping to build on their 3-1 victory over the Hammers.