Jose Mourinho believes he is shown a lack of respect by the British media when compared to that offered to Arsene Wenger, a man he claimed had not won the Premier League title for 18 years.

Mourinho’s Manchester United on Saturday face Arsenal and Wenger, a man with whom he has had a long-running feud dating back to the Portuguese’s time at Chelsea.

Wenger has never beaten a Mourinho team in the Premier League and the former Real Madrid boss is frustrated at his media profile compared to the Frenchman.

He told a news conference: “The record, I repeat, against any other manager is not important. For me the only thing that matters is what you get globally, as a team. Our results, our CV. 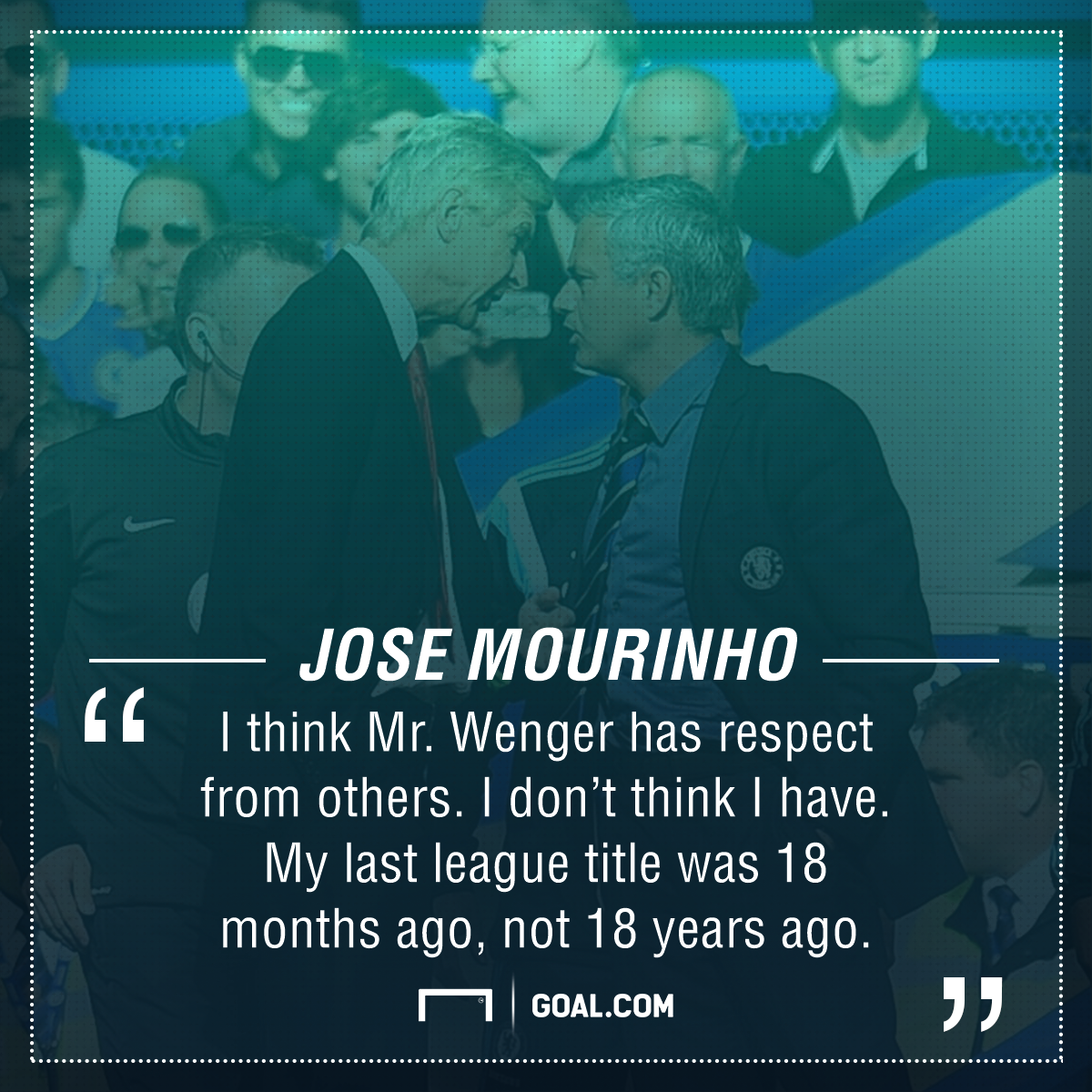 “Does that mean that we should be respected, even in periods where our results are not the best? I think Mr Wenger has that respect from all of you. I don’t think I have. Especially because my last title was 18 months ago, not 18 years ago. But I just follow my way because I want to win a fourth Premier League.”

He added: “I’m at the club where I want to be. It’s as simple as that.

“When I was sacked at Chelsea, I was not in trouble, I had lots of offers. I don’t speak about them because it’s a question of principle. I could have been working immediately after I left, at some of the biggest clubs in Europe. And I waited.

“I was champion at four different clubs and I want to be champion at every club I work. It’s quite a nice record if I can do that.”