Paddy Power are refunding losing bets on selected markets if Manchester United, Chelsea, Arsenal or Manchester City are involved in a draw in Europe this midweek

Ahead of their Premier League clash on Sunday afternoon, both Manchester clubs are in Champions League action on Tuesday evening and both are odds-on with the bookmakers to start their European campaigns with a victory.

Manuel Pellegrini’s side could only manage a 0-0 draw with Stoke on Saturday but they will be hoping for a better result when they travel to the Czech Republic to face Viktoria Plzen. The visitors are made just 4/6 (1.67) to secure three points with Plzen the rank outsiders at 9/2 (5.50) with Paddy Power.

It would come as no surprise is Pellegrini was to rotate his impressive strike force. The first goalscorer market is dominated by the visitors with Edin Dzeko (11/2), Alvaro Negredo (11/2) and Sergio Aguero (11/2) at the head of the pack.

At the other end of the spectrum Matija Nastasic has worked his way back to full fitness after missing the start of the season with injury and the centre back is available at 33/1 (34.0) to open the scoring.

City’s opponents have been in fine form domestically claiming 20 points from eight games so far, scoring 21 goals in the process. 27-year-old Daniel Kolar has opened the scoring in their last two league matches with both goals coming inside the 10 minute mark, the midfielder is 12/1 (13.0) to score first or 4/1 (5.0) to score at anytime.

To celebrate the Champions League’s return Paddy Power will refund losing bets on first/last goalscorer, correct score and scorecast bets if any English team is involved in a draw. 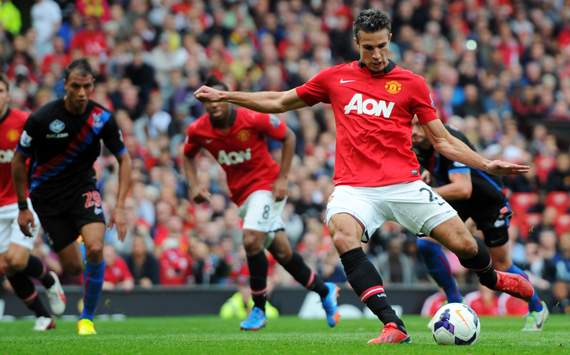 In more familiar territory Manchester United host Bayer Leverkusen at Old Trafford. United are available at 8/11 (1.73) to secure a victory with Sami Hyypia’s side available at 4/1 (5.0) with Paddy Power, the draw is a 13/5 (3.60) chance with the same firm.

David Moyes will be looking to build upon his first league win against Crystal Palace on Saturday, a result which saw both of his strikers find the net and Robin van Persie is Paddy Power’s 3/1 (4.0) favourite to open the scoring on Tuesday night. Wayne Rooney is an 11/2 (6.5) shot while new arrival Marouane Fellaini is 15/2 (8.50) to find the net first.

Leverkusen are hot on the heels of both Bayern Munich and Bundesliga leaders Borrusia Dortmund and Hyypia’s men come into this game off the back of a 3-1 win at home to Wolfsburg.

Sidney Sam put his side ahead in that match and is available at 11/1 (12.0) to break the deadlock while Stefan Kiessling, who fired a double in the same match is Paddy Power’s 9/1 (10.0) market leader for the visitors.