​Liverpool’s Mohamed Salah and Arsenal’s Pierre-Emerick Aubameyang are among 34 stars to be nominated for the 2018 African Player of the Year award.

The ceremony will take place in January 2019, with Salah looking to win the award for a second time, having been named as African Player of the Year in 2017. Previous winners of the award include Yaya Toure, Samuel Eto’o and Didier Drogba.

ℹ Here is the list of nominees for the various categories of the CAF Awards 2018⬇️⬇️:
The Awards  Gala, to honour footballers & officials who distinguished themselves during the year under review, will be held on Tuesday, 8 January 2019 in Dakar, Senegal.#CAFAwards pic.twitter.com/cQgbWN5NgS

The Confederation of African Football announced the 34-man shortlist on ​Twitter. ​Salah is joined on the list by ​Liverpool teammates ​Sadio Mane and ​Naby Keita, while ​Arsenal’s Nigerian winger ​Alex Iwobi is also included.

Salah will likely be considered as a favourite to take home the award, having been in breathtaking form for Liverpool since arriving at the club in 2017. The Egyptian winger has netted 30 goals so far in 2018 and was inspirational in Liverpool’s run to the Champions League final last season.

Mane and ​Aubameyang will also likely be frontrunners for the award, as the pair have both enjoyed impressive years with Liverpool and Arsenal respectively.

Aubameyang, who hails from Gabon, has netted 20 goals this year and has looked in inspired form since leaving ​Bundesliga side ​Borussia Dortmund in January. He already has eight ​Premier League goals this season and has been a key factor in Arsenal’s rise to fifth place in the league table this season. 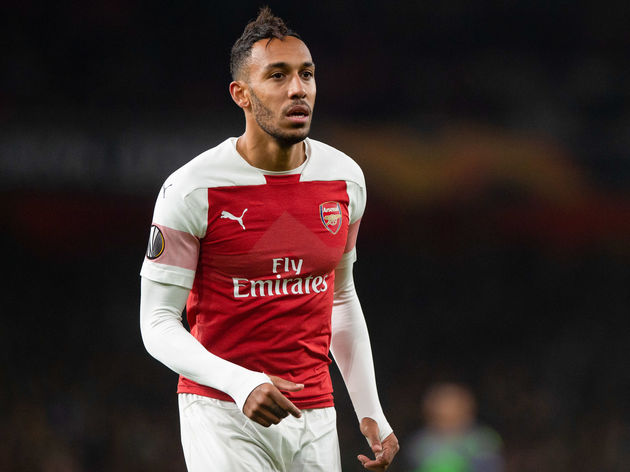 He won the award in 2015 and finished third in last year’s final rankings, behind Mane and Salah. Aubameyang has finished at least third in the rankings in each of the last four award ceremonies, and he will be keen for his impressive club form to guide him to a second victory of his own.