Arsenal’s Granit Xhaka will have to wait on new boss Mikel Arteta to green light his proposed January loan move to Hertha Berlin. 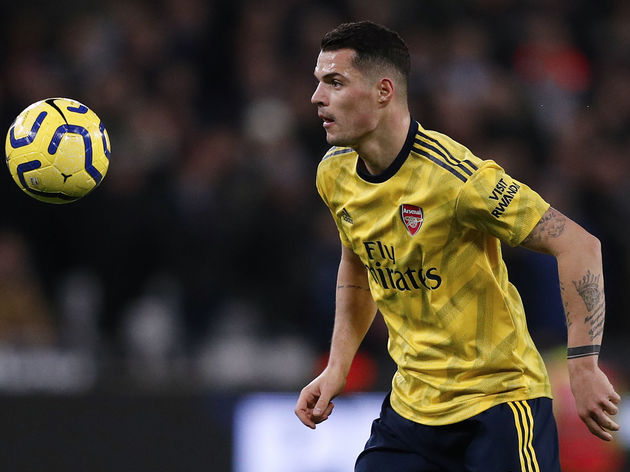 But, following the arrival of Arteta, it now appears that the Spaniard may choose to block the move as he is an admirer of the 27-year-old, according to ​the Independent.

Arteta doesn’t want to let the former Gunners captain go without first weighing up his midfield options, in fear of being left short should Xhaka jump ship.

Xhaka started Arteta’s first game in charge, partnering Lucas Torreria in the middle of the park as Arsenal drew 1-1 away at ​Bournemouth. He was unavailable for the most recent 2-1 home loss to ​Chelsea through illness but when questioned about the player’s future after the game, Arteta stated that he hoped that Xhaka still wanted to stay.

Xhaka’s days at Arsenal appeared all but over after former boss Unai Emery stripped him of the captain’s armband following his public outburst during the 2-2 draw to​ ​Crystal Palace in November.

The midfielder stormed angrily off the field, throwing untoward gestures at fans following his withdrawal from the game on the hour mark. That unsavoury episode was the beginning of the end for Emery who was sacked six games later, after a 2-1 defeat to Frankfurt at the Emirates in the Europa League. It was also the catalyst that sparked Xhaka into plotting a move back to Germany, where he made over 100 appearances for Borussia Mönchengladbach before moving to ​Arsenal in 2016.

But for now at least, a return to the ​Bundesliga has been put on hold as Arteta decides on his next move.

And it remains to be seen whether Xhaka will follow Emery out of the club, or whether Arteta’s appointment will inject new life into his Arsenal career.