​Arsenal manager Mikel Arteta has thankfully revealed that he is already improving after being diagnosed with coronavirus.

The Spaniard tested positive for the virus on Thursday, just minutes after the Premier League confirmed plans to continue with the season.

Fortunately, his diagnosis prompted an emergency meeting on Friday morning, when it was decided that the league would be temporarily postponed, and now Arteta has taken to Instagram to confirm he is already feeling better.

“Hi everyone,” he began. “Thanks for all the kind words and support. I’m feeling much better already.

“We are all facing a huge and unprecedented challenge. Everyone’s health is the only important thing right now. Respect and protect each other by following the guidelines and we’ll come through this all together. 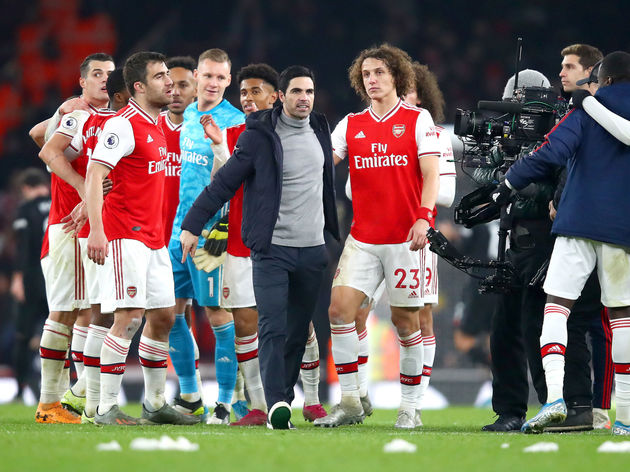 “Well done to the ​Premier League for making the right decision by suspending matches. Thank you again.”

Arteta will remain in isolation, as will the entire first-team squad and coaching staff to try and limit the spread of the virus as much as possible. The club training centres are both being thoroughly cleaned, and the hope is that those unaffected will be able to return to work in the coming days.

Alongside Arteta, ​Chelsea winger Callum Hudson-Odoi also tested positive for coronavirus in the early hours of Friday morning, but he also took to ​Twitter to confirm that things are already looking better for him.

The plan for the Premier League is to return to action on 4 April, which is when ​Arsenal are set to take on relegation-threatened ​Norwich City at the Emirates Stadium.

The Gunners currently sit ninth in the league table, eight points behind fourth-placed ​Chelsea in the race for Champions League football.