​Arsenal midfielder Matteo Guendouzi has admitted that he has been surprised by his own fast start at the Emirates Stadium, having become a key part of Unai Emery’s team during his first season in North London.

The 19-year-old admitted that he arrived at Arsenal from French side Lorient last summer as a complete unknown to both English football fans and his own teammates, a fact which helped motivate him to make an immediate impact for the Gunners.

Guendouzi said (as quoted by the Evening Standard): “Let’s be honest, apart from the players here who follow a bit of the French leagues, no one had ever heard of me!

“So it was very important for me to show what I was capable of as early as possible. I had a chance during the pre-season tour and I took it. I showed I could be part of this team. I still didn’t expect to play so much because I know I’m at a top club with great players.

“I’m a bit surprised that everything has been going so well. I’ve played well when I’ve featured. I think I showed that I could bring something to the team.

“I am very happy with how things have gone for me at the club so far and if I can keep playing as much in the second half of the season, it would be great.”

The Frenchman’s importance to ​Arsenal is proven by his 33 appearances in all competitions so far this campaign, with fellow summer arrival Lucas Torriera the only man to have made more for Unai Emery’s team. 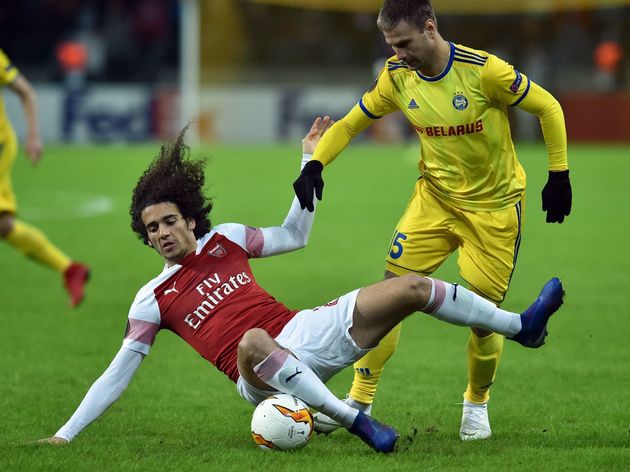 ​Recent reports even claim that his early form has attracted the attention of Ligue 1 side Paris Saint-Germain. However, the Gunners would only entertain summer offers of around £60m for Guendouzi – roughly ten times what they paid for him in 2018.