With the news cycle being what it is now, we need to start embracing the wholesome stories when they come along.

Forget Covid-19, Brexit and the overarching existential doom that surrounds everyday life in 2020; let’s talk about good guy Mathieu Flamini, and how he’s doing extraordinarily well for himself outside of football.

Plenty reports have suggested that former ​AC Milan and ​Arsenal star Flamini is now a billionaire owing to his business interests outside of football, and perhaps even the richest former pro alive. But while Thomas Gravesen sees his wealth as a ​point of pride, Flamini’s approach could not be more different.

So what’s the story? How has an understated ex-pro, who parted ways with Getafe in the summer with the humble dream of saving humanity from itself, gone on to get stinking rich?

And is he really a billionaire?

Let’s have a look.

A Bit of Background

OK, so perhaps ‘understated’ was a bit harsh on a player who helped Arsenal to two FA Cups and was an important part of the last team not called Juventus to win Serie A.

In comparison to some of those he played with, however; the likes of Patrick Vieira and Cesc Fabregas at Arsenal, Ronaldinho and Andrea bloody Pirlo at Milan, it’s fair to say he was never really the centre of attention.

Extremely grateful for all the emotions and incredible memories I have had the opportunity to experience during this past decade. I wish you all a prosperous and purposeful new year. Live your lives with passion, stand up for what you believe and make your mark in this world.  pic.twitter.com/GYl8Ro5XOf

The French playmaker had a respected if not quite remarkable career, starting with Marseille before going on to have spells at the Gunners either side of a five-year stint in Italy. He wound down with a handful of appearances for ​Crystal Palace and then with Getafe in Spain, but while the stats would suggest he went out with a whimper, it was never about the football for Flamini towards the end.

Cast your mind back as far as 2008 when he first arrived at Max Allegri’s star-studded Milan side; he had other things on his mind even then. That’s when he founded GF Biochemicals with business partner Pasquale Granata, a venture he had long had designs on.

Since founding GF, the company has steadily grown into one of the most respected in its field. It’s a ‘clean energy’ business, focused on producing alternatives to oil-based products to try and ease the current climate crisis that is coming ever-closer to setting the earth on fire (regardless of what Donald Trump will tell you).

An excerpt from the company’s ​mission statement reads: “

Aside from that, Flamini also ​launched eco-friendly skincare brand One Unity with former Arsenal team-mate Mesut Ozil in 2018. Essentially, he makes his money saving the planet.

Flamini has always been big on using the platform he gained through football to help battle climate change; to him, financial gain has always been secondary to making a difference.

That’s a belief system he has subscribed to since growing up in the sleepy Mediterranean island of Corsica, according to an interview he did with ​The Telegraph in April.

“My family is from a very small village lost in the mountains in the middle of Corsica,” he said. “In the winter, it has only 80 people. When you come from such a place you are taught to live with nature. From an early age I’ve always felt connected to it.

“Living by the sea, growing up I got exposed to many of the world’s problems, like plastic in the sea. You could see we were not going in the right direction. So I decided to use my platform as an athlete to drive change.”

He really drove home the importance of affecting social change when discussing Ozil, and his decision to resign from the German national team owing to ‘racism and disrespect.’

Mesut Ozil and Mathieu Flamini have launched a new wellbeing brand [One Unity] designed to put people’s health and our planet on the right path to a sustainable future. pic.twitter.com/MPsFhg13dI

“We [footballers] have such massive reach on social media,” Flamini said. “We have a social responsibility. We have to use it to be able to drive change in a positive way, so why not stand up for the environment and equality? If Mesut, one of the top athletes in the world is facing discrimination, then it must be happening elsewhere.

“We really want to create a community, create a movement, create a voice. It’s not easy for many people to understand climate change or social equality, but most of the people following these athletes are the next generation, so it is our role to use our influence and to have a positive impact.

“We won’t necessarily change the world, but everyone can have an impact in their own community by doing small things. By adding them all together you can make big things happen.”

How Rich Is He Really?

OK, so we’ve established that Flamini is an incredibly intelligent, switched-on guy with the planet’s best interests at heart. To tie it all together, let’s get to the point; how much is he actually worth these days?

In truth, no-one seems to know. A wild range of reports have suggested he could be worth anything from €14bn to €50bn after his ventures with GF topped up his football earnings. 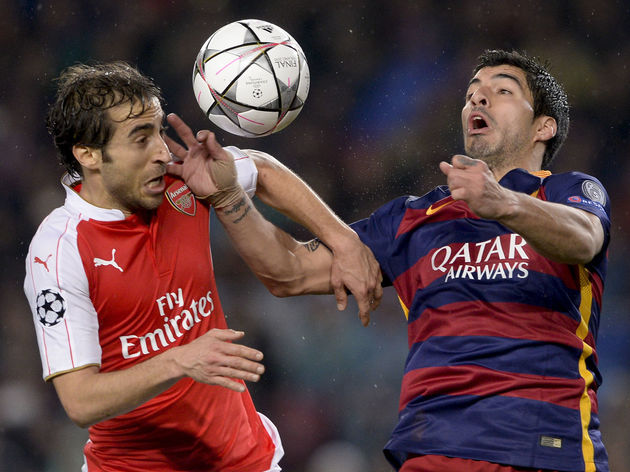 Flamini, however, says these claims are wide of the mark.

“In fact, that is the total value of the market we want to ‘attack’ with the new technologies we have developed in recent years.

“There was a misunderstanding. It’s as if we had given a single restaurant the value of the entire catering market in France.”

It’s not overly likely he is actually a multi-billionaire, or even a billionaire at all. A quick scoot around the old internet would suggest that GF Biochemicals employs only around 400 people, and it itself worth somewhere in the vague region of £20m to £30m – though it is growing rapidly.

First pic is his conventional self lads showed up in full sleeves while my guy slid in with torn sleeves and the second is him in all his glory days of his booming business GF Biochemicals pic.twitter.com/YaE92f1vaa

His earnings as a player? Well, he wouldn’t have been short of a quid at Arsenal or Milan, but when he was at his peak in the early 2010s, only the exceptional players were earning north of €100k per week. He’s not likely to have been on that sort of salary for any extended period, while his sponsorships (for the most part a modest boot deal with Puma, as per ​Goal) would have hardly propelled him into the financial stratosphere.

Stack all that up against how much £1bn actually is (one thousand million pounds) and it’s hard to imagine he’s up there just yet.

Hopefully he gets there one day, however; if anyone deserves it, it’s him.

Move aside Jeff Bezos, there’s a new king in town.