​Manchester United host an in-form Arsenal at Old Trafford on Wednesday night in what has the potential to be a firecracker of a Premier League match.

The Red Devils have endured a strange season thus far, with their form changing wildly. United are now three Premier League games without a victory and are languishing down in seventh place after their draw at Southampton.

However, perhaps more concerning is that they are already eight points off fourth and a staggering 16 points away from Manchester City. Arsenal, meanwhile, have improved leaps and bounds this season under Unai Emery. After they started the campaign tentatively with back to back losses, they have since recovered strongly and sit in fourth place.

The Gunners go into this clash off the back of an outstanding 4-2 victory over north London rivals Tottenham Hotspur.

Check out 90min’s preview for Wednesday’s clash below.

Manchester UnitedAlexis Sánchez
, Luke Shaw and Antonio Valencia are also injury concerns. Ashley Young, meanwhile, is suspended for the game having picked up his fifth yellow card of the season. Arsenal are relatively injury free compared to their opponents. Nacho Monreal is close to returning from a hamstring injury but the Manchester United game is expected to be too soon for the Spaniard.

Konstantinos Mavropanos is out of the game with a groin strain, whilst Danny Welbeck is a long-term injury absentee with a broken ankle. The Gunners will also be without their captain Granit Xhaka who picked up his fifth yellow card against Tottenham on Sunday. 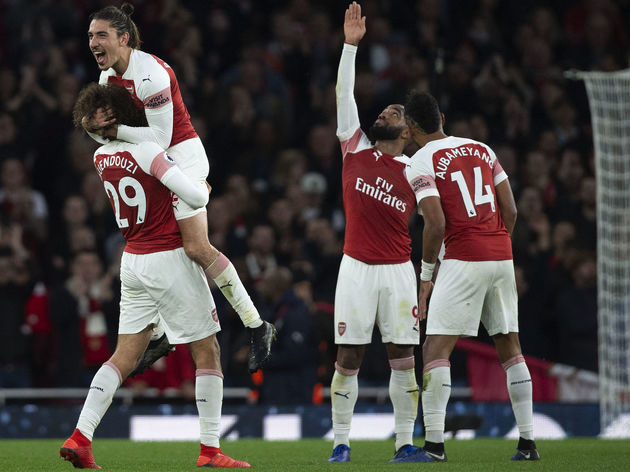 Arsenal are in excellent form in both the Premier League and other competitions. In fact, the Gunners have gone 19 games without tasting defeat and will be confident of making it to 20 against United. Unai Emery’s side have won their last three games, scoring nine goals.

Here’s how each time has performed in their last five fixtures:

Manchester United have been poor in recent games, but they are unpredictable when it comes to the big fixtures. Whilst the Red Devils lost 3-1 to Manchester City, they beat Juventus 2-1 and were unfortunate to draw 2-2 against Chelsea. Therefore, don’t be surprised if United show up against the Gunners.

However, this said, Arsenal have been in good form and will be looking to exploit United’s defensive frailties. Pierre-Emerick Aubameyang

If United play as poorly as they did against Southampton this could be a whitewash, but the Red Devils will likely put in a more dogged display. It will be a close game but Arsenal will leave Old Trafford with all three points.