​Manchester United have added their name to the list of clubs who are interested in signing Cengiz Under from Roma at the end of the season.

Arsenal, Tottenham and Bayern Munich have all been linked with a move for the Turkish international, who was in fine form for Roma prior to the winter break. According to ​ESPN, Under will not be allowed to leave this month, but his representatives are preparing for an end-of-season departure amid a breakdown in contract talks.

​Manchester United’s transfer movements are difficult to predict, with uncertainty over who will be manager come the start of the 2019/20 season. Ole Gunnar Solskjaer is the interim incumbent but Mauricio Pochettino is the favourite to take over next summer.

Roma have slapped a price tag of

Negotiations on a new contract are at an impasse, with Roma surprisingly reluctant to increase Under’s earnings. Cashing in for a significant profit now appears the most likely outcome. 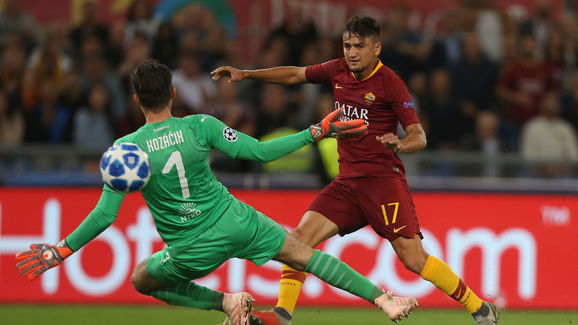 Roma fans will not be happy to see another of their star players leave, following the sales of ​Mohamed Salah, Radja Nainggolan, Kevin Strootman and Alisson in the last two summers.

Under scored eight goals for Roma in his debut season and already has six at the midway stage of this campaign: three in Serie A and three in the Champions League.