Manchester ​Evening​​ News, sources close to the 22-year-old have revealed that United have been in touch over a potential transfer at the end of the season, which could well happen if the Gunners fail to qualify for the Champions League. However, Arsenal could demand a staggering fee for Bellerín, given that his contract still has five years left to run. 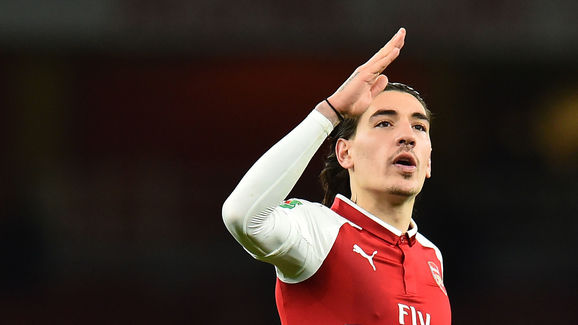 Despite spending over £300m in his two seasons in charge at Old Trafford, manager José Mourinho is yet to see his clubs heavy investments draw dividends. With Manchester City romping away to the Premier League title, United will have to shake up their existing squad if they’re to close the gulf in quality and challenge for the league next season.

Renowned as one of the quickest players in the game, Bellerín has become a highly coveted defender – with the likes of Juventus, Barcelona and Man City thought to be keen admirers. However, both ​Barça and Juve were reported to have cooled their interest in the £50m-rated player earlier this month.

United are likely to freshen up in the defensive wide positions at the end of the season, as both Ashley Young and Antonio Valencia are into their 30s.