The Frenchman was again on hand off the bench as Arsene Wenger’s men snatched a late draw, leveling the game after a Juan Mata opener

Olivier Giroud was Arsenal’s super-sub, popping up with a last-gasp, and largely undeserved, equaliser to snatch a 1-1 draw from Manchester United.

The Gunners turned in a listless performance in this fixture a year ago when expected to win in their attempts to keep pace with Leicester City, Marcus Rashford making a sparkling Premier League debut for a youthful side, and they largely fared little better this time around.

Much more established just nine months on, Rashford replaced the suspended Zlatan Ibrahimovic in attack for United – captain Wayne Rooney demoted to the bench in a week that has seen him in the headlines for a drunken night on England duty.

David de Gea did not have a single save to make before Juan Mata steered the excellent Ander Herrera’s cutback home with 20 minutes to play.

Wenger’s decision to start a clearly half-fit Alexis Sanchez could also be called into question, given the Frenchman’s fears over a “suicidal” decision for him to play for Chile, but his decision to introduce Giroud when chasing the game proved to be inspirational.

Though a point will keep Arsenal behind Liverpool and Chelsea, the fight shown here – in stark contrast to last season’s corresponding fixture – suggests a sea change in the Gunners. 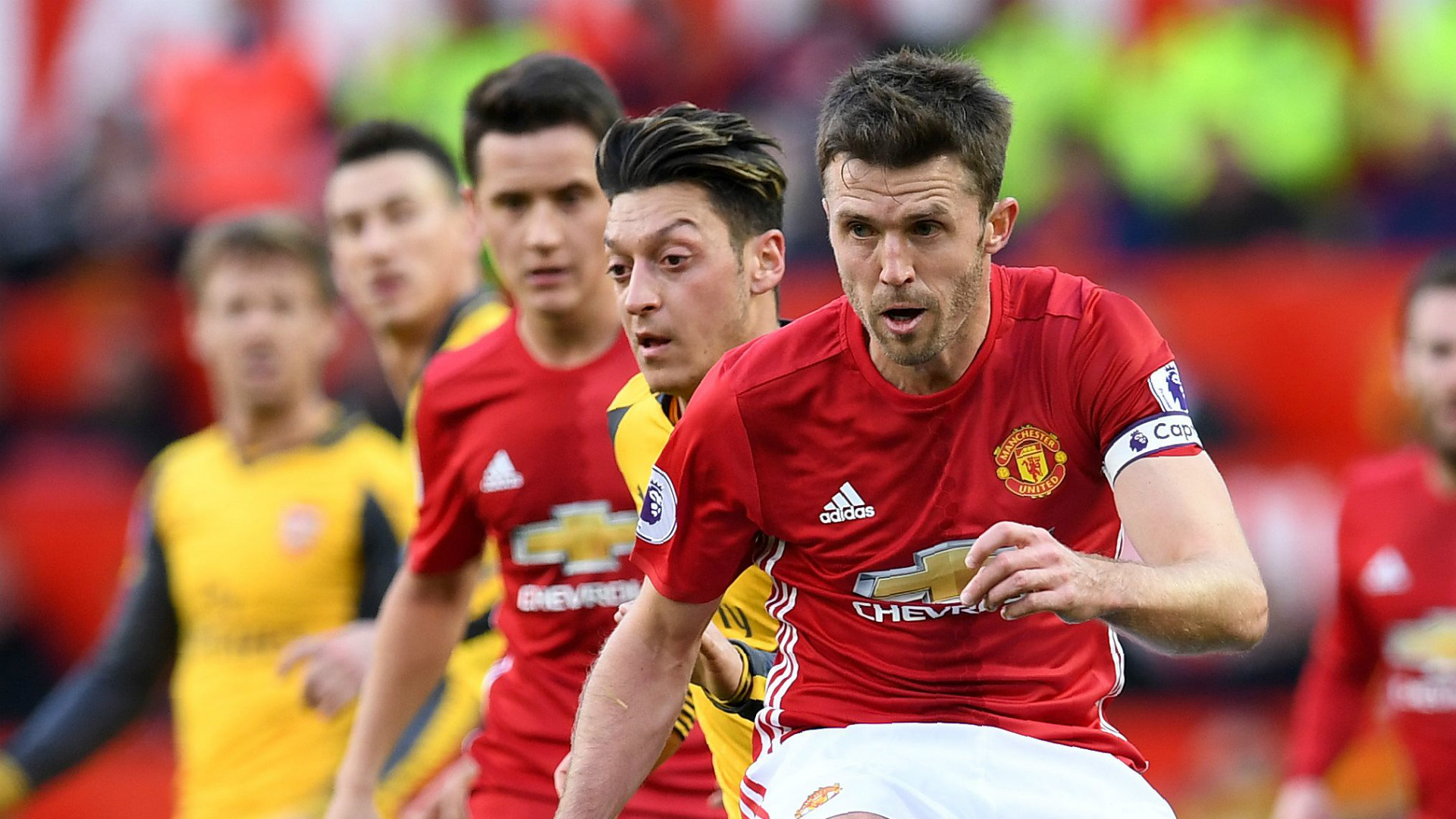 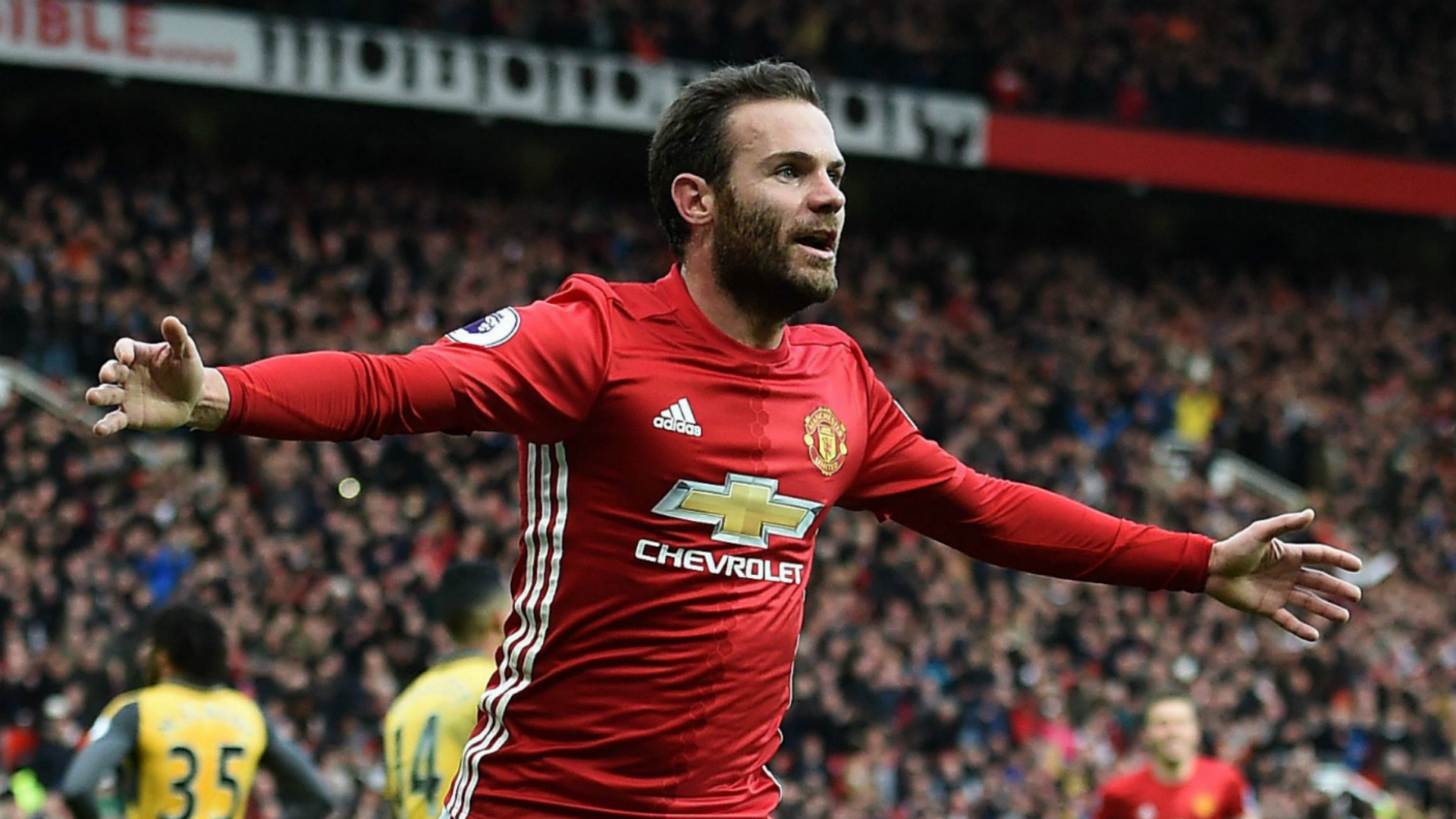 After Sanchez headed a gilt-edged early opportunity wide, United had by far the better chances in the first half, with Arsenal playing in a much more reserved manner than usual, clogging up midfield and forcing the hosts wide.

Herrera operated in front of Paul Pogba and Michael Carrick, harrying Mohamed Elneny and Francis Coquelin into mistakes, and United made good ground down Arsenal’s left.

From one such raid down the right, Antonio Valencia burst past Nacho Monreal, who could only fell the Ecuadorian with a desperate lunging block, but Andre Marriner waved away appeals, moving Mourinho to a state of convulsing grief on the touchline.

The act stirred a brief surge in United’s play and Mata made Petr Cech tip his effort wide before Anthony Martial brought the visiting goalkeeper into two fairly comfortable stops in the space of a minute.

De Gea had gone completely untested in the first half and Arsenal’s inability to puncture United’s backline continued into the second as quality from either side was at a high premium.

Rooney replaced Martial just after the hour, with Rashford shifting to the left, but their right wing was once again the source of success as they took the lead.

Pogba and Herrera drifted to that side of the pitch, with Aaron Ramsey failing to track back, and the Spaniard burst past Monreal before his cutback allowed Mata to run on to the ball and guide it neatly beyond the helpless Cech.

Two of Wenger’s substitutes combined to snatch a point, though, Alex Oxlade-Chamberlain surging past a tiring Rashford before standing up a cross for Giroud to power home and leave United without a win in three home games on the spin in the league.