With Barcelona and Atletico Madrid set to battle it out for La Liga glory on Saturday, Goal takes a look at some of the most exciting head-to-head league showdowns in history

When the Liga fixtures for the 2013-14 campaign were announced in the summer of 2013, very few people would have imagined that the meeting between Barcelona and Atletico Madrid at Camp Nou on matchday 38 would end up being a title decider.

Admittedly, Atletico had already given a good account of themselves last season, but it seemed unlikely that they would be able to maintain a serious challenge for the Spanish title this term.

Diego Simeone’s men have proven everybody wrong, though, and could even have clinched their first domestic crown since 1996 last week had they not been held by Malaga.

Atleti will now have another shot at glory on Saturday, with a point at the home of the champions enough for them to become the first side to break the Barcelona-Real Madrid duopoly since Valencia in 2004. Barca, on the other hand, can retain their Liga crown with a victory at Camp Nou, which would see them finish level on points with Atletico but ahead thanks to a superior head-to-head record.

It’s not the first time that a direct game on the last matchday of the season will prove decisive, however. Below, Goal looks at some of the most famous examples when title races went down to the wire… 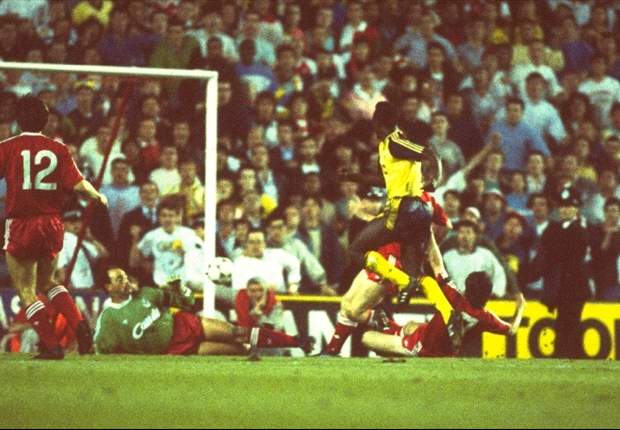 Arguably the most famous final-day title decider in England was at the end of the 1988-89 season between Liverpool and Arsenal at Anfield. The home side were three points clear of the Gunners at the top of the First Division going into the game, and seemed red-hot favourites having not lost a match since New Years’ Day.

In order to steal the trophy from Liverpool’s grasp, Arsenal not only had to win but they had to win by two or more clear goals in order to overtake their rivals on goal difference.

Despite a 52nd minute header from striker Alan Smith, Liverpool seemed set to clinch a 10th league crown in 13 years but, in one of the most dramatic endings to a league campaign in English footballing history, midfielder Michael Thomas flicked the ball over Bruce Grobbelaar with virtually the last kick of the season to win Arsenal the league. 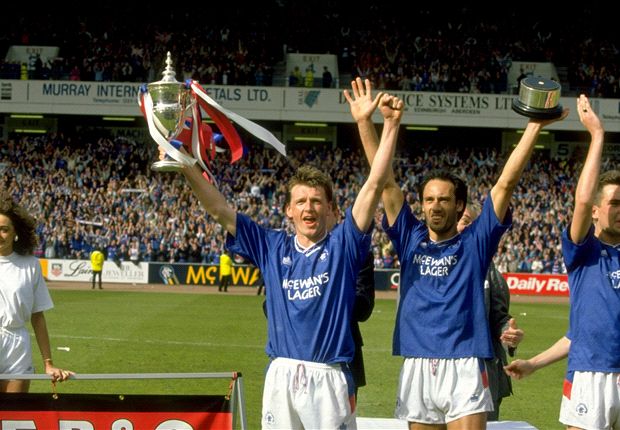 Rangers and Aberdeen were level on points and goal difference going into the final day of the season, with the Dons requiring only a draw at Ibrox to be crowned champions.

Rangers had been on a dire run after manager Graeme Souness had departed to take over at Liverpool the previous month, but they recaptured their form when it truly mattered.

Mark Hateley scored twice, the first a fantastic header, to seal Rangers’ third title in succession en route to a record-equalling nine in a row. 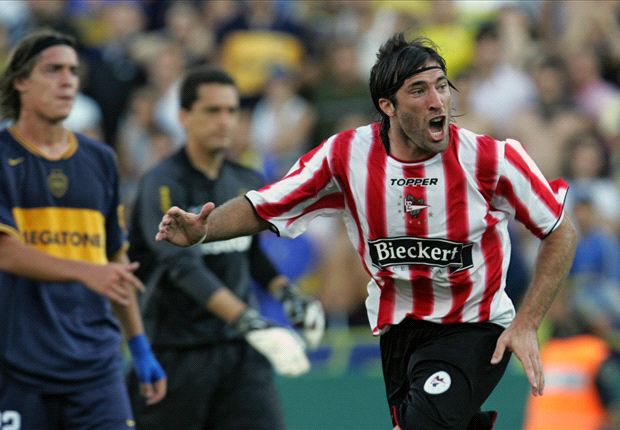 In Argentina, when two teams end the regular season level on points, they play a title decider at a neutral ground and arguably one of the most memorable examples was the game between Boca Juniors and Estudiantes in 2006.

Boca wasted two opportunities to clinch the title in the final two rounds of the season (losing to Belgrano and Lanus) while Estudiantes won 11 out of their final 12 games to set up a final at the Estadio Jose Amalfitani.

Martin Palermo scored the opener for Boca, but Jose Sosa equalised for Diego Simeone’s men with a fine free kick before Mariano Pavone netted the winner five minutes from time. 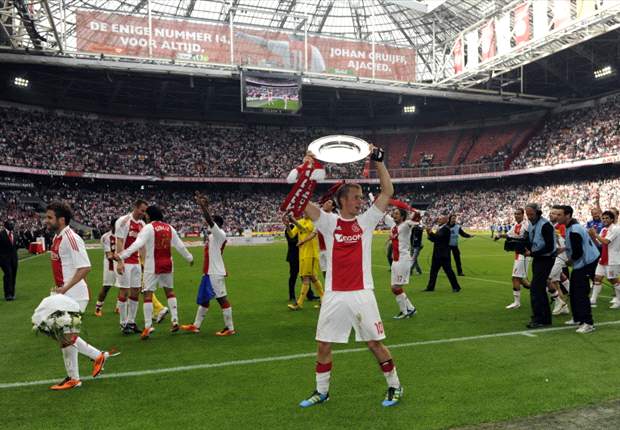 Heading into the game, Twente sat atop the table with a one-point lead over Ajax and a draw would have sufficed for the Tukkers to win the Eredivisie title.

Nevertheless, Ajax recorded a 3-1 victory courtesy of two Siem de Jong strikes and an own goal from Denny Landzaat to dethrone Twente as champions and win their 30th Eredivisie title in history after a seven-year wait. 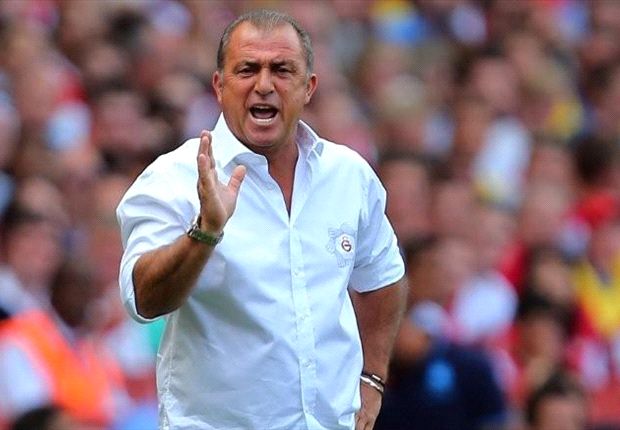 Galatasaray had finished the regular league season well ahead of rivals Fenerbahce, but they were in danger of missing out on the title after a string of poor results during the play-offs.

They needed at least a draw in the away game against Fener on the final day of the season in order to be crowned Turkish champions, but their 13-year run without a single win at the Sukru Saracoglu suggested Fatih Terim’s men would face a tough task to deny the Canaries.

A superb defensive performance from Galatasaray eventually frustrated Fenerbahce, though, and the goalless draw at the Saracoglu meant Terim guided his men to the title just one year after they had had to settle for eighth spot in the table. 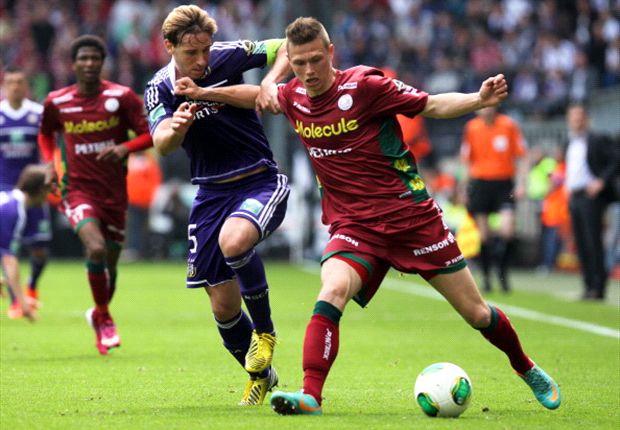 Anderlecht seemed well on their way to successfully defending their league title in 2012-13, but a disastrous start to the play-offs, where they won just one of their opening six games, saw them slip to second place in the table behind Zulte Waregem.

Three wins in a row then got them back to the summit of the table heading into the final day of the season, but a loss to Zulte would have seen them miss out on their title after all.

Things were not looking good for Anderlecht when Jens Naessens gifted the minnows the lead shortly after the break, but Lucas Biglia restored parity with a deflected free kick that eventually proved to be decisive in their title-race victory. 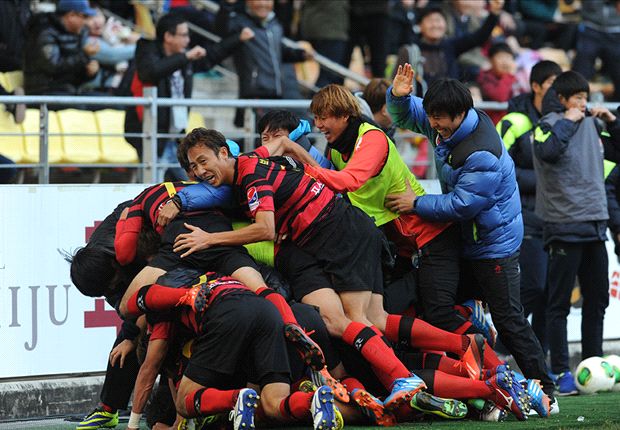 Over in South Korea, last year’s title race between Ulsan and Pohang went down to the wire as both sides squared off on the final day of the season.

First placed Ulsan only needed a draw to win the K-League title as they hosted Pohang, but they had to make do without star attackers Kim Shin-Wook and Rafinha due to suspension.

They therefore opted for a defensive approach and managed to shut out Pohang until the dying minutes of the game. Kim Won-Il eventually found the net well into stoppage-time to lead his side to the title in what was arguably the most dramatic end to a K-League season ever.