​Liverpool is sure that they’ll sign Jorginho who is rated £50m over Manchester United and Arsenal.

They are first in the race to sign the Napoli player while the future of Emre Can still not decided.

Betting sites claim that Liverpool want to sign Jorginho as a replacement for the German international, who spoke about wanting to play for ‘a very big club’ when his contract expires at the end of this season. 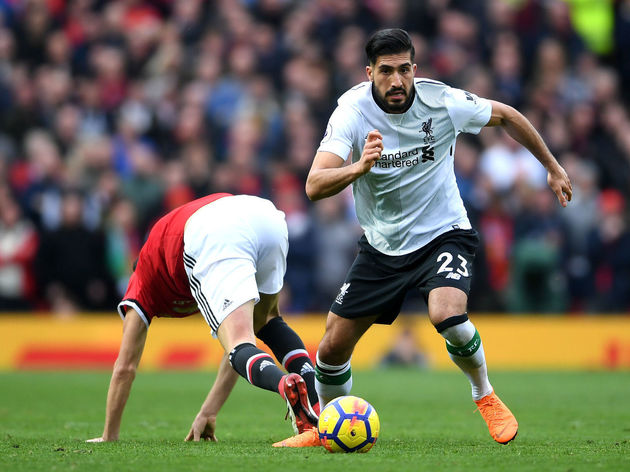 Liverpool scouts will look after Jorginho once again in the Italy against Argentina and England in Manchester and London during the international break.

Manager Jurgen Klopp expects to have reports brought back to him about the Brazil-born footballer before he decides for a potential buy in the summer.

The Mirror stated that, as Liverpool brought many Brazilians in the recent past, Jorginho would be more interested to move to Liverpool over Manchester or Arsenal.

Surprise surprise. Just like monaco the napoli team is going to be dismantled by the premier league big guns.

Also, Klopp’s attacking-based strategy, would arguably help attract the Jorginho and convince him that a switch to Liverpool over UTD and Arsenal would be more profitable.

Liverpool’s only worry would be if one of La Liga’s tops, Real Madrid or Barcelona tried to get Jorginho away from Napoli, but neither currently have big interest in his signature.

Emre Can, who is a free agent once his contract expires in July, made Liverpool fans mad  with his interview while he was on international duty this week as he explained why he wanted to play for a big club.

I’ve backed Emre Can from day 1 but his recent comments have annoyed me. Why would he want to leave a team that’s so obviously on the up and he’s playing consistently every week with one of the best managers in the world? Baffling.

With Liverpool supporters arguing that their club is, in fact, a worldwide brand, many think he made a big mistake in the interview and now wish to see the back of him.

Can said: “I have the self confidence to say that my qualities are sufficient to play in a very big club next season.”

Juventus and Bayern Munich are favourites to get Can for free when the transfer window opens in June.