​Leicester and Arsenal will both be looking to get back on track this weekend when they meet at the King Power Stadium on Sunday afternoon.

The Foxes bounced back from a shock loss at home to Newcastle to steal a point away against West Ham on Saturday thanks to Harvey Barnes’ 92nd minute equaliser, but will want to snap their two-game winless run to end the season on a high.

The Gunners’ recent form is no better, following up an impressive win away at Napoli with two straight losses against Crystal Palace and Wolves – conceding six goals in the process. Perhaps the only area of real contention lays in midfield, where Harvey Barnes may look to wrest his place back from Marc Albrighton after the striking late to rescue a point on Saturday. Of the 129 matches these two top flight stalwarts have competed in, Arsenal predictably come out on top, having won over twice as many games as Leicester have (57 to 28). However, when it comes to clashes outside of the capital, the Foxes shade things, with 22 wins to 18 losses.

This will make for worrying reading to Arsenal fans, particularly when considered alongside their team’s dismal away record this season, which has seen them win on the road only six times in the Premier League.

That being said, recent history is still firmly on the side of the Gunners, who have only lost once in the previous seven encounters. A Mesut Ozil masterclass helped last time out, when the mercurial playmaker orchestrated one of the goals of the season.

Prior to the blip against Newcastle, the Foxes had been in tremendous form – on a four-match winning streak under Brendan Rodgers which had seen them score 11 times.

Sitting comfortably in tenth position, with no fears of relegation but zero chance of Europa League qualification, Rodgers will be aiming to guide his team to a very achievable seventh place finish so as to begin next season’s campaign in high spirits. 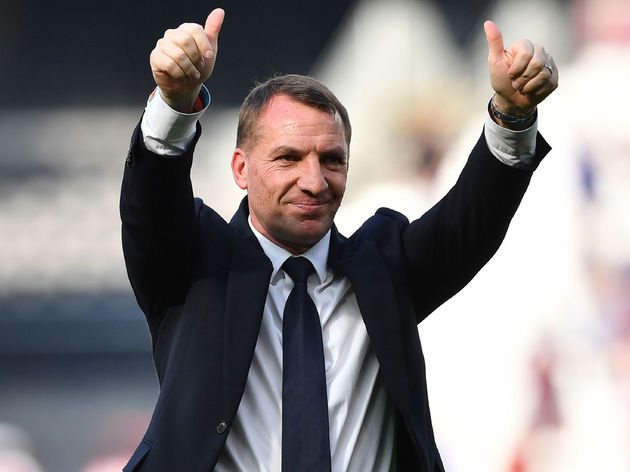 Arsenal’s recent run of results is indicative of their season as a whole; every time they seem to put themselves in a commanding position, they slip up. Unai Emery will be looking to muster a response from his men from now until the end of the season, as the Gunners aim to qualify for the top four and win the Europa League.

Here’s a full breakdown of both side’s previous five results.

Leicester will head into this fixture fully believing they can turn Arsenal over, regardless of their recent record.

Rodgers has instilled a confidence and dynamism into the Foxes’ play, and he will be looking to exploit an immobile back three which has one of the worst away defensive records in the league. Expect Vardy to improve on his already impressive record, as the Foxes edge a tight one.

For as many times as Arsenal have stumbled this season, so far they have showed the ability to bounce back, and they will undoubtedly be looking to do the same again and heap some pressure on their top four rivals.

However, with a Europa League semi-final against Valencia on the horizon (and Emery’s remarkable record in the competition), victory there may still be Arsenal’s best chance of Champions League football next season.