Arsenal and Leicester City are still looking for their first win of the new Premier League season after playing out a goalless draw at the King Power Stadium on the Saturday.

The hosts were afforded a rapturous reception at the King Power Stadium as they emerged for their first home match as champions but the action on the field failed to live up to the atmosphere.

Both teams made four changes to their opening game line-ups and a tentative affair followed, with Arsenal lacking tempo and conviction despite dominating possession – seemingly wary of Jamie Vardy’s threat on the break.

Leicester had penalty claims waved away when Danny Drinkwater and substitute Ahmed Musa went to ground during the closing moments of each half, although referee Mark Clattenburg was fittingly uninterested as he oversaw a match that did little to fire the imagination.

Vardy, who rejected a big-money move to Arsenal in favour of signing a new Leicester contract in June, tore into the area on the end of a first-minute knockdown from the recalled Shinji Okazaki and forced Laurent Koscielny to scramble the ball behind. 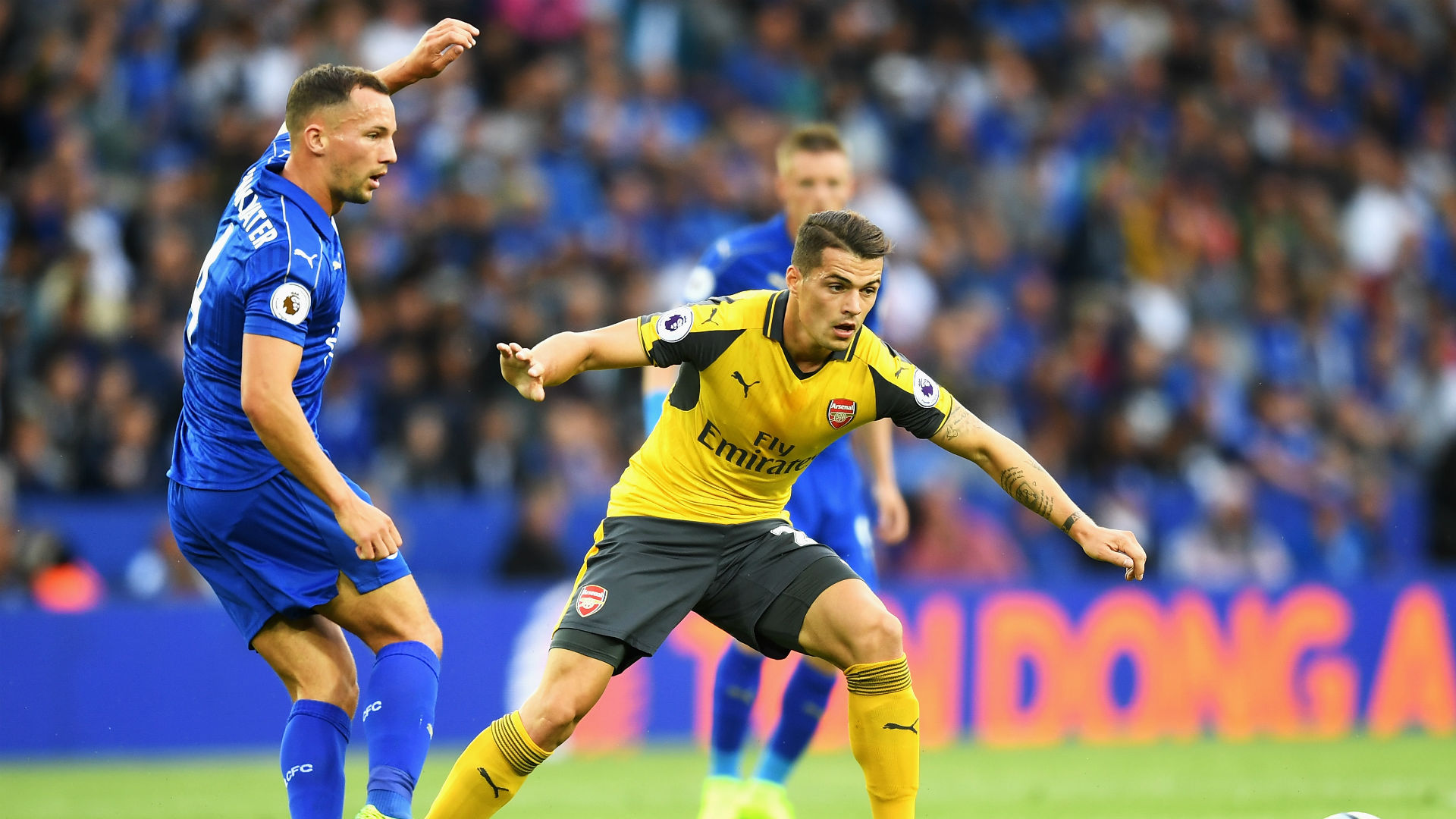 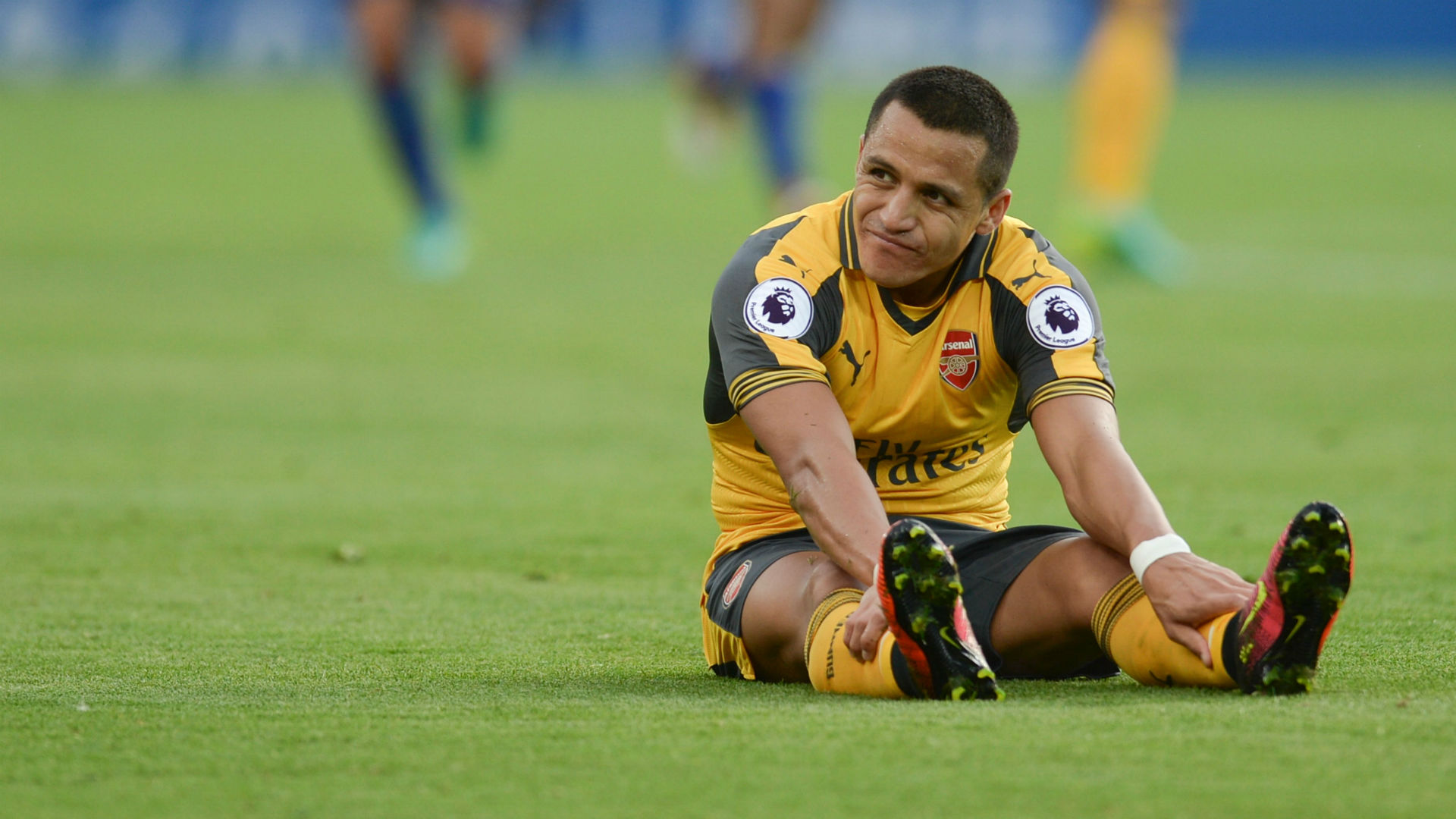 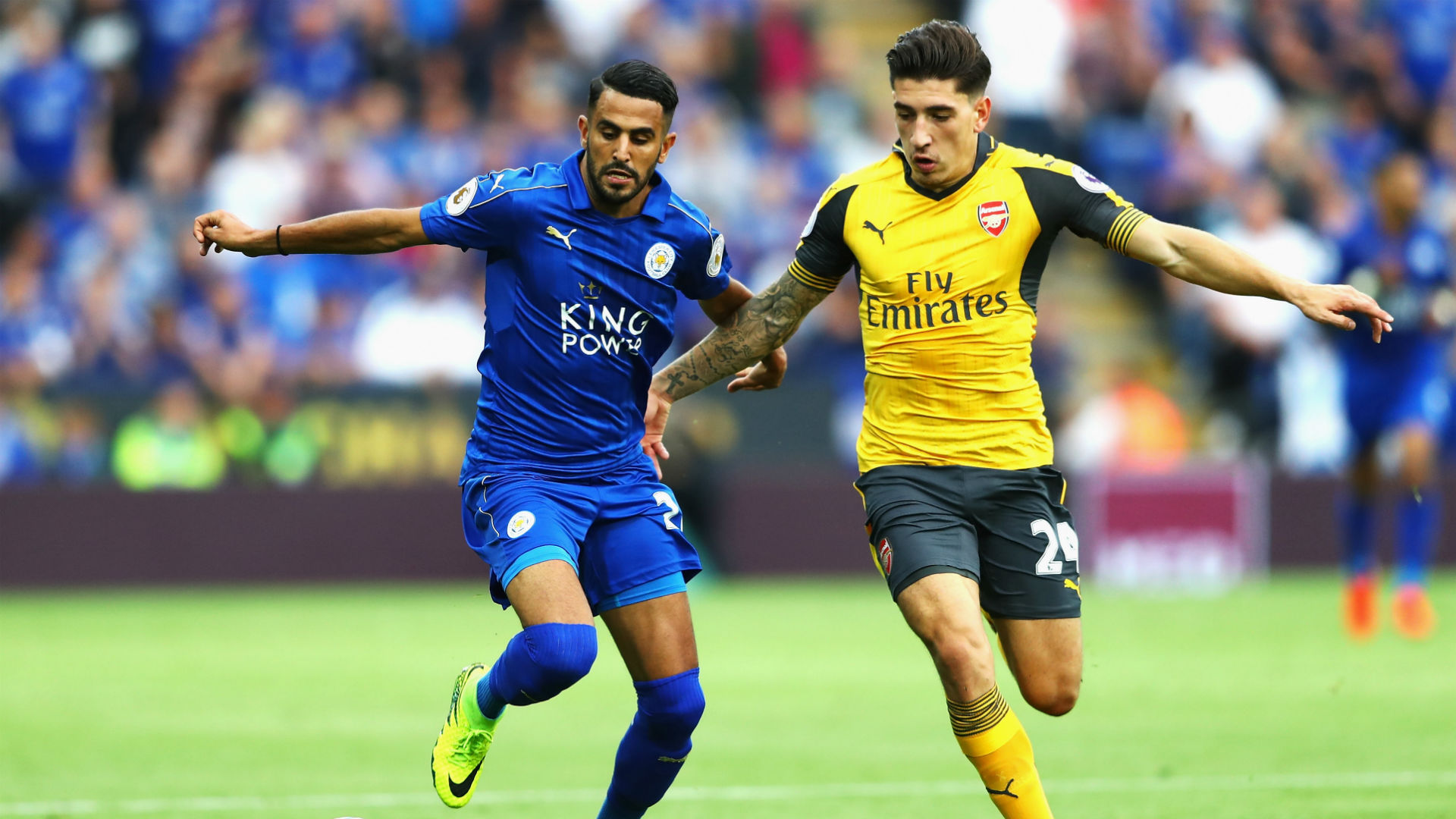 Koscielny was restored to the team before the scheduled end of his prescribed period of post-Euro 2016 rest to bolster Arsenal’s defence but Wenger’s men spent much of the opening stages on the front foot, with full debutant Granit Xhaka and Francis Coquelin controlling midfield as Hector Bellerin and Theo Walcott threatened down the right.

Alex Oxlade-Chamberlain darted in-field to whip a low shot wide in the 25th minute, while Kasper Schmeichel saved well when Santi Cazorla’s swinging free-kick from the left threatened to skip off the turf and in.

Xhaka sent a long-range effort wide and Oxlade-Chamberlain had a strike blocked either side of Koscielny escaping punishment for a desperate lunge on Drinkwater in the box, as a lifeless half threatened to ignite during its closing moments.

After Coquelin cut out a dangerous Marc Albrighton pass with Vardy lurking, Leicester suffered an injury blow early in the second period.

Nampalys Mendy’s Premier League debut was curtailed as he got his studs caught making an interception and twisted his knee. The France midfielder tried in vain to continue before being replaced by Andy King.

A Riyad Mahrez free-kick and a blistering long-ranger from Bellerin kept Petr Cech and Schmeichel occupied as goalmouth action remained at a premium.

Vardy’s pace in behind remained Leicester’s main threat and a dogged battle with Koscielny rumbled on, with the Frenchman applying just enough pressure for Leicester’s star striker to slice off target with 20 minutes to play.

Walcott should have done better than scuffing a low shot at Schmeichel in the 75th before being denied by a last-ditch Wes Morgan tackle.

At the other end, Musa gave Leicester late impetus and could have won a penalty after being felled by Bellerin while Mahrez could not find a winner as he blasted too close to Cech.