Kieran Tierney looks set to feature in Arsenal’s Monday night clash at Manchester United after being left out the Under-23s squad to face Liverpool.

The £25m man has been out since June with a hip injury, but it looks likely that the ex-Celtic man will make his Premier League Forest 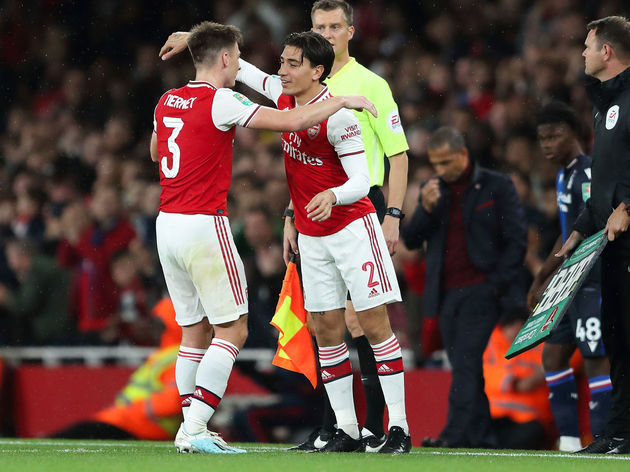 Tierney has looked bright for the Under-23s since his return from a double hernia operation. His pace makes him a real threat from his left-back position and he showed during the week that he is more than capable of taking players on and delivering pinpoint crosses.

With Hector Bellerin and Rob Holding Arsenal the Metro:

““It was amazing to see the people’s reaction to Rob Holding, Kieran Tierney and Hector Bellerin, who played his first 15 minutes [at the end]. Arsenal, who currently sit fourth in the Premier League, will be looking for their first league win at Old Trafford since 2006. Out of last season’s top six, the Gunners are the only side not to win at the ‘Theatre of Dreams’ since Sir Alex Ferguson retired at the end of the 2012/13 season.

The return of Tierney will undoubtedly increase their chances of three points on Monday night, with Sead Kolasinac poised to drop to the substitutes bench.