Juventus have rejected Arsenal’s offer to take Daniele Rugani on loan for two seasons, as the Gunners look to shore up their defence ahead of the new season.

Linked with a whole host of defenders throughout the window, time is running out – with the Gunners still in need of help in multiple positions. Rugani has had limited opportunities to impress since coming back from loan and into the first team setup in 2015, featuring just 15 times in the league last season. 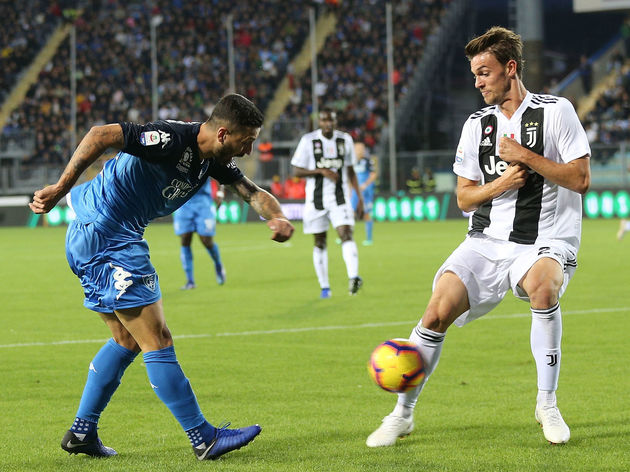 ​Goal report that Juve have turned down Arsenal’s offer to take the 25-year-old off their hands for two years, amid concerns over just how old their own first-choice central defenders are getting.

​I Bianconeri are reluctant to let go of the relatively spritely Rugani with the intention of heading into the 2019/20 season with five central defenders; with growing concerns over the fitness of Giorgio Chiellini making Rugani a valuable member of the squad for the upcoming season. It is also reported that the 25-year-old is happy in Turin, and is keen to make a positive impression under new manager Maurizio Sarri, who managed him in his two-year spell at Empoli.

Arsenal’s quest for a new defender doesn’t end there though, with the Gunners reportedly going back in with a ​third offer for Celtic’s left-back Kieran Tierney – armed with an extra few million pounds from the sale of Krystian Bielik to Derby County this week. Celtic boss Neil Lennon admitted this week: “Normally these things tend to happen again…I imagine there will be offers coming in. For certain individual players, the asking price hasn’t been met and the clubs know what the asking price is. If we’re talking about Arsenal, they have five or six days to come back in with a revised offer.”