The academy player has been prolific for the Under-18s, scoring 11 goals since his move from Sunderland a year ago and is now being monitored by some of Europe’s top clubs.

The striker impressed during the European Under-17 Championships, although his three goals in as many games were not enough for England to progress from the group stages. 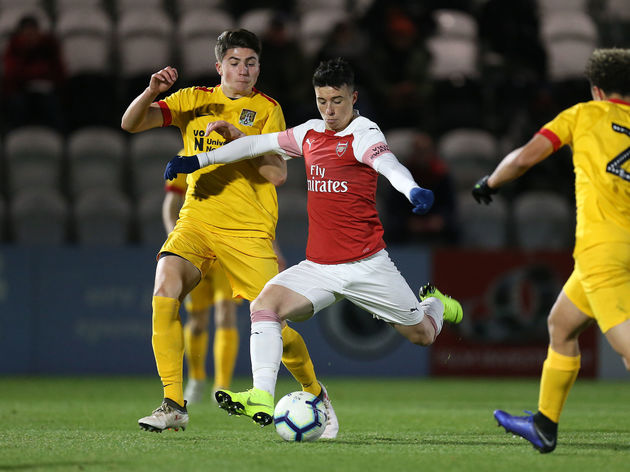 Two Italian giants are now after the youngster’s signature according to the ​Sun, with scouts being sent to watch him as European clubs search for the next Jadon Sancho.

Juventus have previously raided Arsenal’s youth academy, signing Stephy Mavididi in 2018. The 21-year-old has since made his first team debut and the Italian champions believe that Greenwood may have the same potential.

The Englishman is also on Milan’s radar with executive Ivan Gazidis, who played a pivotal role in bringing Greenwood from Sunderland during his time at the Emirates, aware of the starlet’s talent.

Arsenal will look forward to the closure of the European transfer window on Monday as they hope to hold onto their future star. The Gunners are also at risk of losing Nacho Monreal, who has entered the final year of his contract and is not expected to be renewed.

Unai Emery is understood to be willing to allow the 33-year-old to leave this summer for a fee of £3m, with Real Sociedad being a likely destination.

However, the defender’s departure would leave the Arsenal boss with just one fit left-back in his squad, Sead Kolasinac, and with the English market closed, finding a replacement would have to wait until January.