​Manchester United, Liverpool and Arsenal are set to battle for Borussia Dortmund forward Jacob Bruun Larsen, with the winger rated at around £15m.

The Premier League trio are supposedly keeping tabs on the Dane, who scored twice and recorded a further two assists in 24 league outings for Dortmund last season.

News of interest in the 20-year-old comes courtesy of ​The Sun, who state the Danish international’s breakthrough season at the club has attracted the attention of the English sides.

Unai Emery has put signing a winger high on his list of priorities, likewise for Ole Gunnar Solskjaer and ​United, although ​Liverpool’s supposed interest seems to be the most questionable of the three.

Already blessed with some outstanding attacking talent, The Reds’ apparent interest is only linked to the fact Jurgen Klopp still retains contacts with the club he used to manage, making their pursuit of the forward questionable at best.

In the case of the ​Gunners, it is claimed by The Sun that Larsen was identified as a target by the club’s former head of recruitment Sven Mislintat, who was ​Die Borussen’s 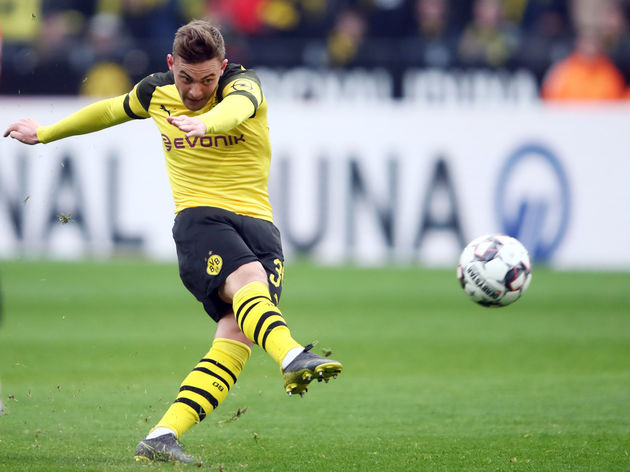 The former Lyngby winger has shown his talent even beyond the recent ​Bundesliga season, s

In March 2017, Dortmund extended Larsen’s contract until 2021, meaning the club would demand a decent fee to part with the starlet, who saw first team opportunities become more frequent during the latter stages of the season – in which Dortmund finished runners up in the league.