Unai Emery’s team selection has been brought into question by ​Arsenal legend Ian Wright, after the Spaniard made a controversial omission in the defeat against City last weekend.

Emery’s side were completely overrun in the 3-1 loss at the Etihad and the result saw Arsenal drop down to sixth as their top-four aspirations were dealt a major blow. 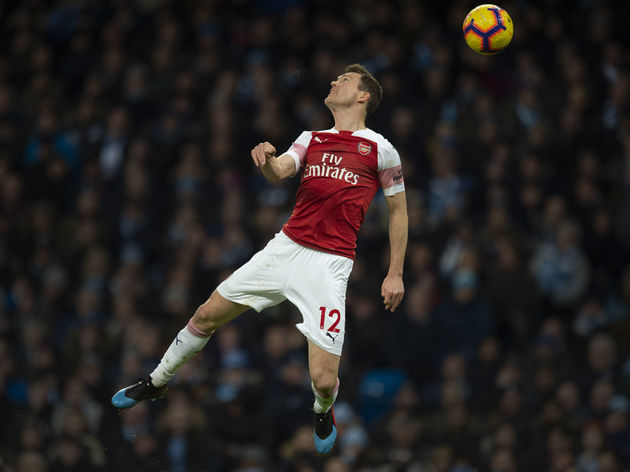 “He played Sead Kolasinac on the left side of midfield instead of the highest-paid player in the history of our club and the most talented player,” Wright told 5Live, as quoted by ​Football London.

“That’s a worry because you need chances, you need creativity.

“Aaron Ramsey’s always going to come on and put in a good shift. Maybe I would have liked to see him play, and Ozil.

“I don’t think we should go up to ​Manchester City and just try the best we can with a makeshift midfield. The right back, you know what I mean. Why didn’t he put Mustafi at right back?”

​Ozil has made just 13 starts in the Premier League this term and has seemingly fallen out of favour with his new boss. The World Cup winner has registered just one assist in the league so far, a long way off the nine he notched last year. Defensively, Arsenal have struggled to find any consistency this season and Lichtsteiner particularly has struggled to adjust to the uptempo pace of Premier League football.

However, with Hector Bellerin set to be sidelined for the remainder of the campaign, Emery may be tempted to experiment with his right-sided defender, with Mustafi one option to fill the void.

The Spaniard’s team selection will once again be thrust into the spotlight as ​Arsenal travel to face Huddersfield next Saturday.