The former Gunners striker has been left frustrated with the club’s poor business decisions as of late, and has targeted Gazidis as solely responsible for the decision to let Ramsey leave on a free transfer. ​Ramsey, who is set to move to Italian giants ​Juventus this summer, is leaving ​Arsenal

“Even with all the stick he used to take, he never ever hid from the ball, always tried to play the way he played, and I’m just pleased that in his last season people appreciate the fact that he was giving everything he could for the club.” 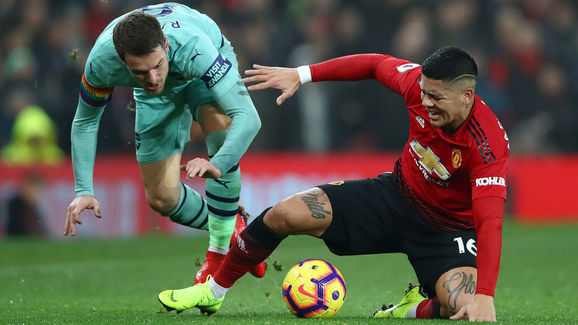 As well as expressing his fondness for Ramsey, Wright went on to target Gazidis and the poor decisions that led to Ramsey’s emotional departure.

“Because if we’re talking about a summer Unai Emery only has maybe only £45m – it’s the rumour, then for them to not do the kind of business where you get some money for Aaron Ramsey – we’ve seen he is a great player, it’s bad business from the club.

“And I’m not going to blame the current incumbents, you’ve got to blame (Ivan) Gazidis, and I’ll firmly lay that at his door.” Whether Arsenal have a replacement for Ramsey lined up or not, it’s going to be no easy feat to find a midfielder who can offer such commitment and quality for the club.