The Spaniard has left his long-time role as Pep Guardiola’s assistant at Manchester City to take charge at his slumping former club.

With Unai Emery’s conservative nature eventually forcing the Arsenal hierarchy into submission, the board have now appointed a footballing philosopher who, despite his managerial inexperience, they hope will be the man to take the Gunners into their new era. 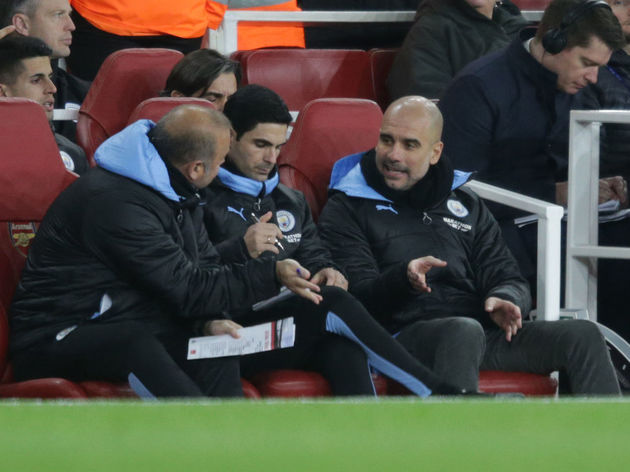 Under Arteta, you can expect Arsenal to be significantly better out of possession while being more efficient on it. A new manager bounce is obviously expected, because why wouldn’t there be one, and the former Arsenal and Everton man will likely get the best out of his team, initially at least..

But the question is, will he be able to sustain it for the long-haul? Time will tell on that one. What we do know is that Freddie Ljungberg will get one last hurrah in the dugout against Everton, before Arteta gets his hands dirty.

So how might he change things? Who is likely to have a more prominent role? Here, 90min predicts his ideal XI going forward, presuming no further investment is made in January… Bernd Leno (GK) – Seriously, where would Arsenal be this season without their German shot-stopper? While their defence has been porous, Leno has been sublime, saving the Gunners in almost every game this season. Undoubtedly the club’s best keeper this decade.

Hector Bellerin (RB) – The Spaniard has struggled since his return from a long-term knee injury and the Arsenal faithful will be hoping that Bellerin returns to his pre-injury form soon. The only way for the full-back to find his groove once more: game time. If he can rediscover his former self, he’ll certainly be an outlet for Arteta’s Arsenal down the right flank.

Calum Chambers (CB) – I can only imagine what it’s like for a manager being forced to pick between Calum Chambers, David Luiz, Rob Holding, Sokratis and Shkodran Mustafi for two centre-back places. How the mighty have fallen, eh? Nevertheless, the versatile Chambers hasn’t been too bad for the north Londoners this season and you can expect him to retain his place under the new manager with his competent ball-playing abilities.

David Luiz (CB) – For all his drawbacks as an actual defender, David Luiz

Sead Kolasinac (LB) – The Bosnian has been ruled out until January with an ankle injury and it wouldn’t be surprising to see Arteta go with three at the back until his return. Nonetheless, with Kieran Tierney out until March, Kolasinac will be the Gunners’ only left-back when he does come back. While he’s certainly one for lapses in concentration defensively, his effort down the left-hand side can’t be questioned and he often finds himself in dangerous crossing positions in the final third. Matteo Guendouzi (CM) – Talented? Yes. Raw? Very. After a period of justified hype around the 20-year-old, Guendouzi has certainly gone off the boil in recent weeks. The Frenchman isn’t capable of playing at the base of midfield – as shown in the game against Wolves

Joe Willock (CM) – Yes, it’s a young duo of number eights, but can Arsenal fans really say that Mesut Ozil deserves a spot in this side. The German has been woeful since he was ‘justly’ brought back into the team by Emery over a month ago and the latter stages of his Arsenal career were epitomised by his glove-kicking performance at City Nicolas Pepe (RW) – Despite what Manchester United fans tell you on Twitter, Nicolas Pepe can play and it’s only a matter of time until he gets going in an Arsenal shirt. Yes. he’s only showed the odd glimpse of why the Gunners spent over £70m on a position they didn’t really need, and has only put in one performance of note, away at West Ham. But he’s an exciting player to watch and hopefully, Arteta will utilise his strengths – playing in transition, with balls in behind.

Pierre-Emerick Aubameyang (ST) – He doesn’t do a whole lot other than score goals, but fortunately, he scores a lot of them and without his 11-goal tally in the league this season, you’d wonder where the Gunners would be. Although he won’t be Arteta’s number nine for the long-term, he’ll certainly be crucial for Arsenal and the new boss until

Gabriel Martinelli (LW) – Finally, a shining light. 18-year-old Martinelli has enjoyed a superb debut season at Arsenal after a £6m move in the summer – scoring eight goals in all competitions thus far, including a goal on his first Premier League West Ham