​Arsenal have enjoyed an epic run to the Europa League final this season, which has glossed over a tough Premier League campaign where they finished fifth.

What this means, however, is that the true determination of the Gunners’ season comes down to one game. Win the Europa League final against Chelsea, and they earn qualification to the Champions League, and finishing fifth is an afterthought. Lose, and they’ll have it all to do again next season.

During said run to the final, Arsenal have produced some fantastic football, buoyed on by their support, both home and away. But for one pair of lucky fans, they had an extra reason to celebrate thanks to KIA.

Prior to Arsenal’s round of 16 tie with Rennes, Gunners fans Harry and Craig were chatting in the pub about the upcoming clash when KIA decided to shock them with an epic surprise as Arsenal legend Ray Parlour strolled in for a chat – and a VIP tour of the Emirates stadium.

As Harry and Craig enjoyed exploring the home dressing room, Parlour – a member of ​Arsenal’s iconic ‘Invicibles’ team, ran them through the player’s mindset prior to stepping out on the field.

“Before the game you’d be thinking about the job you’d have to do, but you’d also be having a bit of fun. It takes the pressure off,” he said.

Parlour also discussed the ‘hardest’ teammate he ever had: “Martin Keown. But he was easy to wind up as well.”

Finally, Parlour discussed Arsenal’s chances in the Europa League: “I think they’ve got every chance. Last year I was at the Atletico game and they should have won. 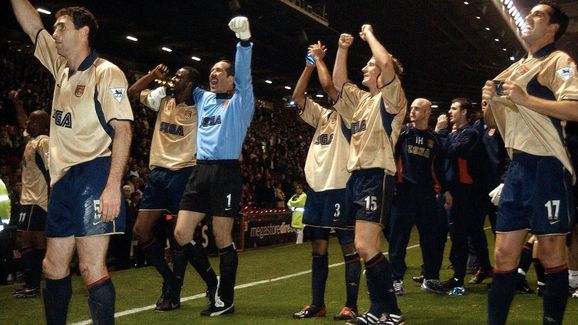 “Unai Emery has got a great record in the competition, Arsenal have got a great chance and it’s so important for the club.”

Arsenal take on Chelsea in the Europa League final on 29 May.

KIA empowers all fans regardless of club or age. Become a hero and join the exciting experience with KIA in the UEFA Europa League!