The introduction of Hawk-Eye in the English Premier League is not the first example of sports using technology to make on-field decisions, with positive and negative impacts

As football gets ready to step into the technological era for the first time with the introduction of Hawk-Eye goal-line decisions in the English Premier League in 2013-14, there have been continued debates as to whether the sport is making the right move by veering away from the tradition of the referee having the final say.

But there have been regular uses of technology and video replay in several sports before now. Countless other pastimes, with their own set of rules and traditions, have long since bowed down to the power of the modern world in an attempt to get as many decisions right as possible.

Has technology been a success elsewhere though? Goal has spoken exclusively with players, officials, coaches and broadcasters to find out how its use has changed their sport, for better or worse. 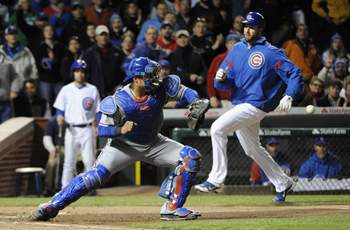 Since 2008, Major League Baseball (MLB) has used instant replay to adjudge questionable boundary calls such as home runs, with the field umpires going into a replay room to check video feeds sent from the MLB offices in New York City.

“I think the main idea is to get correct as many calls as possible. When everybody watching the game on TV can see what the proper call is, the four umpires on the field need to have that assistance at their disposal. By and large, [instant replay] has been successful as many ‘bad’ calls have been overturned.

“The tricky part of extending video to decide close calls on bases is in resetting the baserunners after a call is overturned. I suppose there can be ways to do that, but the toughest part of making tag plays or anything within the field of play subject to further replay is that you have to then go back and ‘reconstruct’ the play.

“I am not in favour of balls and strikes being called electronically. I think the logistics would be a nightmare and I still like the human element of the game in that regard. I think the best way to cut out the delay when umpires disappear to the video room is to have an extra umpire in a booth or suite who can quickly look at replays and radio down to the crew chief. Using a video board in the park is problematic because 1) not all parks have great boards and 2) having it be so public is asking for too much potential fan dissent, in my opinion.” 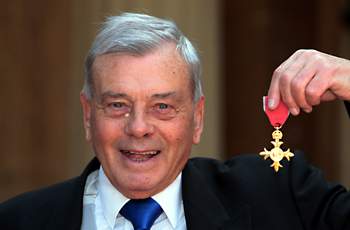 Cricket first introduced the third umpire in 1992 to adjudicate on run-outs, but now has the Umpire Decision Review System which allows players to refer umpires’ decisions to Hawk-Eye.

“I’m all for helping umpires as long as we don’t go too far with it. Regarding football, I think that it’s excellent that they’re bringing in goal-line technology because that causes a lot of controversy. In cricket, the close run-out is the most difficult decision to make and technology for run-outs is very good.

“What worries me is that all the authority is taken away from the umpire now because most of the decisions, in fact every decision, is made by the electronic aid. That is sad. Electronic aids are here to stay, that’s for definite. They’ll probably bring more in now.

“I don’t think they’ll bring any more into football because they can’t afford to keep stopping the game because it’s only 90 minutes. Even in a test match over five days, I feel that spectators don’t like to see a game held up all the time while it goes to the third umpire. When it goes to the third umpire it sometimes takes a long while to come back. It’s a noticeable delay.

“I can’t see where any more technology can come into football, because Michel Platini has said in the press that he wouldn’t have any at all, even the goal-line technology. He would have left it, because as he said, it takes something away from football. The excitement, the thrill, people talking about it. But they’re here to stay now.” 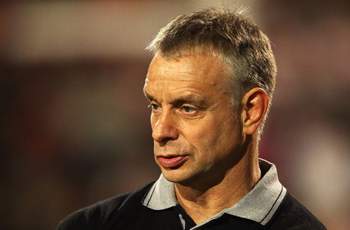 The video referee has been a feature of rugby league since the inception of Super League in 1996, with dubious tries being referred to video in all live TV games in the top flight and major cup competitions.

“I was a massive fan of the video referee system coming into rugby league and its introduction in our game has just added to the drama. You’re waiting for the result of the video call looking at the screen to see if it was or wasn’t a try rather than having down time. I don’t know whether football can have any kind of big screen or not but half of the drama in our game is about trying to judge which way the video referee adjudication will go. But it has the ability to say either way whether it was or it wasn’t, and I think it has been first class and is long overdue in football.

“I think you’re still going to get debate over five per cent of the decisions because even when you see a video referral you can form a different opinion, but I think it is far more clear-cut in football. If the ball is over the line, it’s a goal, although I think they could well use technology for a lot of other things.

“The big misconception is that it slows the game down, but it doesn’t at all. It takes a couple of seconds, then you get ‘Yes, it did go over the line’ or ‘No, it didn’t’, and then everybody’s happy because you got the right decision. And players will be happy with that too. In rugby league we sometimes beat ourselves up over the technology, but it’s the right thing.

“I think where we do have a problem is when a decision remains unclear and we have a debate still about whether or not it was a try and then it comes down to the referee’s call. In those scenarios it should go back to the referee’s decision. I’ve always said that the referee has to have an opinion, because if they can’t solve it with the cameras then that opinion counts. The referee should be saying ‘I think X happened but can you check it for me,’ and then if there is no clear evidence otherwise it should come back to his call.

“We certainly need to get better [with our use of video]. Touch judges need to be diligent when it comes to forward passes, which cannot be called by video because of camera angles, but there’s always going to be a few that get away. That can’t be helped. But anything that’s blatant, it can be decided from the camera.” 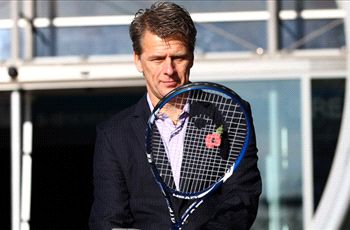 Tennis has used Hawk-Eye to adjudicate on line calls since 2006, with players having the ability to challenge the umpire’s decision three times a set.

“I’m sure there’s a whole load of politics as to why Hawk-Eye hasn’t been used in the past and the fear in football will be the same fear that I had with tennis in that you’re slightly messing with a formula which is clearly successful. It’s a great sport, it’s Britain’s national sport and people don’t like change, they resist it. But to tennis this has been just a huge addition, it increases not only everybody’s enjoyment but the chances of the right decision being made. You can’t expect the referee to be everywhere, he can’t be everywhere and with Hawk-Eye you’ve got the chance to get things right and the team that should come out with the win is more likely to because you’re going to get good and right decisions, and that’s it.

“[When it came into tennis] I was wondering ‘How is this going to be applied? How’s this going to work? Is everybody going to have access to this? How is it going to be implemented?’ The big question I had was over whether it was going to interrupt the flow of the game, and I tell you what: In 10 years time, you’re going to wonder how you ever lived without it in football! I played with this system as a player and I’ve commentated with it and there’s nothing that is negative about it. It is just the right thing to do.

“We have a staccato where it is only used for line calls. It is all about whether a decision was made that was right or whether the decision was wrong. In football I think there should be two appeals per half and there should be time-outs like in basketball. Alex Ferguson would have got a say instead of chewing his gum and looking angry and poking his finger in the technical area, or Arsene Wenger or whoever it is showing incredibly poor sportsmanship sometimes, but I understand their frustration.

“What they should be able to do is say to the technical bloke ‘Stop the game’ and when the play stops next time you should be able to go back and review the decision. This could be harder in football, but for instance if a goal is scored that is offside then the goal can be disallowed. A goal has gone in so play has stopped and you should be able to challenge that decision. If some team has gone 1-0 up and it was offside, then it was offside and it shouldn’t count! Stop the game! It would be great. It’s going to be unbelievable, the crowd would go ballistic! You’d get big screens playing the decisions, it’s just awesome.

“I wouldn’t have thought there’d be a single player on the tennis tour who isn’t totally convinced that it’s the right thing to have, even though there is a built-in margin of tolerance. There has to be a margin, we’re talking about millimetres and fractions of millimetres. It’s a lot more accurate than the human eye, it is as simple as that.

“People like John McEnroe, God bless him, will always find something to moan about, but frankly what we’re trying to do is get the right result and with this technology you’re more likely to get the right result. After all the training and all the commitment and the professionalism and everything else, that is what you’re after. You’re looking for the right result. This is these players’ careers, this is their livelihoods, they deserve the best possible and most accurate officiating, and this is the way to it.”