Hector Bellerin grabbed the headlines after bagging a late equaliser in Arsenal’s 2-2 draw with the Chelsea, capping a spirited display from the 10-man Gunners.

After David Luiz’s sending off in the first half, Arsenal were up against it at Stamford Bridge, heading into the break a goal down after Jorginho converted from the penalty spot.

Gabriel Martinelli did draw Arsenal level just after the hour mark, but it looked as though the game had slipped away from Bellerin and his teammates after ​Cesar Azpilicueta glanced home with just over five minutes remaining.

Bellerin’s late curling effort rescued a point though, with Arsenal’s captain on the night subsequently taking to his Instagram to praise his teammates work ethic.

“Always happy to score against these lot…,” Bellerin said. “But what truly made me happy was everyone fighting for their lives on that pitch. Big well done to the team tonight.”

Bellerin also spoke to host broadcaster BT Sport after the full-time whistle, reiterating his praise for Arsenal’s battling display in the face of numerical adversity.

“It was a really, really, really hard game as it was then with ten men losing a very important player for us especially in defence. 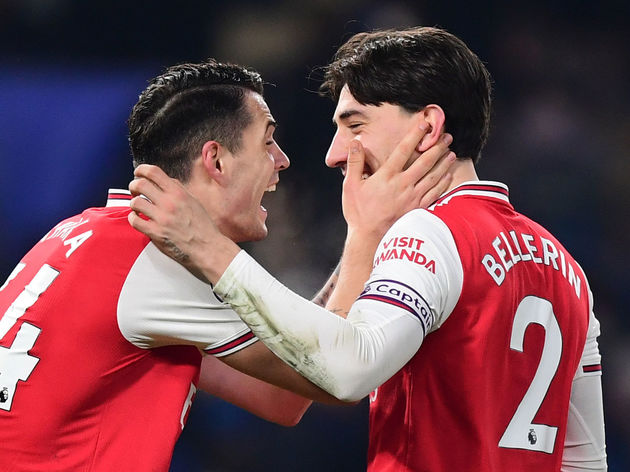 “We turned it around since the minute he got sent off and at half time we were only one down. We saw that there was an opportunity to get back into the game and everyone fought, everyone was defending in the box in that second.

Bellerin’s words were echoed by boss Mikel Arteta, with Manchester City’s former assistant – who has one league win from his opening six games in charge – ​highlighting the spirit within Arsenal’s camp as a key factor in their comeback. He said: “The spirit, character, fight and leadership was there. You have to really stand up. When someone makes a mistake and some has to take a red card for him it can happen.