There are few greater stages in European football than a Champions League knockout tie at the Santiago Bernabeu. Ajax playmaker Hakim Ziyech took his place in the spotlight on Tuesday, and he certainly did not shy away.

The 25-year-old helped keep Ajax moving forward and even netted one of his side’s goals in the stunning 4-1 victory. He has been one of the Eredivisie’s top talents in recent years, and has already racked up 18 goals and 15 assists this year, which will certainly attract the interest of Europe’s top sides.

A move away from Ajax seems almost inevitable, and here are seven sides who will be fighting to win his signature.

Last summer, Roma were thought to be incredibly close to securing a move for Ziyech, but the move failed to materialise and the Moroccan remained with Ajax. However, Roma’s opinion of Ziyech will only have improved, and they may look to reignite their interest as soon as possible. With manager Eusebio Di Francesco leaving the club, coupled with the uncertainty surrounding director of football Monchi, Roma need a high-profile signing to win over the support of their fans once again.

The Giallorossi took Justin Kluivert from Ajax last summer, and they could return to the Eredivisie giants at the end of the season.

​Like Roma, ​Everton were also linked with a move for Ziyech in 2018. The Toffees opted to bring in the likes of ​Richarlison, Bernard and Andre Gomes instead, but they may find themselves regretting that decision soon. Marco Silva has faced criticism from many fans over his preferred style of play, and he may need somebody like Ziyech to come in and help endear him to those disappointed fans.

Unfortunately, they may struggle to win over Ziyech’s representatives, as his agent Rene van der Gijp has previously told ​Voerbal Primeur that his client should not be moving to a team like Everton.

In the same interview, Ziyech’s agent stated that he wanted ​Liverpool to make an offer for his client. If the Reds want him, it seems as though they would have a good chance of convincing Ziyech to sign. 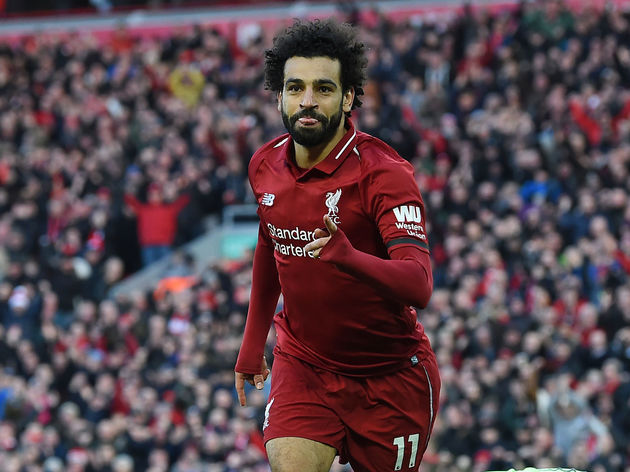 His combination of dribbling and creativity has seen fans compare him to former Liverpool star Philippe Coutinho, given Ziyech’s ability to feature as both a winger and a midfielder. Coutinho was a hit in the ​Premier League, and many feel Ziyech would follow suit.

With their emergence as one of Europe’s top sides, joining Liverpool would undoubtedly be an appealing prospect for Ziyech. However, Ziyech’s agent also mentioned one other Premier League side…

Van der Gijp also named ​Arsenal as one of the sides who he would like to see make an offer for Ziyech. Given his undoubted quality, the Gunners should jump at the chance to sign him. With ​Aaron Ramsey rapidly approaching the end of his time at the Emirates Stadium, Arsenal need a new midfielder who can offer both goals and assists. Denis Suarez has already come in on loan, but it remains to be seen whether his move will be made permanent.

A lack of transfer funds was reportedly an issue in January, and the same issue could ultimately price them out of a move for Ziyech. Nevertheless, if they can raise the funds, Arsenal should do whatever it takes to bring him in.

If Ziyech chooses to leave Ajax, he will likely have no shortage of options from England. ​Chelsea are preparing for life with a transfer ban, and that could lead to them flexing their impressive financial muscle this summer. A common criticism of Chelsea’s midfield is their lack of goalscoring threat. Jorginho and ​N’Golo Kante are not attacking players, whilst there are doubts over the long-term suitability of ​Ross Barkley or ​Mateo Kovacic. They need a player like Ziyech, so why would they not go for him?

Maurizio Sarri is a tough man to impress, something which ​Ruben Loftus-Cheek has learned the hard way this season. Whether Sarri likes him or not, he should consider enquiring about Ziyech.

After experiencing Ziyech’s stunning talent first-hand on Tuesday, ​Real Madrid should look to Ziyech as the man who can help carry them out of their slump. Santiago Solari’s side need something new. Defenders are asking them questions and, despite boasting countless global superstars in their ranks, Real ​seem utterly unable to find the answer. They need somebody like Ziyech, who can create something out of nothing, to come in and be their missing link.

Financing a deal is rarely an issue for Real, and it is likely that they will look to spend heavily in an attempt to recover from one of their worst seasons in recent memory.

​Borussia Dortmund have built a reputation as one of Europe’s most exciting sides this season, meaning someone like Ziyech would fit in seamlessly. With Christian Pulisic soon to be on his way to Chelsea, Dortmund will need somebody to replace him. ​Crystal Palace’s ​Wilfried Zaha has long been a target, but ​the Eagles will likely need a huge offer to part ways with their talisman, meaning Dortmund could be forced to look elsewhere.

Ajax have proven to be willing to part ways with their stars if the right offer is received, and it seems just a matter of time before Ziyech is on his way out. Could Dortmund be the place for him?