Pep Guardiola will return to Camp Nou to take on Barcelona with Manchester City in the Champions League group stage.

Barca and City, who reached the semi-finals last season before being defeated by eventual winners Real Madrid, will also face Borussia Monchengladbach and Celtic in Group C.

Defending champions Madrid will face Borussia Dortmund in Group F, with Cristiano Ronaldo returning to his first club to face Sporting and Legia Warsaw completing their list of first-round opponents.

In Group A, Arsenal will meet Paris Saint-Germain in another clash of two big hitters, with Basel and Ludogorets also standing in their way of a place in the knockout stage. 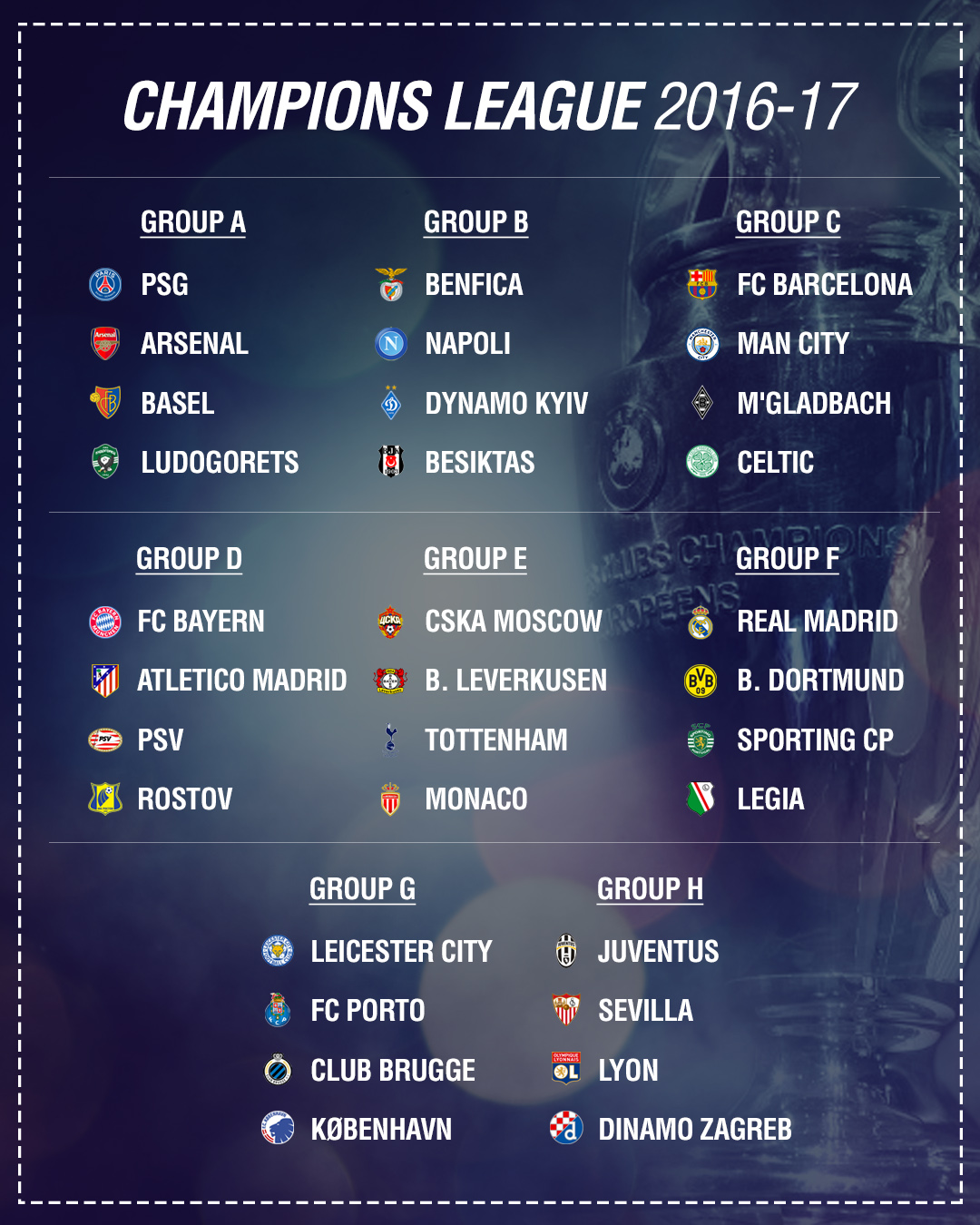 Leicester City and Tottenham will be optimistic of reaching the second round, with the Premier League champions facing Porto, Club Brugge and Copenhagen in Group G and Spurs taking on CSKA Moscow, Bayer Leverkusen and Monaco in Group E.

There is a tougher path through for Bayern Munich, who will meet last season’s runners up Atletico Madrid as well as PSV Eindhoven and Rostov in Group D.

Juventus will also be tested by Europa League champions Sevilla, Lyon and Dinamo Zagreb in Group H, while Benfica, Napoli, Dynamo Kiev and Besiktas are in Group B.