Isn’t it strange how a one off game has the power to define a whole season? During the 2018/19 campaign, Arsenal weren’t much worse than Tottenham Hotspur or Chelsea – who both finished a few points above them in the Premier League – however, it almost felt ominous that Arsenal would find a way on to Europe’s top table via an unpopular backdoor, in the back-end of Baku, Azerbaijan.

Given the distance travelled, given the slightly eerie atmosphere in the stadium, given the amount of empty seats and the lack of fans that were in the stadium from ​both clubs, perhaps it was inevitable that the game wouldn’t start with fierce intensity.

Predictable things that happened in the #EuropaLeague final:

In a fairly drab first half it would most likely need something truly special to really light it up.

But if ever there would have been a time put that ‘he doesn’t do it in the big games’ chat to bed, it was then. Instead, he meandered off the pitch after about 70 minutes as Arsenal were falling apart.

Arsenal fans will allude to what happened off the pitch in the lead up to the final, most notably the diplomatic difficulties which led to

Most of the Arsenal fans we spoke to out in Azerbaijan were far more confident than the Chelsea fans. 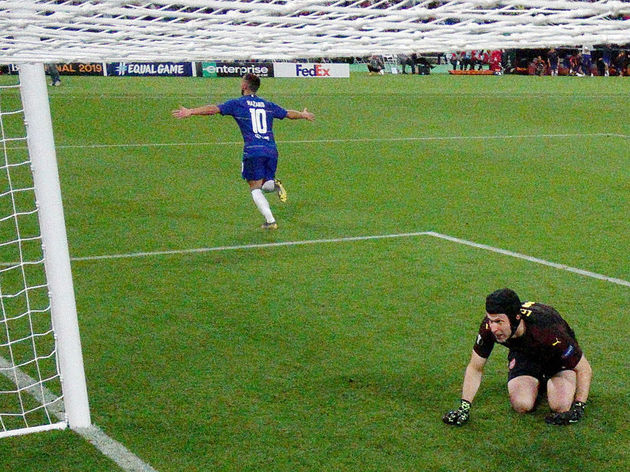 So the questions remain.

Arsenal haven’t had a good season. The likes of Mesut Ozil haven’t shrugged off the critiques of his effort levels. Arsenal are further away from the top four than ever.

And to make matters worse, without Champions League football, their summer transfer budgt is now a measly £40m. In today’s market, that probably gets you Olivier Giroud back. At best.

Spurs, Man United, Liverpool and City will all spend, and will all strengthen, and it’ll be harder than ever for Arsenal to keep up.