​Arsenal captain Granit Xhaka has refused to apologise for his actions against Crystal Palace on Sunday, where the Swiss midfielder could be seen telling a section of fans to “f*** off” as he was substituted.

The 27-year-old was booed and jeered by home fans as he walked off the pitch, reacting by goading the home support whilst he was still on the pitch, cupping his ear and ultimately shouting expletives at the crowd.

Arsenal manager Unai Emery has revealed that he asked Xhaka to make an apology during a meeting with the midfielder, but it appears that he’s turned down the proposal as fans continue to wait some clarity from their captain. 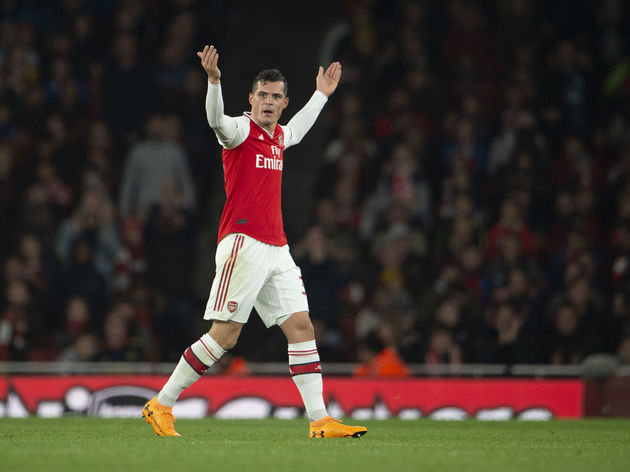 “Be close and we are going to try to be close with our supporters and this is a step, little-by-little, towards that in this moment. It’s that he is devastated and he is very down.

“He was wrong and he feels it inside very deeply. He is down and the most important thing now is that we look after him, his family. Look after him, the club, the team and also recover our best Granit Xhaka.”