Former Chelsea and Tottenham midfielder Gus Poyet gives us his predictions ahead of the first round of matches – but how do you think he’ll fare?

The Premier League is back! Three new clubs, five new managers, and host of new signings. This season is geared-up to be a blockbuster!

Manchester United may have lifted the first piece of silverware of the campaign, but with Sir Alex Ferguson moving upstairs at Old Trafford, will the reigning champions retain top spot now that Jose Mourinho is back?

To kick-off the season, we’re launching a brand new weekly feature, Goal Predicts, where our experts have their say on the weekend’s games. First up, former Chelsea and Tottenham midfielder Gus Poyet! 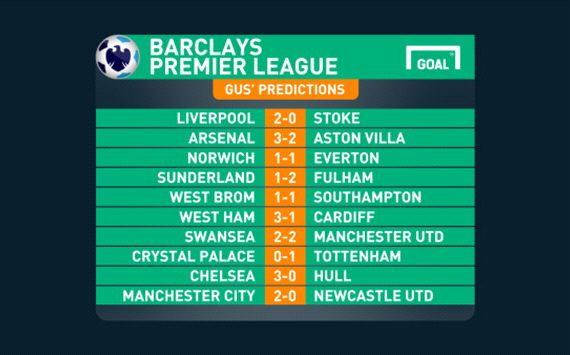 Gus has had his say, and now you can too! Leave your predictions in the comments below, and vote on how you think the Premier League legend will fare.