Arsenal striker Olivier Giroud placed his stunning ‘scorpion’ kick goal against Crystal Palace above any other he has scored in his career.

The Gunners beat Palace 2-0 at Emirates Stadium on New Year’s Day to go third in the Premier League, but the occasion belonged to Giroud’s wondrous, improvised goal.

Stretching to reach an Alexis Sanchez cross behind him, Giroud flicked out his left boot and sent the ball arcing over Wayne Hennessey and in off the crossbar.

A gracious Giroud said the goal – which echoed a recent similar strike from Manchester United’s Henrikh Mkhitaryan – was more down to luck than judgement, and said he was happy to have scored on consecutive appearances – his only Premier League starts of the season.

“I think it’s my best one,” Giroud said. “Alexis gave me the ball a bit behind and I tried to take it [with the] backheel and I had a lot of luck.

“It was just about luck! I was not on good balance. 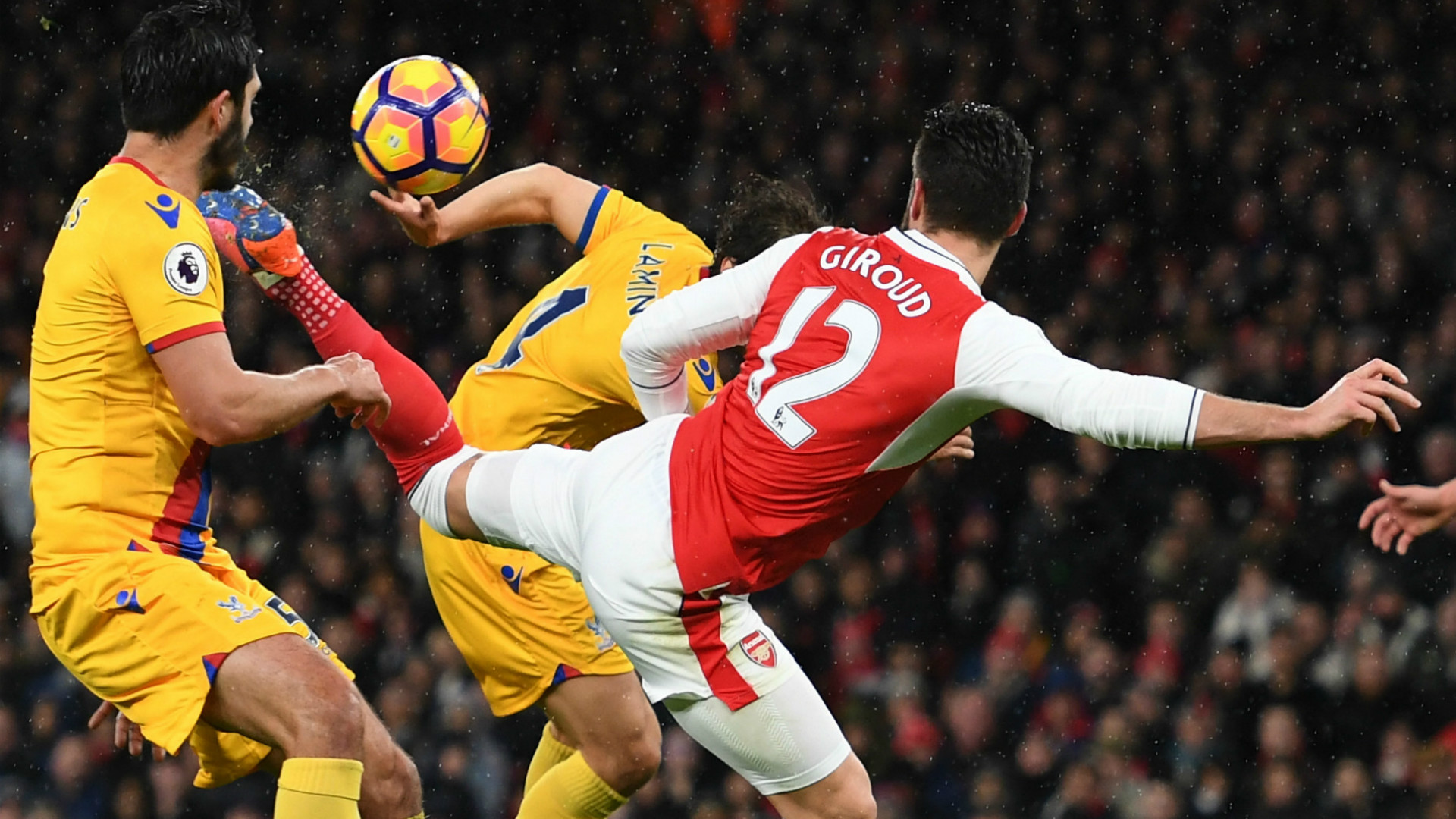 “It was a great feeling and I wanted to score from the first minute.

“I tried to deflect it. In this position you can do something else, so I was lucky and it’s nice for me and nice for the team.”

Asked if he had ever scored a similar goal, he said: “Not at all, so that’s why I enjoyed it.”

Alex Iwobi’s header sealed the win for Arsenal, who struggled to marry their dominance of possession with incisive attacking for large parts, and Giroud says they must maintain the positive trend that comes with consecutive league wins.

“We need to keep going,” he added. “We need a good moment to stay up [in the table] like everyone.

“The teams in front are doing very well, they are on strong runs as well, so we need to respond. It’s nice to win this first game of the year.”