​Claude Makélélé (rightly) gets all the plaudits for playing a vital role in Chelsea’s two title-winning campaigns, and is revered by fans and critics alike for his creation of the ‘Makélélé role’ – that of the midfield destroyer.

However, the Frenchman’s impact is still often over-hyped amid Chelsea’s rise, which coincided with the spending of £300m on players in two years – unheard of in 2003/04 and still eye-watering in 2020.

While Makélélé should rightly be praised for his performances at Stamford Bridge, in retrospect, the respect and critical adulation now seem excessive. The former Real Madrid star didn’t exactly invent the formation of 4-3-3 or the concept of playing a specialised role in a team to allow creative players to have less responsibility. He just did it very well. But so did others at the same time.

Across town, a Brazilian from Atlético Miniero was enjoying his time in England.

Comparatively, Gilberto’s pivotal role in arguably the greatest ​Premier League side ever is criminally downplayed.

Why isn’t the Brazilian viewed in the same manner as the defensive greats? Why does

In understanding why Arsenal’s greatest number 19 doesn’t get his props, it starts with his style. He was simplicity personified.

In these more tactically enlightened times of ​N’Golo Kanté, heat maps, distance covered metrics and gegenpressing, football audiences understand the importance of winning the ball back. But that was not exactly a given in 2002.

Gilberto had the knack of always being in the right place, utilising his physicality to win the ball back without going to ground and calmly shifting the ball on. Thierry Henry, Robert Pires and Dennis Bergkamp were doing their thing up top that drew everyone’s attention, so it’s understandable that people might miss Gilberto’s four key interceptions during the 90 mins.

English audiences have always grown up thinking slide tackles and body-on-the-line challenges are the peak of defensive qualities. However, in the words of Paolo Maldini, ‘if I have to make a tackle then I have already made a mistake’.

Positional understanding and reading actions are the most critical aspects of defensive football. The advent of data in football came too late for the average fan to properly respect Gilberto’s true importance to that great ​Arsenal team.

Another factor to work against him was that stylistically, the midfielder’s play was alien to people’s perception of ‘Brazilian’. 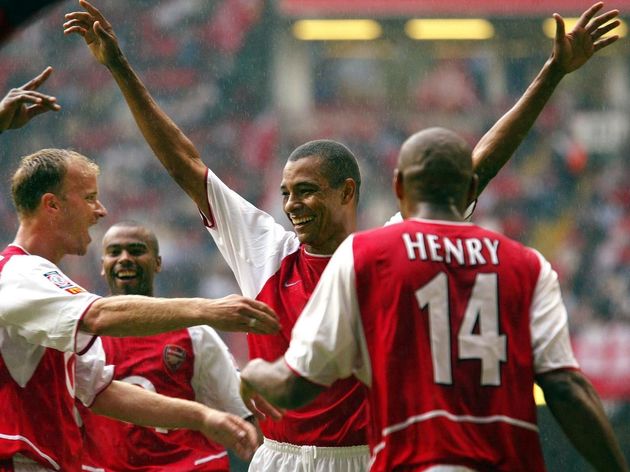 Fans, pundits and media like to exoticise footballers, using stereotypes to better understand foreign players, which subtly affect the viewers’ opinion of their games. Was Darren Fletcher underrated because he was Scottish? Was Tim Cahill’s physicality accepted because he was Australian?

Gilberto’s lack of ‘Brazilian’ qualities fails to note that the Seleção have a proud history of the disruptive midfielder – Dunga and Clodoaldo being two key examples. Gilberto’s essential role in Arsenal’s Invincibles was a continuation of a heritage cultivated in Brazil.

Gilberto Silva arrived in N5 after winning the World Cup alongside Rivaldo, Ronaldo and Ronaldinho. By no means a spare part, the combative midfielder played every single minute of the competition.

In South Korea and Japan, Gilberto would understand his importance in allowing the creative players to play – an essential in top-heavy attacking sides. 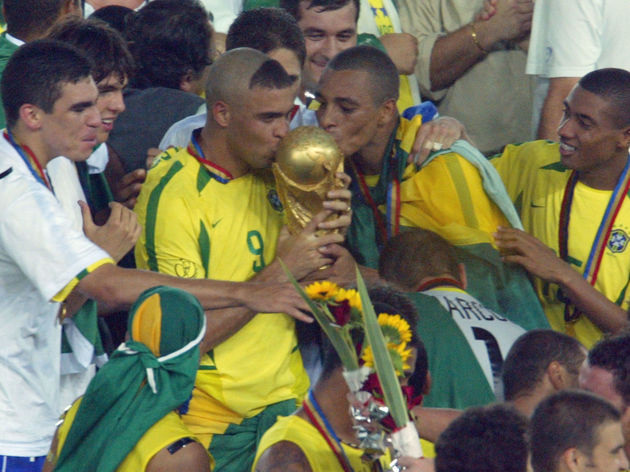 Hindsight gives people clairvoyance they didn’t have but having an individual playing the Gilberto role in attacking sides seems so blindingly obvious.

However, tell that to the Real Madrid management that sold Makélélé to ​Chelsea​Real Madrid

The generational talent of Ronaldo, David Beckham, Luis Figo, Zidane and Raúl won far fewer trophies than their quality should have merited. Talent can allow you to win once, a balanced side allows consistency. Late Runs Into the Box

In his first game against Liverpool in the Community Shield, coming on as a half-time substitute, Gilberto would introduce ​his knack for goalscoring. An incisive pass from Ashley Cole pierced Liverpool’s defence and Bergkamp found a late-arriving Silva to smash home.

Often favouring an occasional late run into the box, the Brazilian would enter your screen as you searched for where the ball should go. Seeing no obvious option, you’d see a steamrolling, leggy number 19 meeting the cross to emphatically finish.

Gilberto had impeccable timing and seemed to be in the right place at the right time, not just in defence. The Brazilian finished the 2003/04 season with as many Premier League goals as Dennis Bergkamp and Freddie Ljungberg.

Gilberto scored 24 times in six seasons so it’s important to stress that they are occasional forays into the opposition box, with the majority of the time spent diligently sticking to his position, facilitating transitions and turnovers.

Chelsea ultimately won more, but certainly not with the same attacking panache as the Gunners, while its hard to argue the Frenchman had more of an impact on his team than Gilberto. 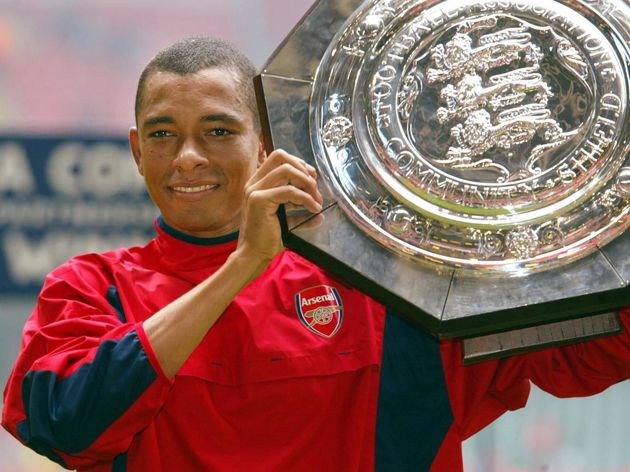 All of this is not to detract from Makélélé’s success with the Blues, it’s more to readdress how Gilberto should be viewed.

Makélélé did not innovate, even the man himself said so. “I didn’t invent anything…I am simply a complete footballer,” the Frenchman once explained.

Gilberto Silva was another ‘complete footballer’, but one whose contribution often goes unheralded.