The Gunners have been in abysmal form in recent weeks, with three consecutive defeats in the Premier League damaging their hopes of finishing in the top-four. With their Champions League qualification hopes now in the balance, Neville has criticised Emery’s squad and claims that there are only two players in the current set-up that are of sufficient quality for Emery to keep.

“I have to say every time I look at the ​Arsenal team I think ‘How many players, really, would Unai Emery like to be at the club in two years?”, he said ​on his Sky Sports Podcast.

“It really is a squad that looks devoid of balance, of real quality and strength. They’ve got a couple of good strikers [​Pierre-Emerick Aubameyang and ​Alexandre Lacazette], there’s no doubt about that, and that’s helping them. 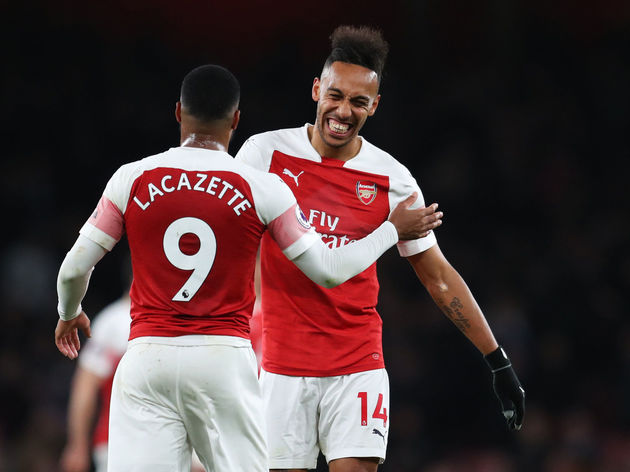 “He’s (Emery) doing a brilliant job for them to be where they are,” he added.

Aubameyang and Lacazette are Arsenal’s two top goalscorers this season, with 24 and 16 goals respectively in all competitions.

Despite Arsenal’s poor ​Premier League form, the Gunners still have a chance to qualify for next season’s ​Champions League by winning the Europa League this season. They face ​La Liga side Valencia in the first leg of their Europa League semi-final on Thursday at the Emirates, with the return leg taking place at the Mestalla Stadium on May 9.