​Outgoing Arsenal boss Freddie Ljungberg has admitted that he ‘wanted to make a stance’ after dropping Mesut Ozil from the Gunners’ squad for their 0-0 draw with Everton on Saturday afternoon.

Ljungberg was not impressed with Ozil’s behaviour when the German midfielder reacted badly to being substituted and kicked his gloves in frustration during his side’s recent 3-0 defeat to Manchester City. 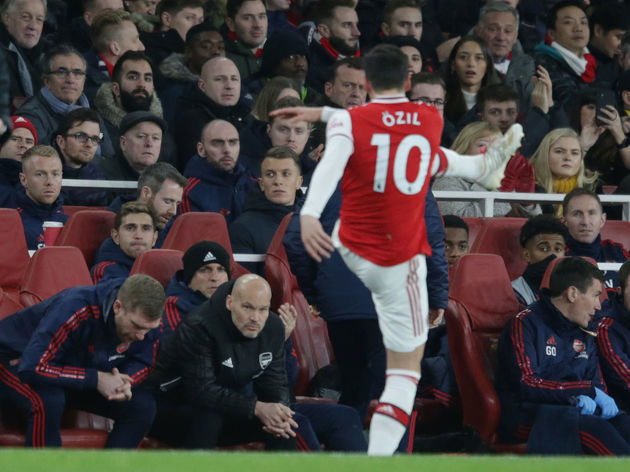 The Swedish boss confessed that the ex-Real Madrid star was injured for the clash with Everton on Saturday, but the 42-year-old insisted that he would not have picked Ozil, even if he was fully fit, Sky Sports reports.

“For me, I got asked after the game about Mesut,” Ljungberg said. “He walked off the pitch [in the ​Man City game] and then kicked his gloves. The fans were not happy. I got asked about it and said, ‘At Arsenal, that’s not how we behave and not what we do’. I stand by that.

“Mesut was injured, but I would not have picked him for the squad because I want to make a stance that it’s not what I accept from an ​Arsenal football player. That’s my decision. I won’t make the decisions again, but that’s what I think.” 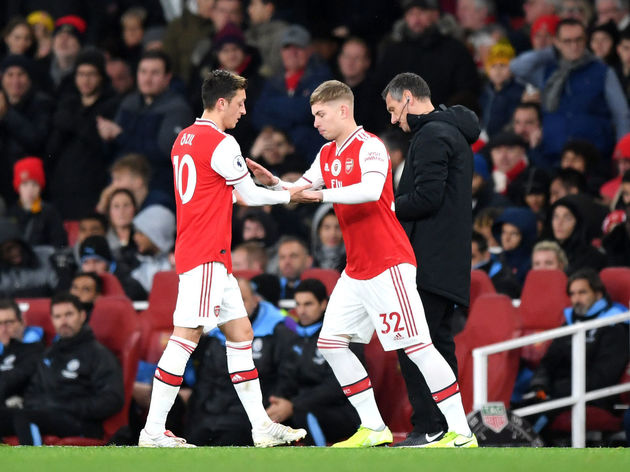 Ozil has struggled to nail down a regular place in the Arsenal side this season, and he was dropped by ex-Gunners boss Unai Emery due to a lack of work ethic during training sessions. The draw with ​Everton proved to be Ljungberg’s final match in charge of Arsenal, as the club have appointed Manchester City’s assistant manager Mikel Arteta as the new boss.

But Ljungberg confirmed that the Arsenal hierarchy is keen to keep him at the Emirates in some capacity, and he will discuss his role with Arteta on Monday.

“The club has told me they want me to stay so I will sit down with Mikel on Monday and talk to him,” he said.