“I’m certainly in favour of discussing a new way of looking at the offside rule, to see if it can help, because I think the issue is more an issue of understanding,” Infantino said as he arrived in Belfast for Saturday’s annual general meeting of the International Football Association Board, as quoted by ​Sky Sports. “Some of [the decisions] are very, very close and it’s difficult for the people who are watching to see whether it’s offside, so we have to look at whether we can make the offside rule clearer by having light in between.”

It is worth noting that there can be no change to the offside law at this weekend’s meeting, as any alterations would need to go through a set process.

However, when asked about whether some leeway could be introduced on VAR reviews in order to improve the current process of decision-making, Infantino explained that this wouldn’t solve the issue. 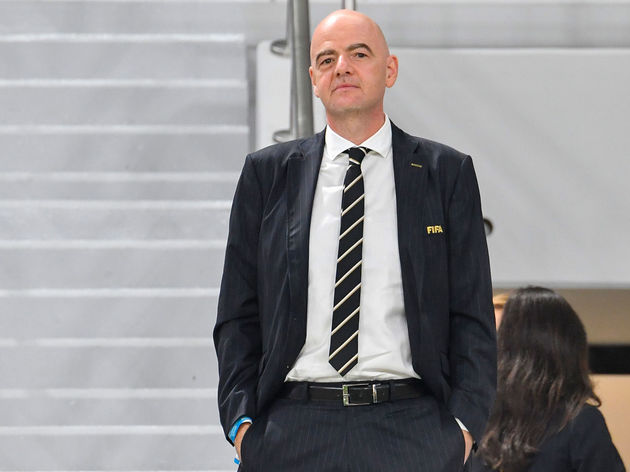 The use of VAR, and the decisions it has come to this season, are continuing to cause outrage in the Premier League – but Infantino was quick to point out that this isn’t the case in other European leagues. However, once again, he reiterated that it is something that can be solved.