With all that said, here’s a rundown on how the British clubs got on in their first group stage games of the campaign. Celtic had hoped to play Champions League football this season, but failure in the qualifiers ensured it was Thursday nights they would have to keep free for the 2019/20 term.

The Bhoys were made to work for their point against Rennes, however, as Ryan Christie netted a second half penalty after former Milan and Watford striker M’Baye Niang had given the hosts the lead.

Cluj, coincidentally Celtic’s conquerors in the qualifying stages of the Champions League, scored a big 2-1 W over Serie A side Lazio, who fielded star names like In the other game in the group, Standard Liege pipped Vitoria 2-0. 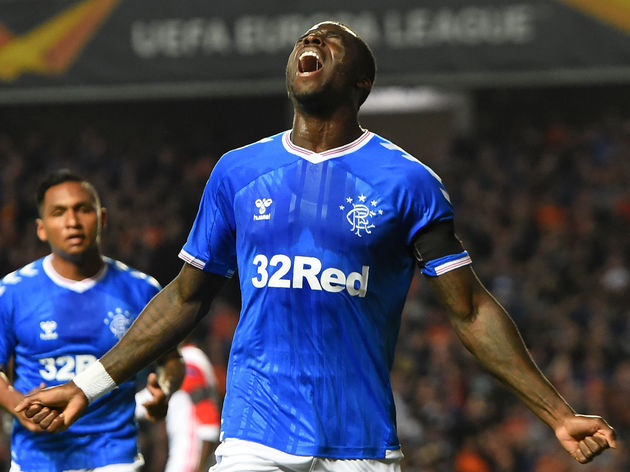 Rangers fans were probably cursing their luck when James Tavernier missed a penalty in the tenth minute.

However, Sheyi Ojo smacked in a thunderbolt shortly after to put the Gers ahead. That goal proved to be the difference, the game ending 1-0.

There was a fair bit of added time in the group’s other game between Porto and Young Boys, but the former eventually secured a 2-1 victory.

Wolves, who have disappointed so far in the Premier League this season, hosted Primeira Liga side Braga on Thursday night.

Things went from bad to worse when Ricardo Horta gave the visitors the lead in the 71st minute, finishing off a swift counter attack following Ryan Bennett’s sloppy pass. Wolves couldn’t muster up an equaliser.

Slovan Bratislava smacked Besiktas 4-2 in the other game. ​Manchester United made their fans wait until the 73rd minute before opening the scoring, but it must have been worth the wait to see one of their young guns steal the show.

Mason Greenwood netted his first senior goal for the club, squeezing one in from a tight angle to break the deadlock, giving Ole Gunnar Solskjaer another 1-0 triumph following their similar success against Leicester at the weekend.

In the other game in the group, Partizan Belgrade and AZ Alkmaar played out a feisty 2-2 draw, Bribas Natcho netting twice for Belgrade.

A full roundup of Thursday night’s results can be found below.