Nothing beats the excitement of an accumulator on an action-packed weekend of football and with bet365’s Euro Soccer Bonus, there is less excuse than ever to miss out.

You can now place a multiple featuring games from throughout Europe’s four biggest leagues and the Champions League and receive a bonus of up to 100 per cent on your returns. A treble gets you 5%, a fourfold is worth an extra 10% and a nine fold would earn you a boost of 50%! Here’s a few games to get you going … 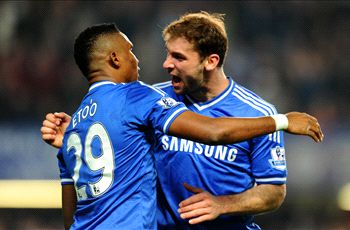 Despite Jose Mourinho’s insistence otherwise, Chelsea are now looking every inch the champions in waiting, as their insatiable winning mentality has seen them pick up 36 points from the last possible 42.

Aston Villa may have recorded a hefty 4-1 win over Norwich last weekend but their record of eight defeats and just four victories in 14 at Villa Park does not bode at all well for a game against the Blues.

With four wins and one draw to their name in the last five Premier League games on the road, the visitors surely represent the ideal first inclusion to our accumulator, at odds of 1/2 (1.50). 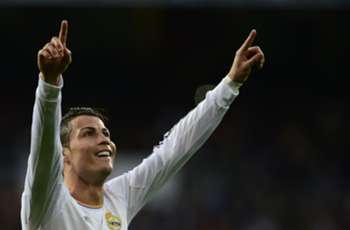 With Atletico and Barcelona not in action until later on this weekend, Real Madrid have the chance to increase the pressure on their title rivals by moving six points clear at the top of La Liga when they take on Malaga.

Having won 24 and drawn five of their last 29 games in all competitions, Carlo Ancelotti’s men will be confident of getting the job done against a Malaga team currently flirting with relegation after losing a number of big stars in the summer.

With 18 wins in their previous 21 games against Bernd Schuster’s team, los Blancos are a solid addition at odds of 1/4 (1.25) to come out on top here. 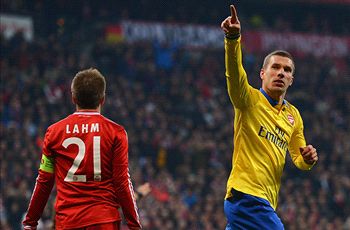 After publicly hanging his players out to dry following their 4-0 defeat at Chelsea and a midweek loss to Benfica, Tim Sherwood will be looking for a reaction against bitter rivals Arsenal on Sunday.

Unfortunately for the Tottenham boss, his opponents come into this match on the back of a scintillating 4-1 FA Cup victory over Everton and a creditable 1-1 draw away to the reigning world champions, so should be confident of recording a third north London derby win of the season.

With the distraction of European football now behind them, Arsene Wenger’s men are well worth backing at 11/8 (2.38) to give their Premier League title bid a boost with victory at White Hart Lane. 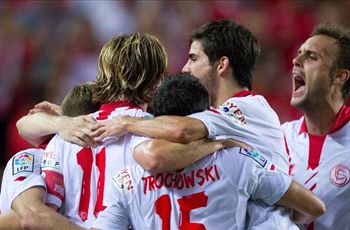 With just one win in their last 17 away games, Real Valladolid represent ideal guests for a Sevilla side hoping to keep their hopes of European qualification alive.

Los Rojiblancos have kept themselves well in the mix for the top six with a run of three consecutive victories in the league and may even start dreaming of a Champions League place should they make it four in a row for the first time this campaign.

Only bottom club Real Betis have picked up fewer points on the road than Juan Ignacio Martinez’s team this season, and odds of 4/9 (1.44) are not to be missed on them succumbing to another defeat here.