As I’m sure Unai Emery would affirm, it was indeed a ‘Good Ebening’ for Arsenal as they outshone Eintracht Frankfurt to win 3-0 in their 2019/20 Europa League opener on Thursday.

It was a breathless opening half hour, in which the home side produced a whopping 12 shots and the visitors consistently threatened on the break, with countless efforts that could’ve and should’ve been converted. Ultimately, though, it was the Gunners who proved the more clinical of the two, as Joe Willock’s effort found the net through a sea of bodies, his shot deflecting off a defender and onto the underside of the crossbar, which kindly kissed it into the goal.

The second half was a bit less frantic, though Frankfurt certainly made a go of it before Dominik Kohr’s 79th-minute red card put a spanner in the works, allowing the Gunners to run away with things thanks to a pearler from Bukayo Saka and a capper from Pierre-Emerick Aubameyang.

Check out 90min’s full breakdown of the game below.

Naturally, being a Europa League group stage clash, it was all about youth for Arsenal in Germany, and the youngsters certainly didn’t disappoint. Sure, there was some naivety, and certainly some profligacy at the start, but their tails were always up, and in an atmosphere as charged as this, that was no mean feat.

Particular props must of course go to the adventurous and relentless attacking duo of Willock and Saka, who were at the heart of every threatening moment Emery’s side mustered. 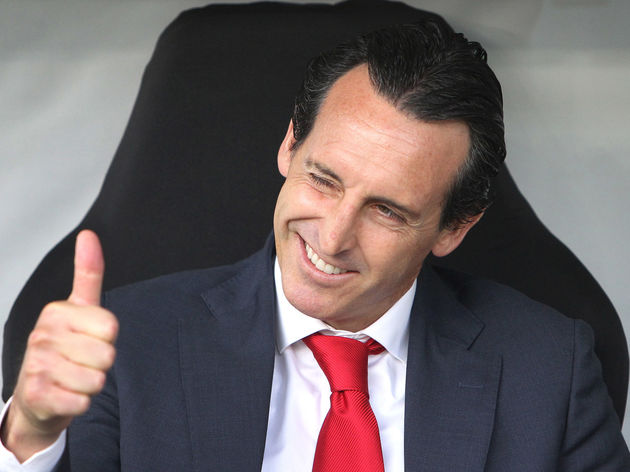 Yes, they rode their luck at the back at times, but a clean sheet with David Luiz and Shkodran Mustafi at the back should not be sniffed at. No siree. You didn’t think we could go through this without mentioning that dynamic duo, did you?

Luckily for the Gunners, that’s the only time we will.

Willock NEEDS to be starting in the Premier League. Since Pre season, he hasn’t had a bad game whenever he’s been given the opportunity. Brilliant player

I know we’re only 38 minutes in but Bukayo Saka. Don’t want to get carried away but Leo Messi.

The 18-year-old Englishman was a joy to watch throughout, in turn provoking the opposite reaction in every defender he came up against.

Assisting Willock’s deflected first was one thing, but the poise he showed before his pearler of a first goal for the club was something else entirely, while the assist for Aubameyang was the icing on the cake of a totemic performance.

Sure, it’s a step up, but there’s no reason why that can’t be replicated in the Premier League in the months to come.

For Arsenal, their return to domestic fare will come in the shape of Aston Villa at the Emirates, while Frankfurt are set to entertain Jadon Sancho’s Borussia Dortmund.