Trailing by two goals, The Gunners are far from favoured ahead of their daunting trip to Bayern Munich. But history shows shocks are part and parcel of European football

Arsenal are undoubtedly up against the odds in Tuesday’s Champions League clash with Bayern Munich. Losing 2-0 at home to the European champions and expecting to get anything from the return leg, never mind a two-goal victory, seems more fantasy than reality.

The Gunners are not the only European giant looking for salvation in unlikely places in the last 16: Bayer Leverkusen are four goals down to Paris Saint-Germain ahead of the return trip to Parc des Princes, AC Milan lost 1-0 at San Siro to Atletico Madrid, while Manchester City have the thankless task of etching out a big victory at Barcelona’s Camp Nou. Schalke and Zenit were also hammered 6-1 and 4-2 at home by Real Madrid and Dortmund respectively in their first legs.

However, the European Cup is littered with examples of unexpected wins and unfathomable comebacks. Goal looks at five classic turnarounds in two-legged battles on the continent… 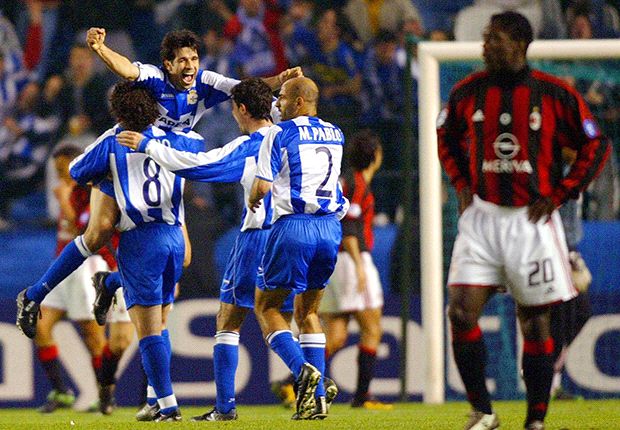 Since the European Cup became the Champions League in 1992, only one side have overturned a three-goal margin going into the second-leg of a knock-out game in the latter stages of the competition.

Deportivo La Coruna may have since fallen into obscurity but back in 2004 they were nicknamed SuperDepor for a reason, as AC Milan found out to their cost in the quarter-finals. The Serie A side held a comfortable 4-1 advantage after the first leg, during which Kaka contributed two goals. But Walter Pandiani’s early strike in Milan would prove to be vital.

Back in Galicia, the Spaniards made a rip-roaring start to the encounter and were in front through the Uruguayan within five minutes. By half-time, Juan Carlos Valeron and Albert Luque had Depor ahead in the tie, which was sealed 5-4 on aggregate when Fran capped a memorable night less than 15 minutes from the end. 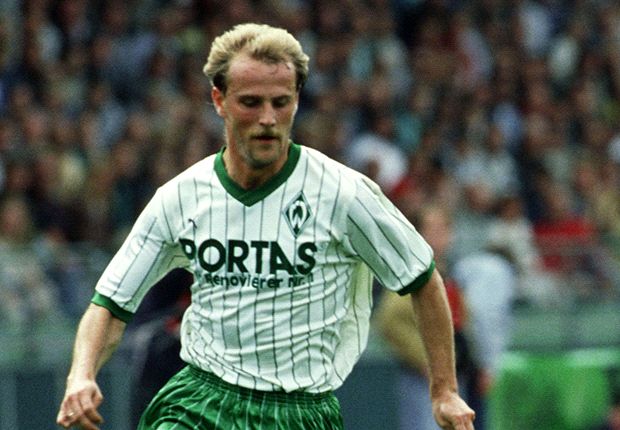 Prior to Deportivo’s heroics, the previous team to recover from a three-goal deficit was Werder Bremen, who won a battle against East German rivals Dinamo Berlin in a highly politicised clash in 1988.

It was a strong Dinamo who got the better of the first leg, running out 3-0 winners thanks to goals from Andreas Thom and Thomas Doll, as well as Frank Pastor.

If Werder had been out-played in the first game, they were all over their rivals from the other side of the Berlin Wall in the second encounter. Michael Kutzop got the ball rolling midway through the first half, but it wasn’t until the second 45 that the hosts really kicked on. Guenter Hermann and Karl-Heinz Riedle got the tie back on terms before Manfred Burgsmuller and Thomas Schaaf completed a remarkable recovery late on.

Having previously retrieved a similar scoreline in the Uefa Cup against Spartak Moscow one season before, Werder gained a reputation as being dangerous underdogs and the ‘miracles of the Wesser’ have been repeated several times since. 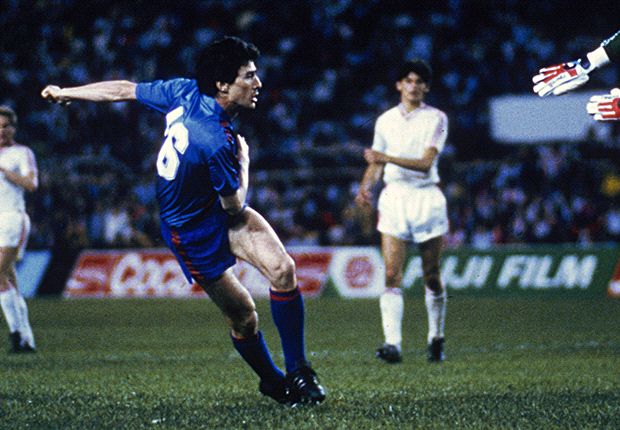 Barcelona are a club with a history of recovering from an unlikely position to progress in the European Cup.

On the hunt for their first ever crown, they seemed to have struck a dead end when they came up against an excellent Gothenburg side in the spring of 1986.

Thumped 3-0 in Sweden, where Torbjorn Nilsson grabbed a double for the hosts, Barca returned home determined to make sure their elimination of Michel Platini’s Juventus in the previous round was not in vain.

Pichi Alonso would be the hero of the hour for the hosts as he struck a hat-trick to send the match to penalties following the 3-0 finish. Roland Nilsson actually had a penalty to put Gothenburg through, but his miss was symbolic of the whole tie for the Swedes who crashed out 5-4 to the Catalans.

Barca’s hunt for their debut European crown, meanwhile, was to fall short against Steaua Bucharest in Sevilla, where they were the victims of a penalty defeat after a 0-0 draw. 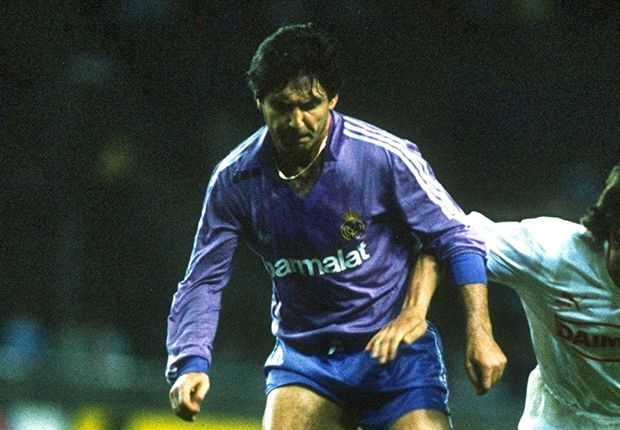 The season of 1975-76 was a great one for comebacks, but it would be Real Madrid’s recovery against Derby County that was the greatest in terms of magnitude, eclipsing Saint-Etienne and PSV who both overturned two-goal deficits at the quarter-final stage.

Two penalty kicks in the midst of a hat-trick from Charlie George contributed to a 4-1 lead for the English side following the first-leg at the Baseball Ground, but this advantage would be insufficient to stave off the threat of the fearsome Spaniards.

Back in Madrid, Roberto Martinez’s third-minute strike looked insufficient at half-time, when Madrid held only a 1-0 advantage, but he quickly doubled his tally after the restart and Santillana grabbed a third moments later. Though George poked the Rams back ahead, Pirri levelled the tie from the penalty spot before Santillana won the match during extra-time, taking the score to 5-1.

The Blancos‘ adventure came to an end in the quarter-finals, however, when they were defeated by eventual winners Bayern Munich. 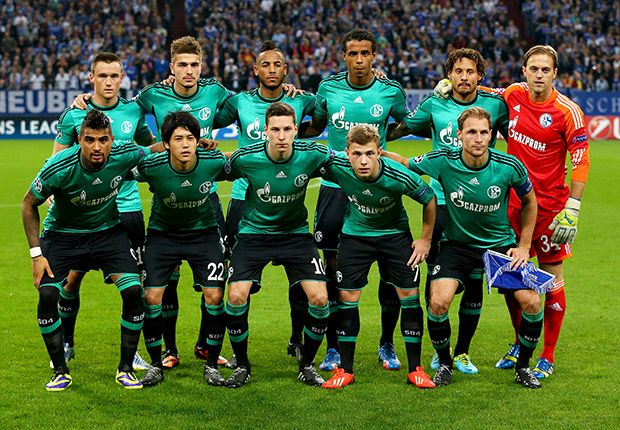 Schalke, in desperate need of a miracle next week against Real Madrid, were the first team to ever overhaul a three-goal deficit in European Cup football way back in the 1958-59 season.

Danish side KB raced into a three-goal lead in their home leg after just 46 minutes, but their inability to add to their tally would come back to bite them almost a month later, when the second match was played.

Incredibly, Schalke led that encounter 3-0, also scoring their third goal in the 46th minute. Erling Andresen then scored a double for the guests, who were once again seemingly through only to concede two goals in two minutes in the closing stages.

As this was before the away goals rule, a decisive third encounter was played in Enschede, in which the Germans cruised to a 3-1 victory.