​Following their forgettable 2017/18 Premier League campaign, ​Crystal Palace will be keen to remodel their squad ahead of the upcoming season with the prime objective being improving on last season’s shaky form.

One position the Eagles are reportedly keen on strengthening is in goal, with current number one Wayne Hennessey being viewed as too unreliable, leaving Palace considerably vulnerable when under the cosh. As such, the Londoners have entered into talks with young ​Arsenal target and current Toulouse number one Alban Lafont, viewing the youngster as the ideal remedy for their goalkeeping issues, as reported by ​GFFN.

Although Lafont is currently only 19-years-old, the French youth star has an abundance of experience already under his belt, having made a total of 105 first team appearances for Toulouse throughout his time in Ligue 1. 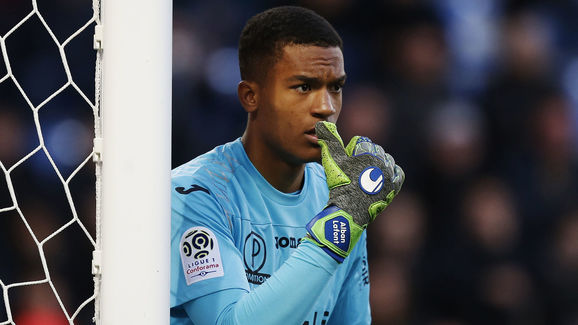 After ​the French youngster expressed a desire to leave Les Violets this summer, a number of clubs across Europe took interest in Lafont’s situation, including Premier League giants Arsenal. However, it is Palace who have taken the first steps towards bringing the Burkina Faso-born youth star to England.

Palace have spoken to Lafont’s entourage and have promised the youngster their number one spot should he opt to move to Selhurst Park and choose to ignore other potential suitors.

Dutch Eredivisie outfit PSV Eindhoven are the only other club known to have contacted Toulouse regarding the potential acquisition of Lafont. However, it is widely believed that Palace currently lead the race to land the 19-year-old shot stopper.