The year is 1992. Football as we know it is about to be changed forever by the establishment of the Premiership –  the rebranded English First Division.

Here’s a list of key facts about the new competition’s first ever season.

What about the PFA Team of the Season?

Well, readers. We’re afraid you’re going to have to read on for that particular information. Enjoy.​ 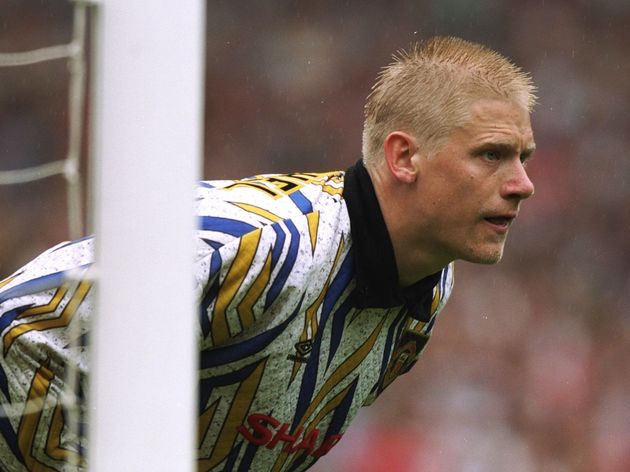 ​Starfish save and wavy shirt enthusiast Peter Schmeichel made his first appearance in the PFA Team of the Season in 1992/1993.

Although Blackburn’s Bobby Mimms pipped him to the Golden Glove award – registering 19 clean sheets to Schmeichel’s 18 – the Great Dane got the nod as the season’s best goalkeeper.

​Queens Park Rangers’ fifth placed finish was one of the highest league positions in the club’s history.

A big reason for the Rs success were the performances of tough tackling right-back David Bardsley. He beat off competition from the likes of Earl Barrett and Paul Parker to secure his place in the Team of the Season. 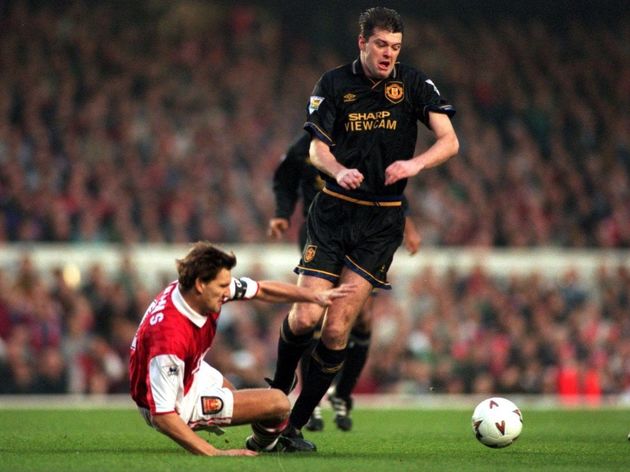 ​Appearing in his fourth PFA Team of the Season was Gary Pallister, whose towering presence at centre-back helped ​Manchester United secure the title.

The Red Devils comfortably had the best defensive record in the league and it was no surprise that Pallister secured his place in the XI. Anchoring Ron Atkinson’s back four was Republic of Ireland legend Paul McGrath who also popped up with four goals – his highest scoring campaign ever. Leeds went into the season as reigning champions…making their 17th placed finish nothing short of disastrous.

Even in the midst of a very underwhelming campaign, left-back Tony Dorigo still managed to impress enough to be included in the Team of the Season over Denis Irwin. Very impressive stuff. ​It was not just Dorigo that impressed with teammate Gary Speed also being selected in the XI.

The midfielder was an industrious presence for the Whites, also netting seven goals – making him the club’s second top scorer. Forest were relegated at the end of the campaign and despite some protracted contract negotiations that earned him the ire of Brian Clough, the club’s fans still voted him player of the year. ​The Guv’nor Paul Ince racked up six goals from midfield, including some vital strikes in the winter months to propel United to the top of the table.

His inclusion in the Team of the Year was the first of three consecutive selections, as he dominated Premier League midfields throughout the early 1990s. The first of the Class of 92′ to ever be included in a Team of the Season, Ryan Giggs was well on his way to becoming a superstar.​

The Welshman hit a combined 18 goals and assists to kick off a hype train that continued to roll for over a decade. ​Alan Shearer limply raised his hand in celebration no less than 16 times during the first Premier League season – also chipping in with five assists.

Not his most prolific season by any means…but still enough to garner him a place in the Team of the Season. ​Ian Wright scored 15 times for a notoriously boring Arsenal side – more than earning his place in the XI.

Wright’s four assists meant he was directly involved in almost half of Arsenal’s 40 goals during the season. Where would they have been without the fiery frontman?