​It’s the most wonderful time of the year. But, for Premier League football clubs, it’s also among the busiest, and certainly most important. The TV rescheduling can be a cruel mistress, and it has been no less ruthless in 2018.

While the title cannot be won at Christmas, it can definitely be lost. With that frightening prospect in mind, here is the upcoming festive schedule for each of the top five, and the amount of respite they have, as reported by the ​Liverpool Echo (with a bit of extra research from yours truly), ranked from most congested to least. Factor in the League Cup quarter final clash with Arsenal that will kick things off on December 19th and the FA Cup 3rd round fixture with Tranmere that will bookend the proceedings on January 4th, and it promises to be a pivotal, and hefty, period for Mauricio Pochettino’s side.

Tottenham’s north London counterparts do not have it much easier, though they do have an extra day in which to fulfill their festive duties. They start with Burnley at home (Saturday 22nd, 12:30), then face consecutive away trips to Brighton on Boxing day (17:15) and Liverpool (29th, 17:30) before rounding off their festivities by hosting Fulham on January 1st at 15:00.
That equates to 242.5 hours of action, 25 more than their local rivals. 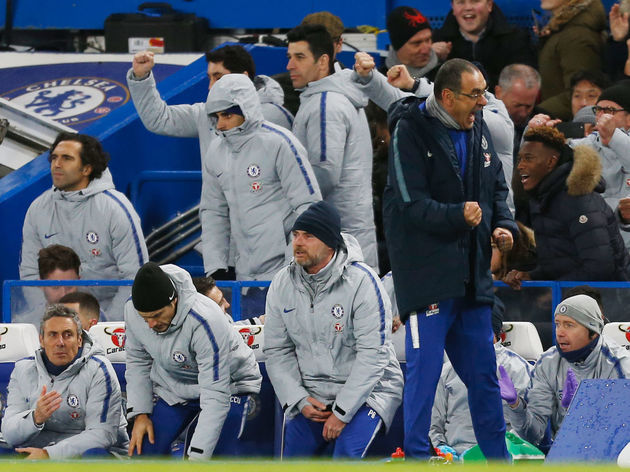 They’ll finish the Xmas season with the arrival of Southampton on January 2nd, at 19:45, making that 268 hours and 45 minutes of festive fun.

The second most favourable schedule goes to Pep Guardiola and Man City. The Citizens have 293 hours to complete their duties, starting with Crystal Palace on the 22nd (15:00) and finishing with that mouthwatering clash with Liverpool on January 3rd (20:00).
Those are sandwiched by journeys to Leicester on Boxing Day (15:00) and Southampton on the 30th (14:15). As an aside, you may have notice that three of those teams are the exact same ones that Chelsea will be playing, a fascinating titbit for any Christmas party, I think.

There we have it. It is in fact Jurgen Klopp’s table-toppers that will receive the most recuperation time this Christmas, with a whopping 312 hours in which to finish their seasonal fixtures. This is all thanks to their handy Friday night kick off against Wolves at Molineux on December 21st. That 20:00 kick off comes a full 19 hours before City’s hosting of Palace on the Saturday, and is the only differential between the two. Before that crucial clash with the Pep and co at the Etihad, ​Liverpool will host Newcastle on Boxing Day (15:00) and Arsenal on the 29th, at 17:30.