Defensive errors proved costly for Arsenal as Chelsea ran out 2-1 winners in a competitive preseason friendly at the Emirates Stadium.

Following Arsenal Women’s 2-1 win over Chelsea, it was the turn of the men and it was the visitors who took the lead through Kai Havertz’s 26th-minute strike.

Emile Smith Rowe hit the woodwork as Arsenal pushed for an equaliser, while Hakim Ziyech also struck the post as Chelsea went in at the break with the lead.

The Gunners, who handed a debut to £50m signing Ben White at the start of the second half, eventually found a response through Granit Xhaka’s header but just four minutes later Hector Bellerin gifted possession to Tammy Abraham and the striker, who has been linked with a move to Arsenal this summer, restored Chelsea’s lead.

Mikel Arteta’s side thought they’d grabbed an equaliser when Joe Willock’s shot crashed down off the underside of the crossbar and across the line, but the goal wasn’t given as Chelsea held on for a confidence-boosting win ahead of the new campaign.

How Chelsea secured victory at Arsenal…

The Arsenal fans were off their seats early as Pierre-Emerick Aubameyang’s flick released Kieran Tierney, but the Scot’s cross was just out of the reach of Alexandre Lacazette at the near post.

The game was being played at a fast pace and despite dominating the ball, it was Arsenal who went behind following a devastating counter-attack from Chelsea.

Timo Werner was left one on one with Pablo Mari and the German had support in Havertz, whose finish picked out the top corner to give the visitors the lead.

Moments later, Arsenal were caught napping as Werner got in behind again, but on this occasion, the striker poked his shot wide of the near post.

It was Chelsea’s turn to gift Arsenal possession and it almost resulted in an equaliser as Smith Rowe’s shot struck the foot of the post.

“I just had a talk with the doctor. He’ll have a scan tomorrow. At the moment it’s not looking good.”

The Gunners brought on White at half-time for his debut and it didn’t take long for him to impress as his superb goal line clearance denied Ziyech.

Lacazette then went close with a free-kick, Edouard Mendy making a smart save to deny the French striker, but the equaliser eventually came.

Xhaka, who has been linked with a move to Roma this summer, lost his marker at a corner before powering a header into the corner. 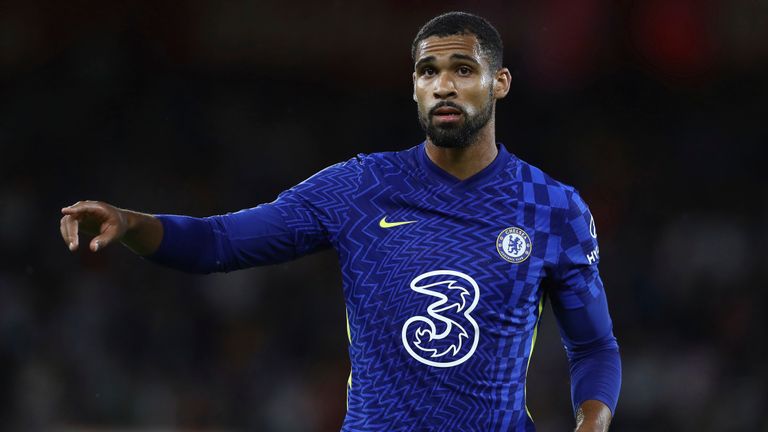 Ruben Loftus Cheek was in pre-season action for Chelsea on Sunday – and boss Thomas Tuchel wants the midfielder to fight for his future at the club.

There was a renewed energy from the Arsenal supporters but that quickly disappeared as a moment of madness helped restore Chelsea’s lead.

Bellerin’s poor pass played in Abraham, and the Chelsea striker didn’t need a second invitation, calmly slotting the ball past Leno and into the bottom corner. 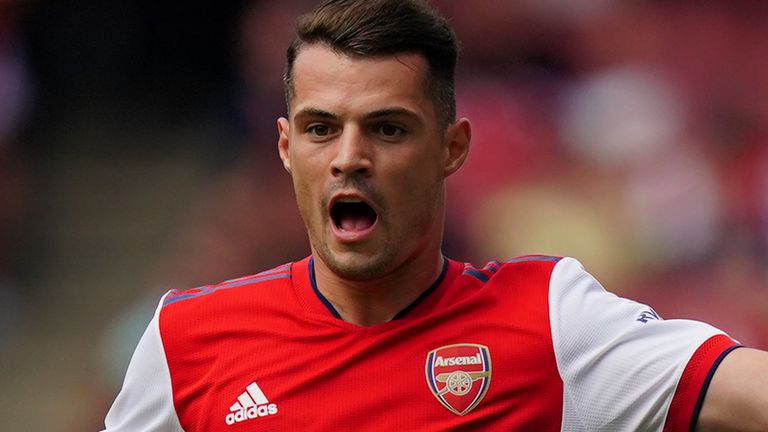 Arsenal pushed again for another equaliser and Aubameyang should have grabbed it, but after being picked out by Nuno Tavares’ superb cross, the Arsenal skipper headed wide.

The Gunners did think they had an equaliser when Willock’s shot hit the underside of the crossbar and bounced down, but despite replays suggesting the ball had crossed the line, the goal was not given by referee Andre Marriner and his team of officials as Chelsea held on for victory.

There have been plenty of eyebrows raised at the £50m spent by Arsenal to secure the services of Ben White, but minutes into his debut he showed his worth with a superb goal line clearance to deny Hakim Ziyech.

Late on in the piece too he was once again back on the goal line to hack the ball clear to once again deny Chelsea a goal, but they were the only real positives in what was a worrying defensive display from the Gunners with their Premier League opener at Brentford under two weeks away.

During the first half, Rob Holding and Pablo Mari were continually left exposed by Chelsea’s threat on the counter. Mari did well on one occasion to stop Timo Werner, but he couldn’t do it a second time as the German picked out Kai Havertz for the opener.

Arsenal did get themselves level through Granit Xhaka in the second half but moments after the equaliser, Hector Bellerin’s woeful pass gifted Tammy Abraham the winner in what was another worrying example of Arsenal’s attempts to play out from the back.

As early as the second minute Holding’s sloppy pass gifted possession to Chelsea and it was a theme throughout that ultimately ended in Bellerin’s gift to Abraham.

This is not a new problem for Arsenal but one that plagued them throughout last season. For sure, Ben White should help that, and he needs time to settle, but the signs will be worrying for Arteta with the new season just around the corner.

Analysis: Should it have been easier for Chelsea at Arsenal?

“In the end, the European champions were gifted victory after Hector Bellerin’s error gifted Tammy Abraham the winner, but Chelsea could have been home and dry earlier had they taken any of a number of chances that fell their way.

“Timo Werner, who did provide the assist for Kai Havertz’s opener, snatched at a first-half opportunity, while Hakim Ziyech should have scored despite the heroic efforts of Ben White’s goal-line clearance.

“It is still early days as players look to get their sharpness back ahead of the Premier League’s return, but just as Arsenal’s defensive frailties will be a concern for Mikel Arteta, Tuchel will surely still have concerns about his forward line.

“When asked about his side’s need to be more clinical in front of goal, the German boss said: “It was a concern of the whole team. It’s very hard after just 45 minutes to play at that kind of level. There were some chances were he [Werner] could be more decisive but he assisted.”

“This is not a new problem for Chelsea, and it is one that will have been at the forefront of Tuchel’s mind this summer. Speculation regarding a new striker at Stamford Bridge has been rife and it would not be a surprise to see that area of the squad bolstered ahead of the new campaign.”

Arsenal boss Mikel Arteta: “First of all, it was a great atmosphere. The fans were right behind the team and I think with 20 or 25,000, they created a great atmosphere at the stadium. It was a great test for us against the best team in Europe. I think we showed some really positive stuff and some worrying stuff when we gave the ball away in difficult positions, and when we had to do defensive organisation, it opened spaces in difficult moments. For what we could do against that team and where we are in pre-season, I think it was positive.”

Chelsea boss Thomas Tuchel: “I thought we played well in the first half, but then in the second half things became more difficult because we made a lot of changes. We are happy. We are not in the freshest state physically at this moment, this is normal in pre-season, but we still managed to get the win which is very pleasing. It was quite an open game, both sides had chances, but overall I was happy with what we created and of course happy to get the win.”

Arsenal’s final preseason fixture before the start of the Premier League season is next Sunday (August 8) against north London rivals Tottenham at the Tottenham Hotspur Stadium; kick-off 2pm.

Arsenal will start their 2021/22 Premier League campaign away at newcomers Brentford on Friday August 14, live on Sky Sports.

Mikel Arteta’s side, who finished a disappointing eighth in the Premier League table, then have a London derby at the Emirates against European champions Chelsea on August 22, before going to current champions Manchester City on August 28.

Arsenal’s Boxing Day fixture is at newly-promoted Norwich, they will host Manchester City on New Year’s Day, and their final game of the season is at home to Everton on May 22.

Chelsea will face Arsenal and Liverpool in their opening three Premier League games of the 2021/22 season, quickly followed by meetings with Tottenham and Manchester City.

Thomas Tuchel’s first full season begins at home to Crystal Palace on the opening weekend, followed by two tough away trips to Arsenal and Liverpool. Aston Villa will then visit Stamford Bridge before Chelsea make the short trip to north London to face fierce rivals Tottenham at the start of September.

This is followed by a Champions League final re-match with Man City, as the reigning Premier League champions look to exact some revenge for the 1-0 defeat in May.